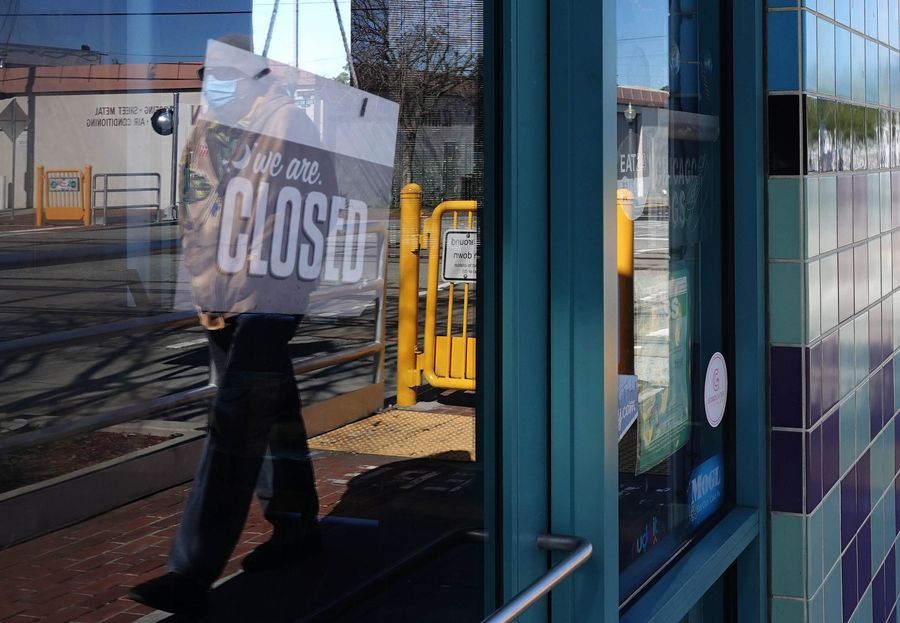 The COVID-19 pandemic marks the end of the longest US economic expansion on record, and 2020 will be the first year of falling global GDP since WWII. The stimulus measures already designed to overcome the economic fallout may not work.

Economists at JP Morgan say $5.5 trillion could be lost in world output over the next two years – almost 8% of global GDP. Even with unprecedented monetary and fiscal stimulus, the world is unlikely to return to the pre-crisis upward trend until 2022.

Many emerging economies are exporters of basic commodities, such as energy, industrial metals and agro foods, where prices have plummeted since 2009. And now output in emerging markets is forecast to fall 1.5% this year.

The World Bank expects sub-Saharan Africa to enter recession in 2020 for the first time in 25 years. It says the region's economy will contract by between -2.1% to -5.1% compared to 2019 growth of 2.4%, costing sub-Saharan Africa between $37 billion to $79 billion in output losses this year, mainly due to trade and value chain disruption.

Many developing countries have inquired about bailouts and support from the IMF and the World Bank. They have up to $1.2 trillion available to battle the fallout from the pandemic – not much compared with the losses in income, GDP and capital outflows.

Before their lockdowns began to bite, somewhere between 10-20% of firms in the US and Europe were barely making enough profit to cover running costs and service their debt. Some retail and leisure chains have already filed for bankruptcy, and airlines and travel agencies may follow. Large numbers of shale oil companies are also floundering.

At the end of 2019, US per capita GDP was 13% below the growth trend prior to the global economic crisis of 2008. Goldman Sachs is forecasting a drop in per capita GDP that would wipe out all the gains of the last ten years. And world trade growth has barely kept pace with global GDP since 2009.

So, will the vast injections of credit and loans being made by the central banks and the huge fiscal stimulus packages from governments turn things around? Central banks and international agencies like the IMF and the World Bank have already purchased government bonds, corporate bonds, student loans, etc. on a scale bigger than in 2008-9.

The fiscal spending approved by the US Congress last month, dwarfs the spending program during the Great Recession of the 1930s.

The size of credit injections and fiscal packages announced to preserve economies and businesses has reached over 4% of GDP in fiscal stimulus and another 5% in credit injections and government guarantees. This is twice the amount during that period, and some countries have pumped in more to compensate workers and small businesses.

Straight cash handouts by government to households and firms in the form of "helicopter money" work on the principle of "forget the banks; and get the money directly into the hands of those who need it and will spend it." This has long been the objective of post-Keynesian economists.

So, fiscal spending financed by "printing money" rather than by issuing debt (government bonds) is now in vogue, as the Federal Reserve and the Bank of England deposit money in government accounts to spend.

These are the policies of Modern Monetary Theory (MMT). Although this monetary financing is supposed to be temporary and limited, it could become permanent. MMT theorists want governments to print money and spend it to create full employment and keep it there. This assumes that if governments spend and spend, households will spend more, and the private sector will invest more.

Yet, where production and investment are based on profit, labor costs are weighed against the costs of investment in technology and productive assets. Therefore, governments that manufacture "effective demand" will not be able to determine investment patterns.

The danger is that monetary and fiscal largesse will be hoarded rather than invested in jobs and production. Instead, it will be wasted on unproductive financial assets – indeed, stock markets of the world have bounced back as central banks pumped out cash and free loans. This may also cause excess demand that cannot be matched by supply, and drive up inflation.

Perhaps the very depth and reach of this pandemic slump will create conditions where capital is so devalued by bankruptcies, closures and layoffs that weak companies will be liquidated and more successful technologically advanced companies will take over, in environments of higher profitability. If so, this would be the classic cycle of boom, slump and boom that Marxist economics suggests.

However, it seems that any recovery from the pandemic slump in Europe and the US will be more drawn out, with expansion below the previous trend for many years to come. If so, it will become another chapter in the long depression we experienced over the last ten years.