OPINIONS The return of the joint venture company

The return of the joint venture company 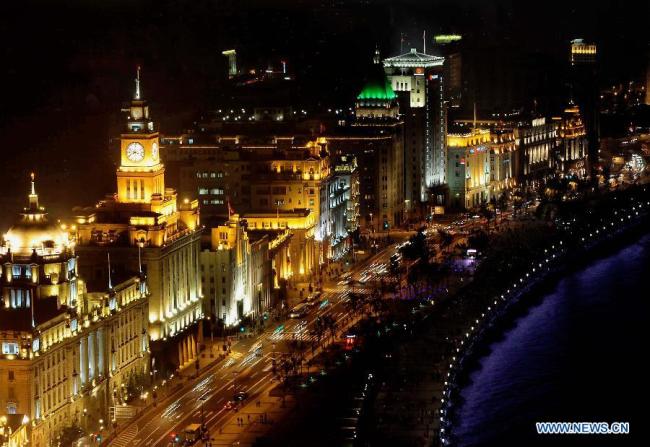 Photo taken on Nov. 11, 2011 shows the night view of the Bund in east China's Shanghai.Photo: Xinhua

An almost forgotten style of investment vehicle is making a comeback to help foreign firms access the Chinese middle class.

I have been doing business in China and advising foreign companies on how to operate here for over twenty-five years.  During this time, I have seen quite a few joint venture companies, most of them in the early nineties, though, when the legal environment was very restrictive for foreign firms and the generally accepted modus operandi was very much to find yourself a Chinese partner, create a joint venture, and hope for the best.

The legal system surrounding foreign direct investment in the People’s Republic of China evolved rapidly during these heydays of double-digit economic growth.  But growth also means that the environment was not mature, that uncertainty was rife.  Then, the economy started stabilizing and the uncertainty receding.  The legal requirements for establishing a joint venture company to channel foreign direct investment became restricted to certain more strategic industries.  The foreign investment catalogue began to allow investors to focus more on sole-ownership projects, and they did.  This was considered a real bounty, back then.  Not having to share the fruits of the investment, or the decision power, sounded extremely enticing.  Actually, for quite a few years, a lot of my advisory business was focused on dismantling said JVs, and helping the foreign companies to restart without a local partner.

I cannot understate my recent surprise when I started identifying a pattern in the new foreign investments we were helping.  The joint ventures were coming back.  But this time, they seem to be completely different animals. The reason behind the resurgence of this type of investment vehicle does not seem to be found in legal obligations, as the law does not require foreign investors to join fate with a Chinese partner anymore.  Rather, it is the need to, well, “jointly venture” with a local partner into the Chinese market that seems to carry this new wave of Sino-foreign companies.

The reason for this is that conditions have changed a lot in China since the early nineties, most of all, the capacity of the Chinese market for absorbing quality products has tremendously increased.  While the Gross Domestic Product of the PRC has seen growth in 2017 at a rate of 6.9%, the retail sector has seen an even faster growth at 10.2% year-on-year.  McKinsey estimates that three quarters of the Chinese urban population will soon be considered as middle class, with an annual disposable income between USD 9,000 and USD 34,000.  This huge number of consumers is not just showing a ravenous appetite for quality goods, but also the capacity to satisfy said appetite, and this is where the best of world products can find an outlet.

In the nineties and early 2000, China was the workshop of the world, and the joint venture model was centered on manufacturing products for export.  Now, there is a domestic market, which has grown with the middle class from a small sliver of the urban population, close to 5% in 2000, to already around 60% in 2017.  The focus of foreign invested companies is noticeably shifting from export to serving domestic consumption.

However, foreign companies successful enough on their home markets to want to commit to the Chinese market are often struggling with access.  Equipped with excellent and battle-tested products, quality services, and sharp marketing, there is no reason why they should not be able to make a killing on the Chinese market.  And yet, they struggle.  The reasons for this are multiple, but in most cases, it is simply a problem of understanding of the local conditions and gaining access to the proper channels.

Serving the Chinese middle class’s aspirations does not just take great manufacturing know-how.  It takes the whole industrial chain to be on point, and this is where the Chinese partner comes in.  In the last couple of years, a number of my clients have moved from wholly foreign owned enterprises to joint ventures.  One of the most striking examples is a US company which had been contract manufacturing the products of a very large multinational for the Chinese market.  As their business was partly acquired by a competitor of their multinational client, they reinvested the vast profits of the transaction into a new company, this time co-owning it with their former plant manager.  The Chinese co-owner took the helm of the operation as well as the responsibility for management of bank financing, marketing and human resources.  The US-Chinese team went from running an operation being held hostage by a very large multinational client dictating their margins, to running a much more nimble and reactive outfit, in tune with the market and the social environment.

The success of this new venture really was a fascinating lesson.  Serving the new Chinese consumer will have to be done from the front lines.  The strategy has to be defined and implemented at all levels by extremely adaptive teams, gathering both local and foreign strengths.  This is why joint ventures are coming back for good.