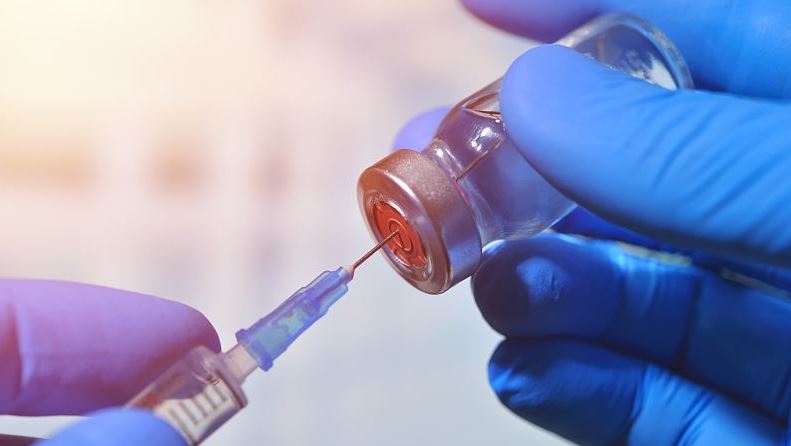 The COVID-19 pandemic continues to reveal shocking underlying infrastructural inequalities around the world. While the United States rapidly rolls out vaccines even to children, countries like India suffer devastating numbers of fatalities each day. India recently reported more than 340,000 daily coronavirus cases – nearly half the global total – and the country seemingly has no end to its crisis in sight.

In response to intensifying political pressure to reduce low-income countries' suffering, U.S. President Joe Biden's administration now supports a waiver of intellectual-property (IP) rights for COVID-19 vaccines so long as the pandemic lasts. This development has elicited two competing responses. Some commentators regard the new U.S. stance as a paradigm shift in the U.S. position that will affect IP protection. But others predict that Biden's new stance will have no impact on vaccine access.

Both positions fail to capture the bigger picture. First, IP protection will continue, including for COVID-19 vaccines in wealthy countries where pharmaceutical firms reap enormous profits. Second, with political will, the threat of a waiver can help shift patent-holding companies' incentives and catalyze mass production of COVID-19 vaccines for low- and middle-income countries. The argument that Biden's policy is destined to, or should, fail is thus unhelpful to U.S. diplomacy and global cooperation during the pandemic.

The effort to achieve global vaccination confronts massive incentive problems. Private pharmaceutical companies responsible to shareholders seek to maximize profits. The longer the pandemic lasts, the more likely it is that new coronavirus variants will require adjusting and distributing new vaccines, and thus the more these firms will profit.

But because viruses know no borders, these governments face the longer-term threat of new imported variants against which current vaccines may be ineffective. Such pathogens would pose a clear risk to citizens' lives and health, and to countries' economic well-being.

In parallel, there is a growing strategic rivalry between the U.S. and China for control of the commanding heights of biotech production. The Pharmaceutical Research and Manufacturers of America (PhRMA), a trade group, plays off this fear to demand control of its trade secrets. And trade secrets, not patent rights to COVID-19 vaccines, are clearly the major obstacle to ensuring wider access to COVID-19 vaccines (especially mRNA vaccines).

Technically, these trade secrets are not an IP right, but are instead protected by "unfair competition" law. The question is how to compel pharmaceutical companies to provide their trade secrets to other manufacturers to produce the vaccines, subject to a non-disclosure agreement and compensation on a cost or cost-plus basis.

Simply put, the incentives of patent-holding companies must shift. Compared to an IP waiver, it is in these firms' interest to sign contracts with manufacturers subject to non-disclosure agreements, thereby enabling mass production of vaccines for low- and middle-income countries.

The threat of a waiver can thus encourage and compel pharmaceutical companies to enter such arrangements. Wealthy countries can bolster these incentives by pooling resources, including through the COVID-19 Vaccine Global Access (COVAX) facility. After all, they have an enormous advantage over poorer economies that are grappling with endemic poverty and unequal negotiating power.

To reach a deal, a critical mass of rich countries – as well as other vaccine producers, including China and Russia – should agree not to benefit from any waiver, including from any compensation arrangement. Pharmaceutical companies then could continue to profit as before. And all countries – in both the Global North and South – would benefit, including from the reduction of the risks posed by new virus variants.

Nonetheless, the waiver negotiations at the World Trade Organization risk becoming symbolic, thus distracting from needed action. The threat of the IP waiver must be real to persuade companies to contract voluntarily for mass global vaccine production. In parallel, a sufficient number of developing countries could issue, or threaten to issue, compulsory licenses – with the support of the U.S., the European Union, and other countries from the Global North – to enhance their negotiating leverage.

This is not a revolutionary change, because the protection of IP rights has always been subject to public-health requirements. But, because the central difficulty lies with trade secrets and not with patents, the WTO Agreement on Trade-Related Aspects of Intellectual Property Rights (TRIPS) is not the main problem.

Even without it, pharmaceutical companies still would have no incentive to release their trade secrets. Paradoxically, TRIPS could now offer a potential benefit by enabling countries to wield the waiver threat to encourage firms to enter the necessary contracts. The Biden administration should act in this vein.

Over 3.4 million people have now died from COVID-19, and millions more lives could be lost as novel variants of the virus threaten to prolong the pandemic. Thoughtful, immediate action on vaccines is needed as a matter of moral and practical urgency. For the Biden administration, that means taking steps now to shift the pharmaceutical industry's incentives.