OPINIONS The ‘somewheres’ and the ‘nowheres’ in Britain’s Brexit mayhem

The ‘somewheres’ and the ‘nowheres’ in Britain’s Brexit mayhem 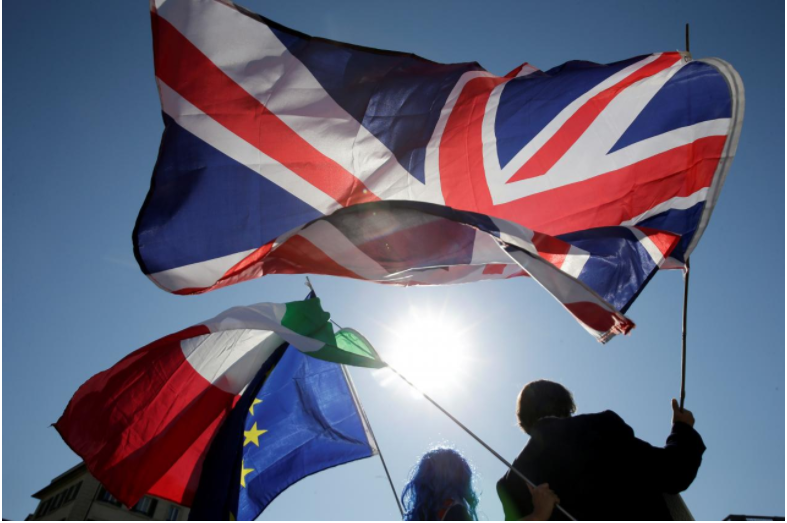 Demonstrators hold flags ahead of a speech by Britain's Prime Minister Theresa May in Florence, Italy September 22, 2017. REUTERS/Max Rossi

Last June’s referendum result on Brexit was close – 52 percent voted for Britain to leave the European Union; 48 percent to stay – but indisputable. Unlike in the U.S., no one believes that Russia altered the outcome. And this was a vote not to “drain the swamp” of Westminster, but to strengthen it. As Gisela Stuart, one of the few Labour MPs who campaigned enthusiastically for Brexit as the head of the “Vote Leave” campaign put it, the electors “wanted to restore genuine democratic government and take back control of the laws that govern them.”

Brexit is what happened when people were given a voice. No doubt that many who voted for it were uninformed; some were voting for a better yesterday; many were fearful of the effects of mass immigration – especially of Muslims. A few Britons didn’t want any foreigners at all. But above all, they wanted to "take back control," and believed that political power should reside in the British parliament.

No matter that those with more sophisticated views of governance saw the desire as foolish: “an attempt to create a romantic idea of what Britain could be like out of the EU,” said the Liverpool University political scientist Andrew Crines. The majority wanted politics to be at least within their understanding, their representatives – liked or loathed – familiar.

It is this view that has rumbled along beneath the surface for most of the 44 years in which Britain has been a member of the European Union; it is what Prime Minster Theresa May meant in her Brexit speech to politicians in Florence on Friday, when she said that the EU “never felt to us like an integral part of our national story.”

Speaking in Washington earlier this week, Mark Carney, the Canadian who leads the Bank of England, warned of higher inflation, interest rate rises and slower growth, and forecast that Britain – unlike the other advanced countries – would be “an example of deglobalization, not globalization.”