OPINIONS The telecoms industry is changing, but Washington may score an own goal

The telecoms industry is changing, but Washington may score an own goal 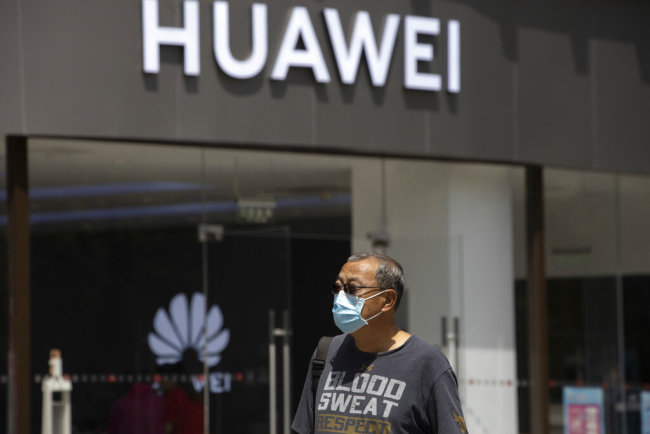 A man wearing a face mask to protect against the coronavirus walks past a Huawei retail store in Beijing on May 18, 2020. (Photo: AP)

When Washington blacklisted Huawei last year in hopes of disrupting the Chinese telecoms giant’s growth, the effort failed. Instead, Huawei’s profits soared. Now, a second “Trump card” is being played. The administration’s latest move: restrict companies that use American technology and software from selling products to Huawei without permission.

But that’s a double-edged sword. Over 300 U.S. firms -- including chip-makers Intel, AMD, and Qualcomm, and chip-equipment suppliers KLA, Applied Materials, and Lam Research -- will suffer. Losing the world’s No. 1 telecoms equipment supplier and No. 2 smartphone maker will have long-term effects on their revenue, and threaten tens of thousands of American jobs.

Washington secured an investment deal from the world’s largest contract chip-maker, TSMC in Taiwan, partly to make up for jobs affected by the Huawei ban. It’s reminiscent of Foxconn’s $10b U.S. project, which President Trump called “the eighth wonder of the world” when it was announced in 2017 as an LCD factory. But plans for the site have changed repeatedly, and it now makes ventilators for coronavirus patients. When TSMC launches mass production - assuming all goes well - only 10 percent of the jobs promised will be created.

Could the TCMC project be another Foxconn “wonder?”

Because the new policy gives Washington long-term jurisdiction over foreign firms, resistance is natural. No firm wants to be told how to use property it paid for. And any company outside of the US could be labeled a threat to national security.

China won’t sit and watch Washington take down a Chinese firm. The latest 2.2 billion-dollar state investment in China’s largest chip-maker, SMIC, sends a clear signal, by supporting a backup chip supplier for Huawei. China may not be developing the most advanced chips in the short term, but it’s just a matter of time. Put boots on the ground and they will survive. Huawei will come back. It’s not another Toshiba or Alstom.

Washington wants to single-handedly remap the global telecoms industry. But it’s also warning others to have a Plan B.