OPINIONS The times call for a successful BRI

The times call for a successful BRI 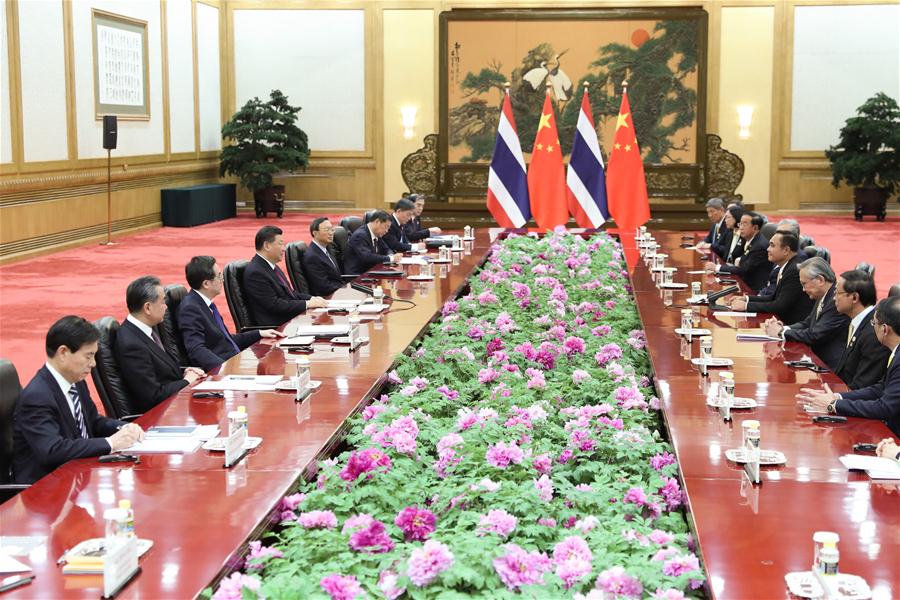 Chinese President Xi Jinping delivered a keynote speech at the opening of the Second Belt and Road Forum for International Cooperation (BRF) on Friday. He introduced measures China will take to further expand its opening-up. Apart from widening access to capital markets and strengthening protection of intellectual property rights, China will not seek a trade surplus, will import more agricultural products and services and will not pursue currency devaluation that harms others.President Xi put forward the high-standard and high-quality development of the Belt and Road, emphasizing the importance of sticking to a green and clean approach. This shows the construction of the Belt and Road will be upgraded.The BRF is the largest event in the world that focuses on development. It responds to the development needs of countries and confronts various issues in international economic cooperation. Both the forum and the Belt and Road Initiative (BRI) are becoming more attractive. All major powers in history, guided by geopolitics, realized national expansion through expanding spheres of influence. Based on their own experiences, the US and some other Western countries believe the BRI carries China's geopolitical ambitions as the Marshall Plan did. They believe obstructing the BRI could be an effective way to contain China's rise. China is rising in a way different from that of other powers. China's approach is to continuously expand its opening-up to the world and share its quality resources, such as the market, with the world, so as to build win-win cooperation.Italy and Switzerland recently participated in the BRI. A NATO member state and a country surrounded by US allies, can they become China's "sphere of influence?"There are shortcomings in the construction of the Belt and Road, and adjustments and improvements are needed. This is a normal process that such a grand and large-scale international cooperation project has to undergo. The BRI will establish an effective platform to meet the development needs of the world. It's not a place for empty talk, showcasing values or playing political games. Putting one construction project after another into practice, bringing benefits to all parties involved and promoting the economic development of participating countries are the value orientation of the BRI.One of the reasons why the US doesn't support the BRI is it spends too much on defense, and its ability to build bridges and roads and develop industries has been weakened. The BRI has no purpose to confront others. Its openness is unprecedented in the history of international multilateral cooperation. Even if there is some confusion and criticism with it, China doesn't respond with confrontation.