The US Trade Representative (USTR) is holding tariff hearings on the next $200 billion's worth of Chinese goods from August 20-24 and on August 27.

During the hearings, hundreds of people are presenting testimony, representing a wide swath of US companies producing goods ranging from home building supplies to technology products, bicycles and apparel.

Besides, The USTR said that the "public comment" period for the $200 billion list will be extended from August 30 to September 5.

Once the proposal passes through the hearings, the US will impose another $200 billion's worth of Chinese goods, which means the trade issue isn't solved but escalated.

According to Yu Yongding, former president of the China Society of World Economics and director of the Institute of World Economics and Politics at the Chinese Academy of Social Sciences, it is possible that the proposal will be accepted after the hearings, because President Trump wants to tell the American public that he is the tough guy, and he is the only one who dares to confront China. 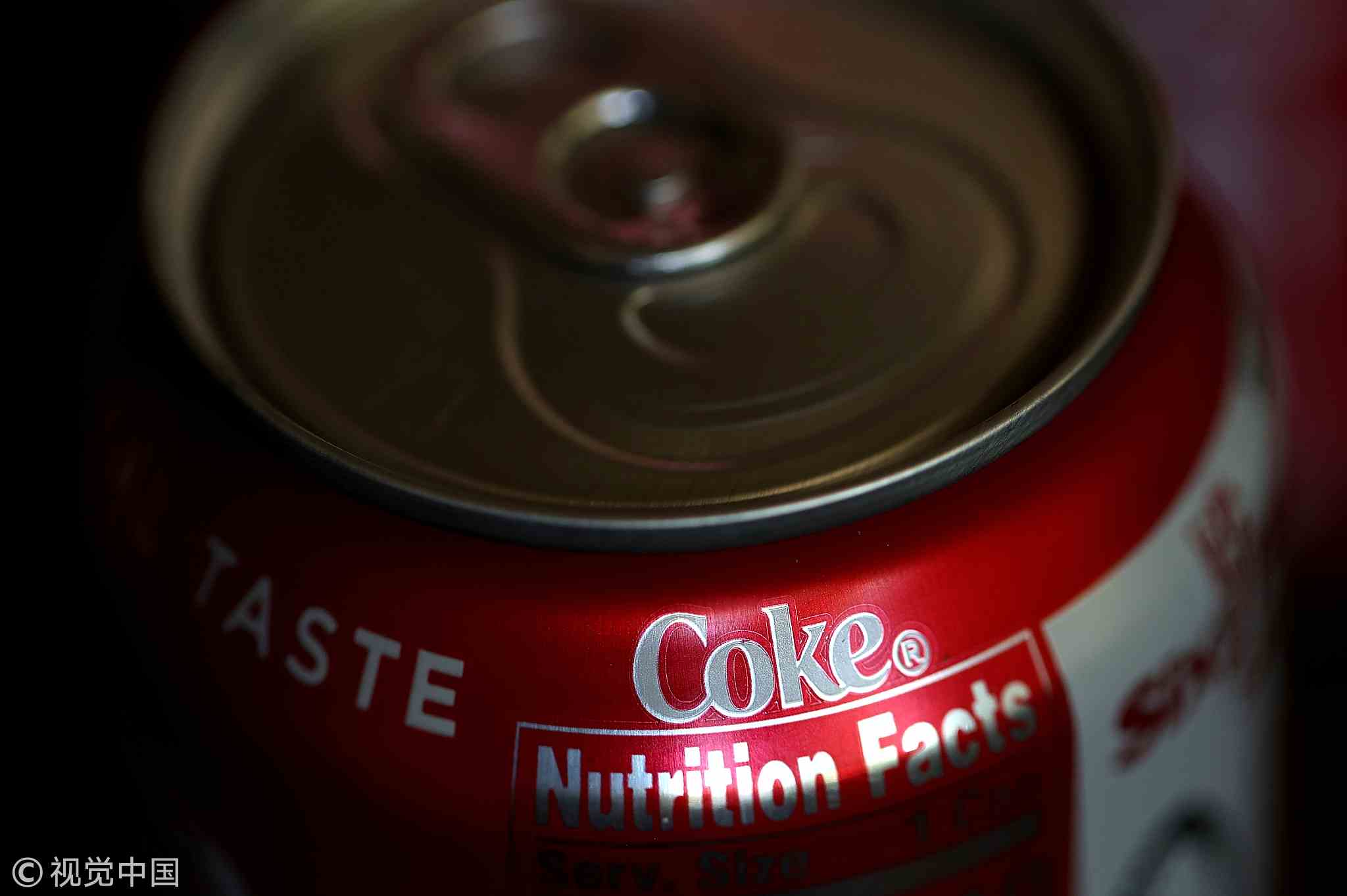 Cans of Coca-Cola are displayed on July 25, 2018, in San Rafael, California. Coca-Cola announced plans to raise soda prices in North America due to rising costs of metals following tariffs imposed on Chinese imports by the Trump administration. (Photo: VCG)

However, because the damages that will inflict on the US economy by the tariff rise, the US government may have to think twice before imposing the new tariffs. Hence, another possibility is that the US government will talk about the imposition loudly, but postpone the implementation for a long while.

When it comes to China's attitude, Yu believes that despite the hardships caused by this trade conflict, China has no choice but to respond to Trump's provocation in a reasonable, firm and restrained way. China's response is aimed at deescalating rather than accelerating the tension with the United States.

Yu notes, in the first round of China-US trade negotiations in May, American delegation presented a long list of demands to China, which asked China to cut the trade deficit with the US by at least 200 billion US dollars by the end of 2020 from 2018 levels, to immediately cease providing subsidies and government support to industries targeted by Made in China 2025, to withdraw its request for WTO consultations in US tariff measures and to take no retaliatory action in response to the actions taken by the US. How possibly can China accept this ridiculous and surreal ultimatum? 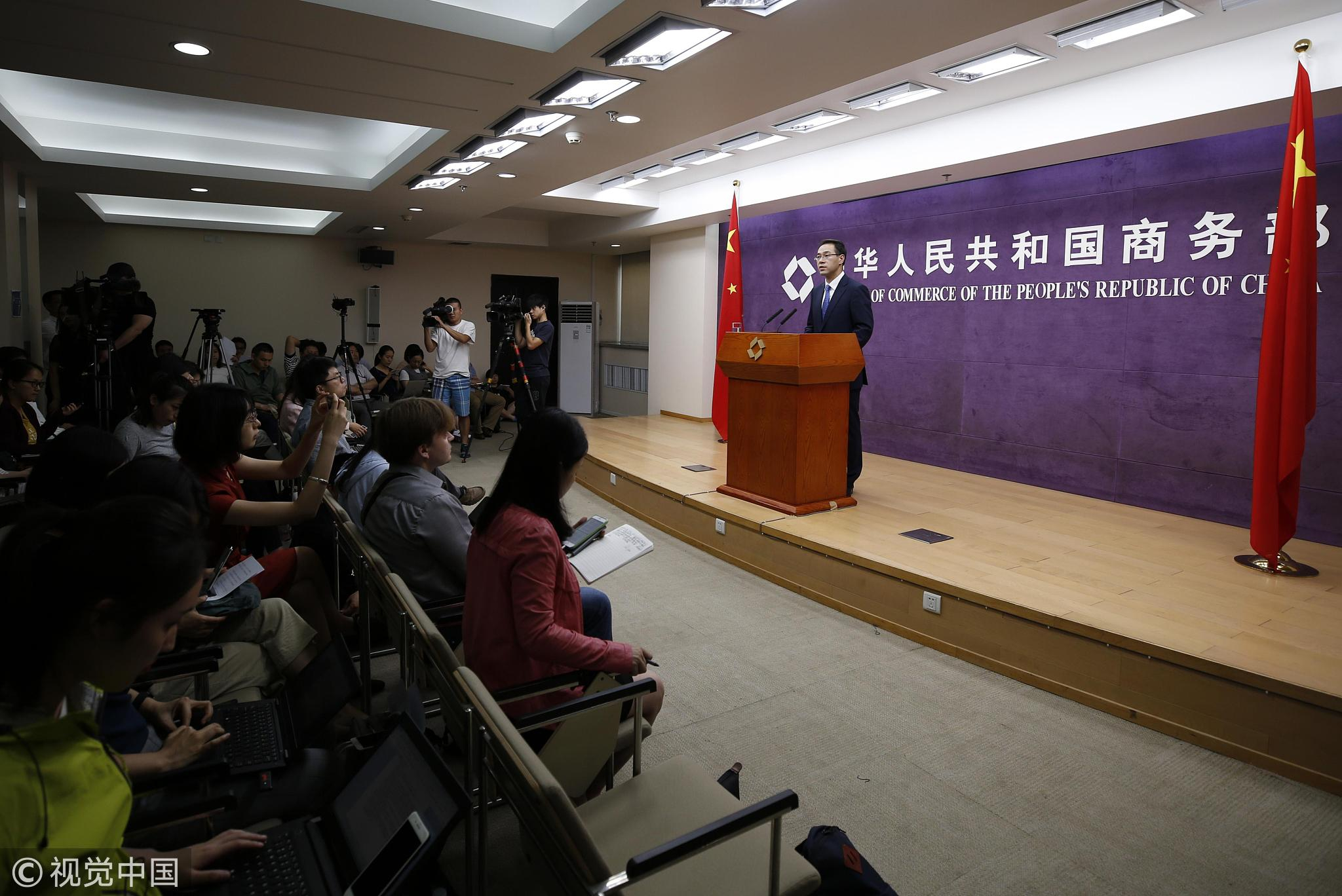 The Ministry of Commerce of China holds a press conference about the trade dispute between China and the US, July 12, 2018. (Photo: IC)

After three rounds of negotiations, the hope once was raised that the war would be averted, when the Secretary of Treasury Mnuchin declared that "We are putting the trade war on hold. Right now, we have agreed to put the tariffs on hold while we try to execute the framework."

However, on June 16, 2018, President Trump announced that the US would go ahead with its plan to impose additional tariffs of 25 percent on products worth 50 billion US dollars imported from China, taking effect on July 1. Thus, trade friction quickly shaped up to become a full-blown trade war.

According to Yu, the US has three main complaints against China. The first is China's trade surplus against the US. The second is what it says China's failure in implementing its WTO commitments. The third is what it alleges China's unreasonable acquirement of the US technology.

These complaints are negotiable. However, the Trump administration has no interests to strike a trade deal with China, despite that no one could win in the trade war. The reason behind the US government's attitude can be found in the"National Security Strategy of the United States of America."

According to this report signed by President Trump, "China and Russia challenge American power, influence and interests, attempting to erode American security and prosperity. They are determined to make economies less free and less fair, to grow their militaries, and to control information and data to repress their societies and expand their influence."

Hence, the US needs to "rethink the policies of the past two decades – policies based on the assumption that engagement with rivals and their inclusion in international institutions and global commerce would turn them into benign actors and trustworthy partners. For the most part, this premise turned out to be false." Therefore, to contain China is becoming the policy objective of the Trump administration. The trade war is just one way to contain China's economic development.

What is the real motivation for the US to launch the trade war? 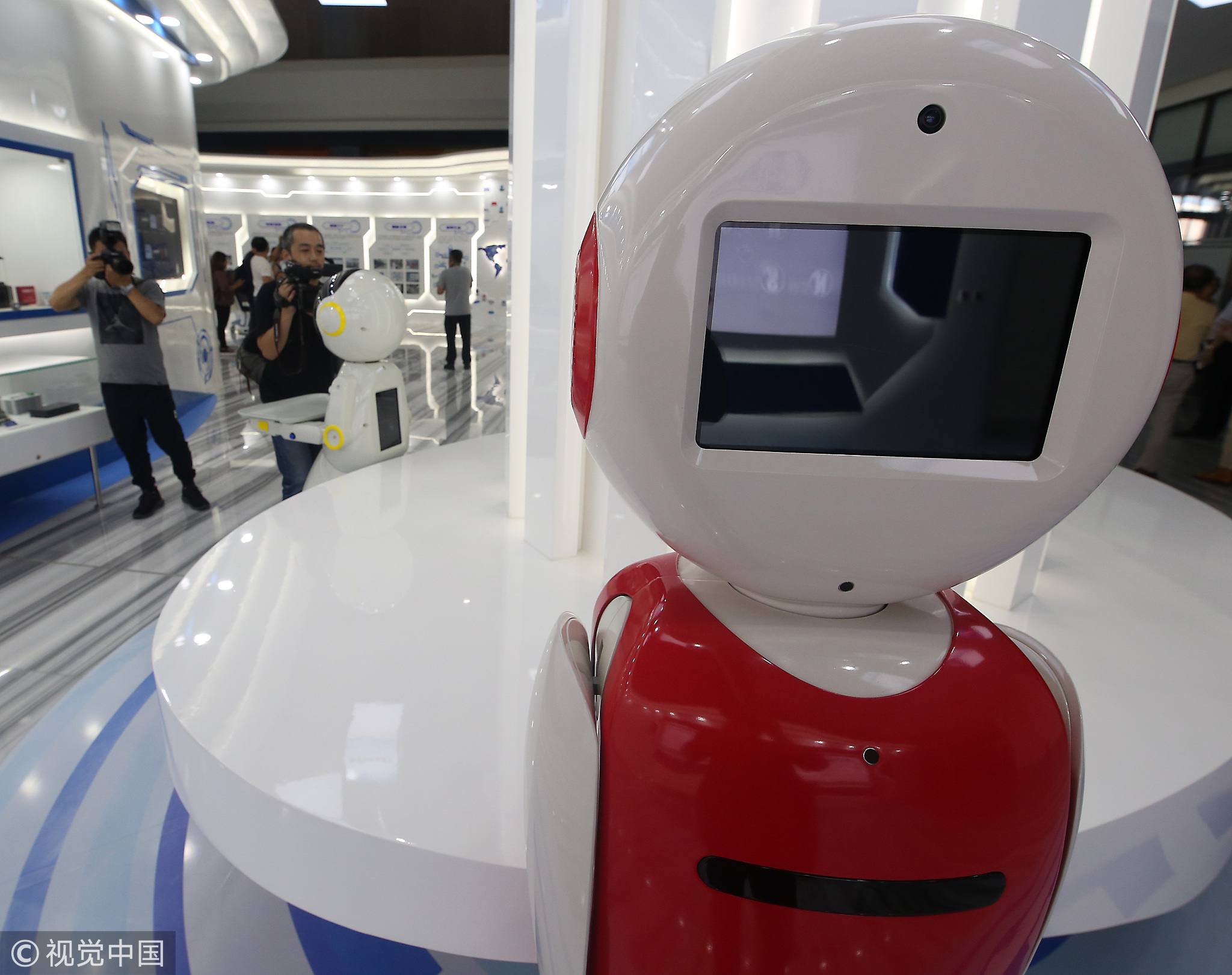 The American administration failed utterly in this regard. The widening gap in income distribution caused great resentment among population and populism is on the rise. Many blue-collar workers believe that it is China that deprives them of job opportunities, being responsible for their ailing economy. US President Donald Trump attempts to capitalize on the tariff for the purpose of strangling China's development.

Yu pointed out that America's accusations of China's unfair trade don't add up. In his opinion, the insufficiency of national savings is the fundamental cause of America's trade deficit with China, instead of China's "unfair competition" as asserted by the American central government.

America's ban on selling some products, especially the high-tech products to China is also a contributing factor to the American trade deficit against China.

The long-standing US export restrictions on China's technology fully demonstrate that for the US government to maintain its strategic technological advantage and curb China's development is more important than achieving trade balances.

As for America's accusation of forcing American companies to transfer technology, Yu argues that transferring technology in joint ventures is a normal and reasonable market behavior that accords with the requirements of WTO, as long as there is no government intervention. Ever since joining WTO in 2001, China has fulfilled most of its promises.

As Pascal Lamy, the former director-general of the WTO said: "China has done really well in terms of implementing its long list of commitments." Its average tariff is a good case in point. 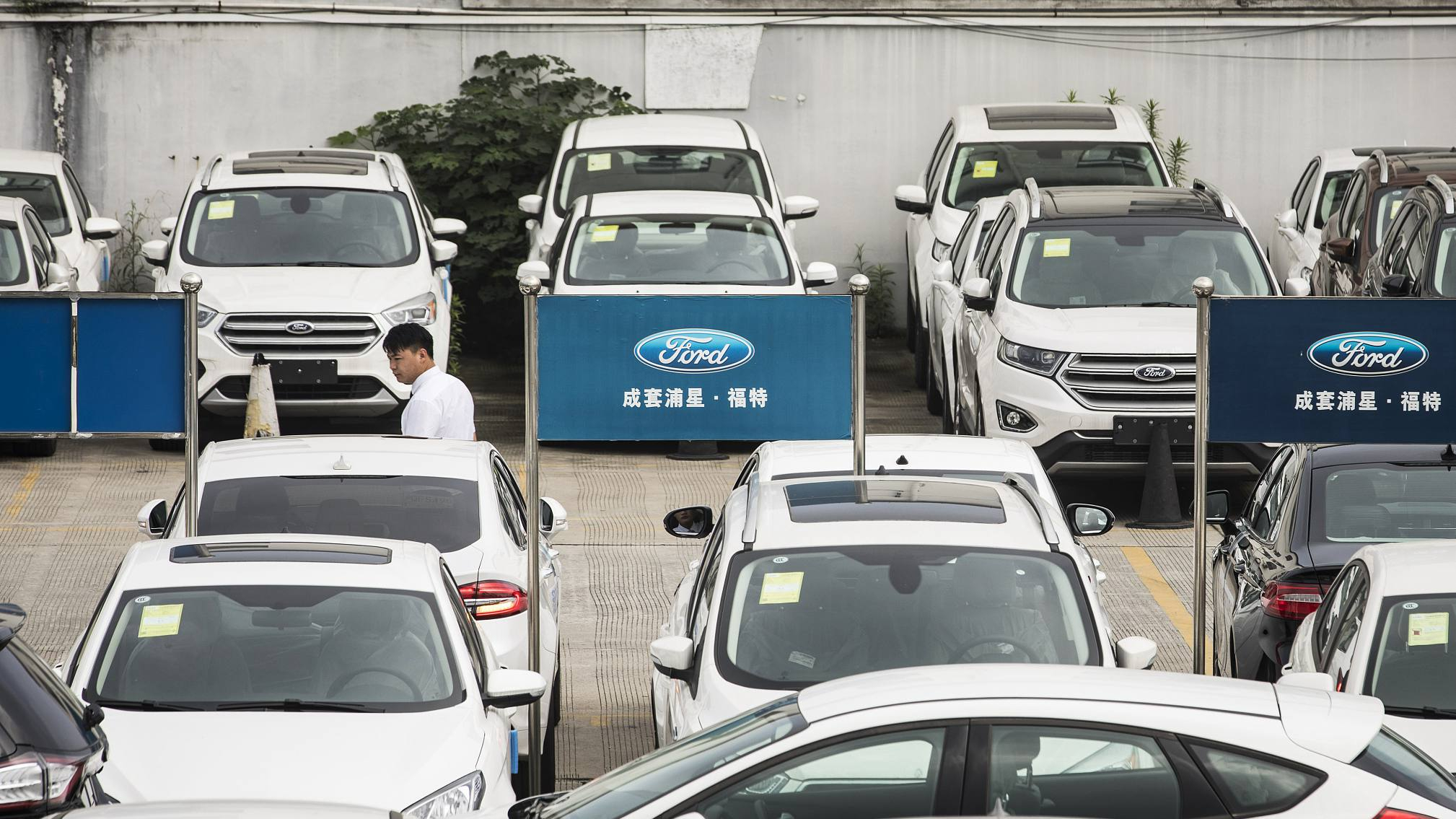 There is no denying that China's WTO compliance is not above criticism. China should treat the complaints seriously by WTO members about "certain services sectors not being open sufficiently, and that intellectual property rights [IPR] protection needs to be improved."

Why does the US keep complaining China's unfair trade even though China complies with regulations set by WTO?

Yu pointed out that the United States' is no longer interested in the question of whether China has fulfilled its WTO compliance. The US trade representative claimed: "The US erred in supporting China's entry into the WTO on terms that have proven to be ineffective in securing China's embrace of an open, market-oriented trade regime."

This statement implies that for the US the issue concerned is no longer whether China has fulfilled its WTO commitments, but how to reset rules to constrain China.

No wonder, the Trump administration resorts to the Section 301, a domestic law, rather than to the WTO trade dispute settlement mechanism to deal with China-US trade friction.

In the final analysis, the main purpose behind America's launching the trade war is to restrain China's development, especially its technical development. The US views China as the main threat to its global supremacy.

Yu predicts that trade frictions and wars will be an important feature of China and US relationship for the years to come. The trade war will be a war of attrition. In his opinion, on the one hand, China will never surrender to the US in the trade war. On the other hand, China should be patient and allow the event to run its natural course.