OPINIONS The US has become a public enemy of the world

The US has become a public enemy of the world 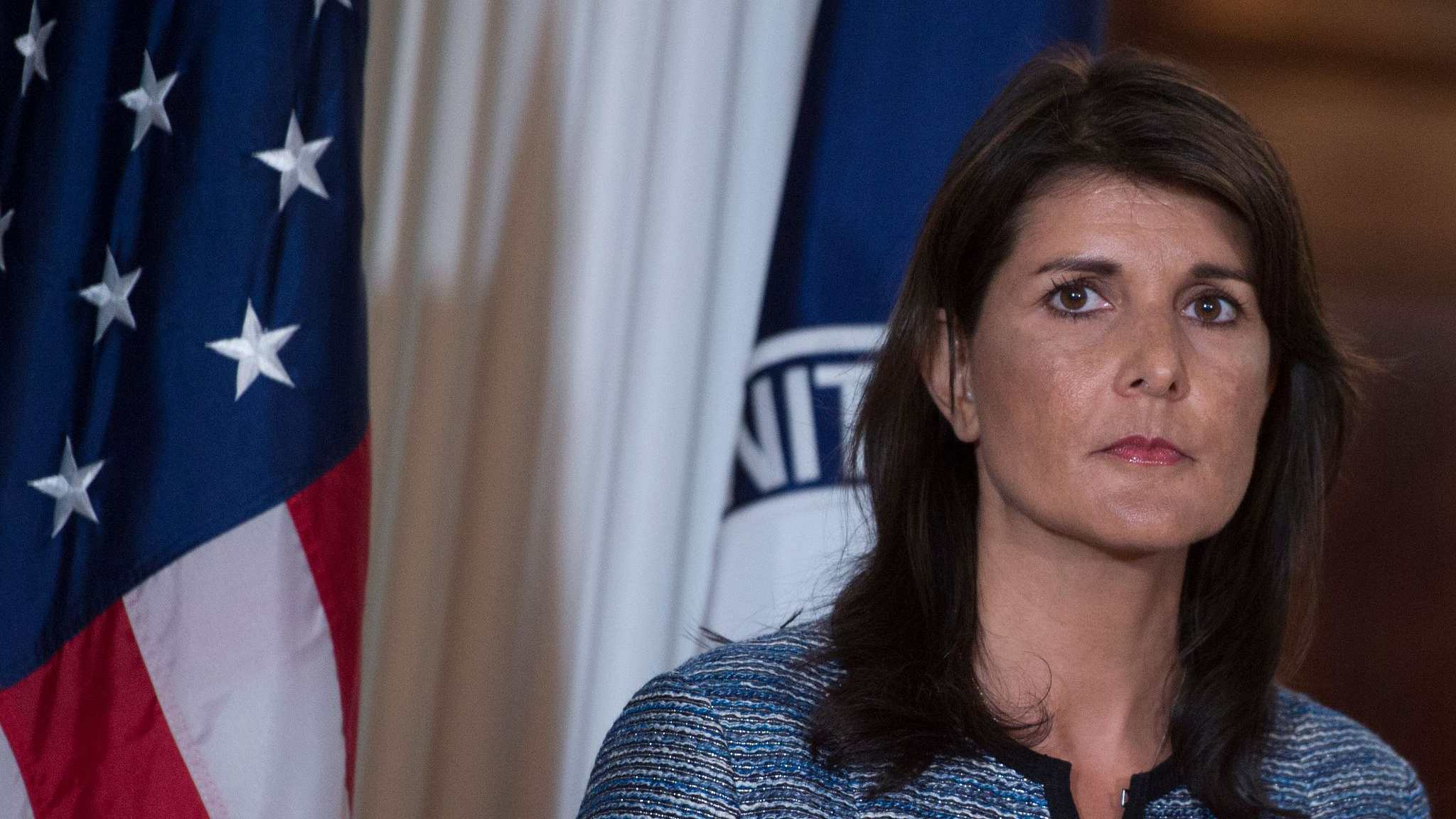 Donald Trump once again made global headlines on Tuesday as the United States announced its withdrawal from the UN Human Rights Council (UNHRC).

Holding high the banner of "America First," Trump's governing style seems to follow a certain pattern: The slightest disagreement leads to him either walking away or threatening to walk away from multilateral frameworks.

Trump has pulled the US out of the Paris climate act, the Trans-Pacific Partnership, the UNESCO, and the Iran nuclear deal, leaving his former allies and the entire international community stunned.

Before Trump became US president, his most famous slogan was "You are fired!" After he took office, his favored practice seems to be "I will quit." And he always finds a reason for his actions.

Why is the US quitting UNHRC?

The US has long criticized the UNHRC for passing resolutions against Israel, accusing it of “chronic anti-Israel bias.”

Washington boycotted the forum for three years under former President George W. Bush and only rejoined the council when Barack Obama took office in 2009.

This time, US Ambassador to the United Nations Nikki Haley said, "For too long, the Human Rights Council has been a protector of human rights abusers, and a cesspool of political bias."

The decision is related to Trump's actions. Trump recognized Jerusalem as the capital of Israel, and uproar followed. In Gaza, a group of Palestinians were killed by Israeli soldiers.

With such a large number of casualties, the UNHRC called for an investigation. This angered the United States. Haley slammed the UN and described the probe as a shameful act against Israel.

Unlike the UN Security Council, in the UNHRC, the United States has no veto power and cannot stop an investigation into Israel's actions.

What makes Trump even angrier is that the UNHRC has commented on the policies of the United States!

As part of his plan to combat illegal immigration, Trump's policies led to the separation over 2,000 children from their parents at the US-Mexico border, stunning the Western world and leading to intense criticism.

Even First Lady Melania Trump spoke out, saying she "hates to see children separated from their families," and “believes we need to be a country that follows all laws, but also a country that governs with heart," her communications director, Stephanie Grisham, told CNN on Sunday.

I will do what I want to do!

“I will do what I want to do,” this is Trump's style! No matter what other countries say or do, “I don't care!” Look at what he has done since taking office:

Trump squabbled with the president of Mexico on the phone; he slammed the Australian prime minister during a phone call; he pretended not to see the outreached hand of German Chancellor Angela Merkel.

More recently, he left a G7 meeting early and even blasted Canadian Prime Minister Justin Trudeau, accusing him of being "weak and dishonest."

This week, he intervened in the internal affairs of Germany and challenged Merkel. He said that Merkel's open door immigration policy has increased the crime rate in Germany, but in fact, the data shows the opposite is true.

Merkel has warned that the United States' outlook has changed, and said the Europeans must rely on themselves.

Previously, Western countries have closed their eyes to the behavior of the United States. However, the Trump administration’s steel and aluminum tariffs have touched their own interests.

The Western countries are in shock, as they find that being a “little brother” of the US is by no means safe, and their “big brother” will turn against anyone.

How can the US claim to 'lead'?

At present, in the United States, people are protesting Trump’s immigration policy. His confidantes have left one by one. In the international community, the traditional American allies are angry at Trump’s treachery.

Trump has always regarded the settlement of the Korean Peninsula nuclear issue as his greatest diplomatic achievement. He even wants to win the Nobel Prize. Buoyed by the recent summit with Kim Jong Un in Singapore, he immediately turned face and tore up his previous commitment not to trigger a trade war with China.

However, what he did not expect was that on the same day that he withdrew from the UNHRC, Kim was coming to China for the third time.

Democracy, freedom, and human rights, values a president of the United States normally espouses, are all absent from Trump. The United States has become a public enemy of the world.

How can it “lead” the world in the future? And how can a president who messes up the world win the Nobel Prize?