OPINIONS The US' role in fueling violence in Hong Kong

The US' role in fueling violence in Hong Kong

In other words, the prejudiced Western mouthpieces backed the violent protesters' use of face masks to conceal their identity while they hurl petrol bombs against life and property, attack police officers, police stations, and vehicles, and vandalize Mass Transit Railway (MTR) stations and government offices. 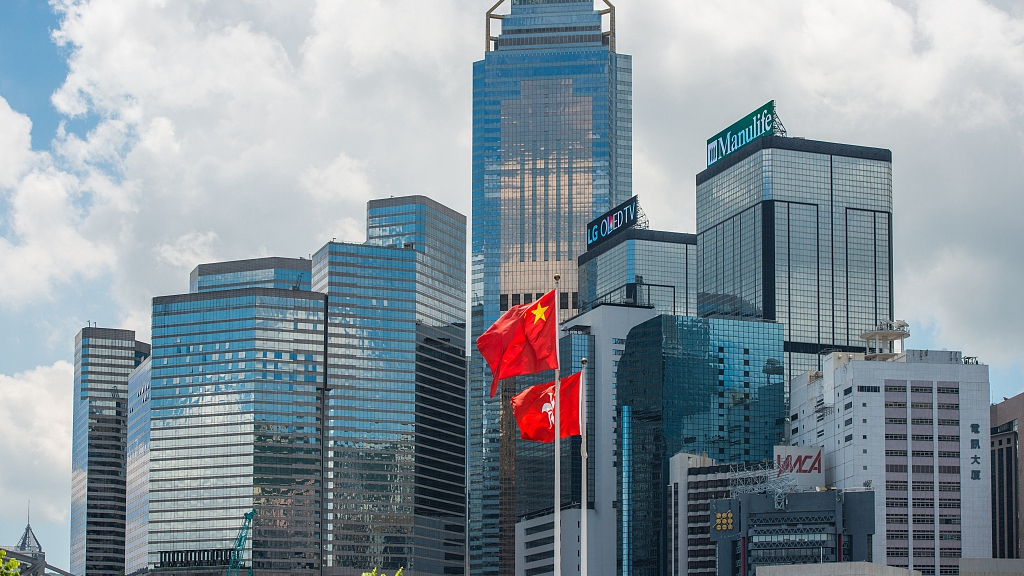 On October 4, the months-long outbreak of violence forced the MTR Corporation to suspend its operations in Hong Kong. MTR ridership has taken a severe hit,  becoming one of the biggest casualties of the violent protests in the HKSAR. Patronage of its High Speed Rail (HSR) dropped by 30 percent to 36,900 per day in August.

MTR's other services such as the airport express, inter-city light rail and bus services have also plunged significantly. This, in turn, severely hurt Hong Kong's tourism sector, which provides jobs for a large section of the population.

As MTR is the most common source of transportation in Hong Kong, with about 90 percent of the population using it, targeting the mass railway system alongside the wide use of inflammable materials for protests shows the radicals' malevolent approach to trigger bedlam in the city.

The latest round of protests opposing the mask ban is absurd. If the protesters were peacefully organizing the rallies and assemblies, which they weren't, they should have welcomed the newly-imposed law to isolate the radicals from ordinary protesters.

But because the protesters have plans to wreak havoc in Hong Kong, they differ with the proscription. The raids and splinters of public property and trains by dozens of black-clad protesters in August give a glimpse of where things are heading.

The United States is certainly banking on the opportunity to create angst among the people in Hong Kong toward the Chinese mainland. Last month, two Hong Kong-based "pro-democracy activists" Joshua Wong Chi-fung and Denise Ho Wan-see testified before the U.S. Congressional-Executive Committee on China (CECC) to seek support by passing the Hong Kong Human Rights and Democracy Act.

Republican senator Rick Scott's recent accusation of Lam and establishment leaders – in response to Lam's letter that conveyed her grievances about the controversial Act as an amendment to U.S.-Hong Kong Policy Act of 1992 – spells out more profound doubts about U.S. intervention in Hong Kong.

Scott's remarks were outrageous as Lam invited his attention to the fact that the amendment would hurt the U.S. interests as well because the U.S. has had a trade surplus of 297 billion U.S. dollars with Hong Kong over the past decade, and there are about 1,400 American firms and 85,000 U.S. citizens in the city.

He is now pushing some people in Hong Kong to trigger further chaos by chanting "They are determined to fight, and some of them are prepared to die for it."

While Speaker of the House Nancy Pelosi also welcomed Wong and Ho to the Capitol in September, lauded them "for challenging the conscience," and urged the U.S. government not to let "commercial interests" drive foreign policy in the region. The series of the events strongly ratifies China's claim of foreign intervention in its internal matters.

However, despite all these provocative steps, the Hong Kong campaign lacks the legitimacy that is fundamentally required for a popular movement. For any rights movement to succeed, it requires an upright leadership, support from a broad segment of the society and peaceful pursuance of the cause.

But the Hong Kong "pro-democracy" campaign gravely lacks all the three crucial and basic components. While protests have never been peaceful, and a large majority of the people have rebuffed the violent calls, the "pro-democracy activists" have largely relied on foreign countries, which for the people of Hong Kong is no less than an act of treachery.

Hence, the movement for democracy, which is driven by foreign interference, is largely counterfeit and bound to nosedive.

After returning in late September, Ho accused the police of turning down his requests even though "it is in our rights to peacefully assemble." But the subsequent incidents and the retrieval of inflammable and dangerous explosives demonstrate their veiled subversive intent.

While the supposed "pro-democracy activists" insisted that their plea was neither a petition for a foreign interference nor a call for Hong Kong independence but rather for human rights, democracy and freedom to choose – throwing petrol bombs, interrupting MTR station services and injuring at least 25 policemen expose a plan that was devised in Washington to trigger mayhem in Hong Kong.

Foreign handlers of "pro-democracy activists" are desperate to fuel the violence in Hong Kong so that they could openly meddle in China's internal affairs. The latest discovery of explosive weapons and dangerous implants by the city police tells of their veiled plans to disrupt the Chinese National Day celebrations.

Editor's note: Azhar Azam works in a private organization as a market and business analyst and writes about geopolitical issues and regional conflicts. The article reflects the author's opinions and not necessarily the views of CGTN.