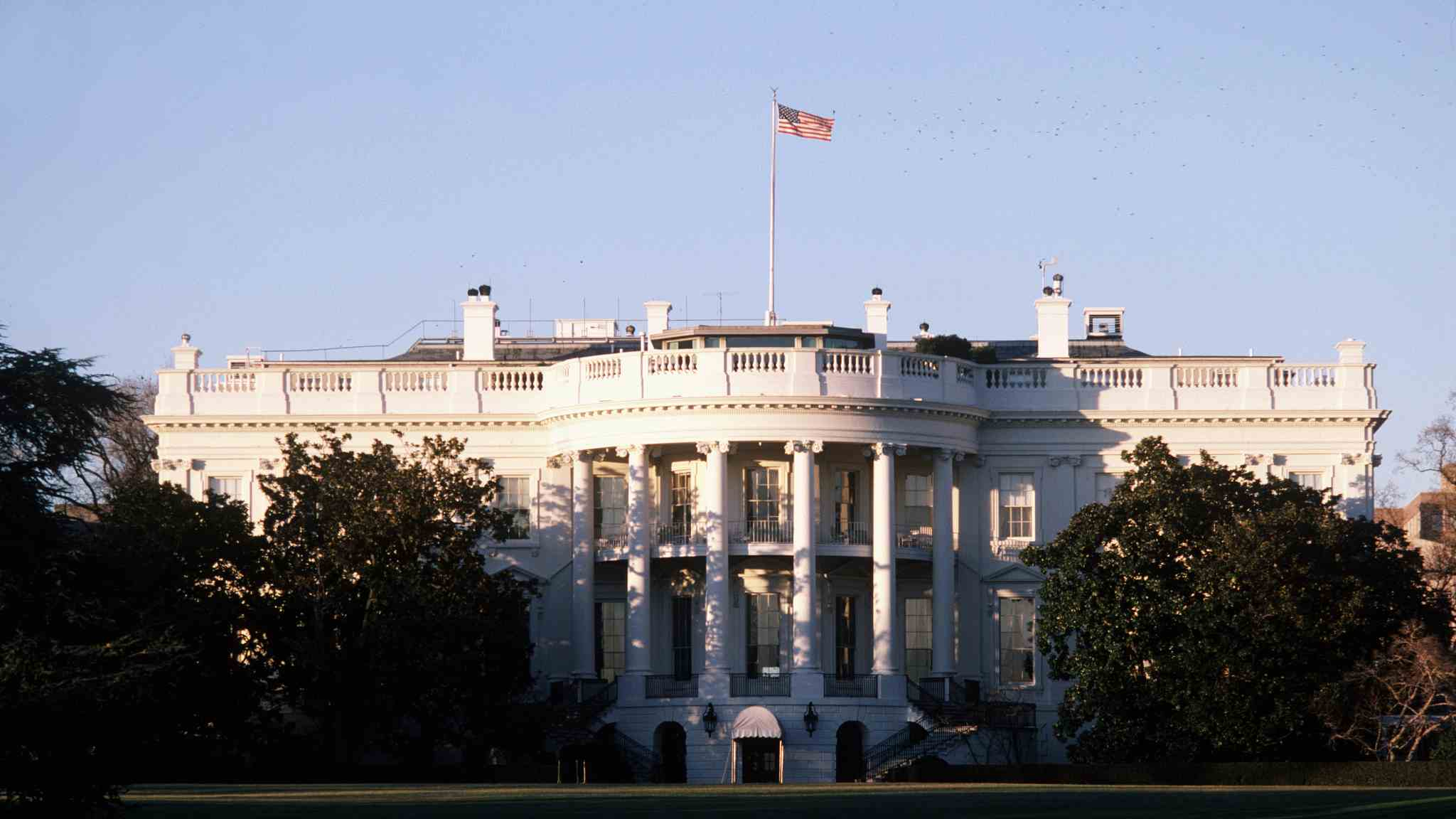 On June 19, the White House released a report entitled "How China's Economic Aggression Threatens the Technologies and Intellectual Property of the United States and the World". The report says that while China has experienced rapid economic growth to become the world's second largest economy, much of that growth has been achieved through aggressive acts and government policies, and is therefore guilty of economic aggression.

Even though there's no definition whatsoever of economic aggression in international law, the US government outrageously defined another country's economic behavior as "aggression", an act rarely seen in post-World War II history. This article discusses the definition of economic aggression in light of the White House report and basic knowledge of international law. The writer seeks to argue that China is in fact acting as a contributor to the global economy rather than as an aggressor. The US, on the other hand, by initiating a trade war in an attempt to contain China's economic development, is the one actually carrying out economic aggression.

The White House report has given no clear definition of ‘economic aggression.’

I was born in Jilin Province, which was under Japanese control during the “Manchukoku” period. The aggression, as I understand it, was mainly military occupation related to sovereignty. If you extend it to the economic sphere, Japanese aggression started with a colonial economic system including industry and agriculture. The purpose was to serve the needs of Japan’s domestic economic growth. The main measures of aggression included overt robbery, smuggling and low-cost acquisitions. Japan caused Northeast China to lose its economic sovereignty and become Japan's resource supplier. The people of Northeast China suffered deeply.

When World War II ended in 1945, the International Military Tribunal interrogated the aggressors including Japan. At that time, US prosecutor Robert H. Jackson said, "To initiate a war of aggression is not only an international crime; it is the supreme international crime differing only from other war crimes in that it contains within itself the accumulated evil of the whole."  Put simply, aggression is the trampling on sovereignty, the sin of all sins, and erosion of peace, and the damage is supreme.

The White House, while releasing the first ever report containing the term economic aggression in its title, has also failed to define economic aggression, let alone explain which article of international law it references to support the idea.

I would like here to have a discussion with the White House about the nature of so-called economic aggression.

The four categories and the concrete activities listed in the White House report cannot support the notion of aggression by China.

Firstly, if China's protection of its home market constitutes aggression, then what about the US President's declaration of an "America First" policy, and the high protective tariffs the US levies on many countries including China? Can’t these also be described as acts of aggression? Isn't “America First”, which forces the interests of other countries to be subordinated to those of the US, an invasive economic declaration?

Secondly, the US also describes the expansion of China’s global market share as aggression. If so, then what about the US practice of standing at the top of the global value chain and maintaining advantages in goods and service trade? Isn’t that economic aggression? In fact, global expansion is nothing but the rightful pursuit of international trade. With American capital at work in virtually every corner of the world, hasn’t it ever occurred to the US that this might be regarded as aggression?

Thirdly, if control of natural resources constitutes aggression, then it’s important to define the word “control”. There is a clear distinction between regular business transactions and control. If purchasing resources via regular trade activities is aggression, then how should we regard the initiation by the US of regime change in order to take control of oil production in the Middle East? That’s what many might perhaps call economic aggression.

And fourthly, the US holds China guilty of economic aggression because it controls the traditional manufacturing sector. Note the difference here between possession and control. It’s true, China does possess a lot of traditional manufacturing businesses. In comparison, the US not only boasts of but also lays strict control over its high-end technological sector. By the same US logic, can’t that be regarded as an act of aggression?

Last but not least, the business activities the report refers to are far from being acts of aggression. Such activities and related international norms are clearly specified in the legal provisions of the World Trade Organization. There is no reason to call such activities economic aggression. Nor has the WTO offered any definition for such a term. The US has at times arbitrarily extended the application of WTO rules and has now discarded these, unilaterally laying charges of economic aggression.

How should we then define economic aggression?

International law and especially WTO rules are based on solid logic and approaches. For example, in order to define dumping, the subject, the activities of the subject, and the consequences of those activities (the level of harm they cause to others,) must all be taken into consideration. Let’s try to define economic aggression using these criteria:

Firstly, the subject of the activity must be defined. In the White House report, multiple subjects including the Chinese government, businesses, and even scholars and students, are all sweepingly targeted and charged as guilty. In contrast, according to international academic discussions, the subject of an act of aggression is usually a nation state.

Secondly, there must be aggressive acts involved. The most common cases of aggression seen at international martial tribunals or in the UN Charter involve the trampling of a nation’s sovereignty. Politically speaking, sovereign rights are the most sacred of any country and represent its highest interests. As an important element, economic sovereignty empowers a country to exercise the highest and independent jurisdiction of its economic activities. The critical criterion to determine whether there is economic aggression is to examine whether another country’s economic sovereignty has been compromised.

Thirdly, those acts should be political in nature. International economic laws including the WTO rules clearly define such activities as tariffs, embargoes, boycotts, dumping and asset freezing etc. The basic activities in global trade as well as their characteristics, consequences and regulatory measures are all covered by existing laws. Therefore, all activities in the trade friction between China and the US can arguably be solved by following existing international law. For example, the UN defines a blockade, i.e. preventing the transportation of goods by force, as invasion.

I would argue that aggression is a politically motivated activity in nature. If it must be extended to the economic realm, it only applies to extreme activities which bear significant political purposes such as a blockade.

Fourthly, the actions are aggressive in nature, and cause injury in the highest degree.

Take the “Anti-dumping Agreement” as an example. In paragraph one of Article 3, it says: A determination of injury for purposes of Article VI of GATT 1994 shall be based on positive evidence and involve an objective examination of both (a) the volume of the dumped imports and the effect of the dumped imports on prices in the domestic market for like products, and (b) the consequent impact of these imports on domestic producers of such products.

As we can see, the WTO here gives its rules on how to define injury from trade policies. WTO rules are recognized by the world’s multilateral systems as good laws. So how does one determine the extent of injuries from economic aggression? Robert H. Jackson said that a war of aggression is an international crime and the most severe of all international crimes. To apply this opinion in determining the impact of economic aggression, one should say the injuries should also be in the highest degree, as this type of aggression will destroy a country’s economic capabilities and even demolish its whole economic system.

For example, does it violate international law to expand one’s market share globally through commerce? If yes, then other countries should never attempt to use the same methods in retaliation. If the US deems China guilty of economic aggression because it wants to protect its domestic market and expand its market share worldwide, the US shouldn’t resort to such actions themselves.

From the above analysis, it could be said that economic aggression occurs when: first, the subject of the behavior is a nation. It is the action of one nation against another; second, the action has been committed and caused injury in the highest degree, constituting a full-scale attack on another country’s economic capabilities, with the aim of demolishing that nation’s economic sovereignty; third, the actions exhibit marked political motives; and finally, international laws are being referenced. No nation should be allowed to use this term in an arbitrary and irresponsible way.

Based on the above characteristics, I would like to define economic aggression as follows: it is an act of aggression that violates international law, and is committed mainly by political means to infringe on the economic sovereignty of another nation and consequently causes serious injury to that nation’s economy.

Here’s a final question in reply:

If the White House labels China an economic aggressor, how will it explain President Donald Trump’s “America First” slogan? How will it justify US transnational companies reaping the biggest profits in the global value chain while employing cheap labor around the world? What will it call America’s control of the global financial system and crude oil market? It is high time the White House came to terms with the true definition of “economic aggression”; or the term will boomerang and become a portrait of itself.

One final rhetorical question here: by initiating a trade war and believing it essential to contain the rise of the second largest economy in the world, isn’t the US already guilty of economic aggression? It is nothing but economic invasion to attempt to contain the all-round growth of another nation’s economy and infringe on its economic sovereignty. The trade war launched by the US surely constitutes a true act of economic aggression.