The US spying scandal in Europe should not be played down 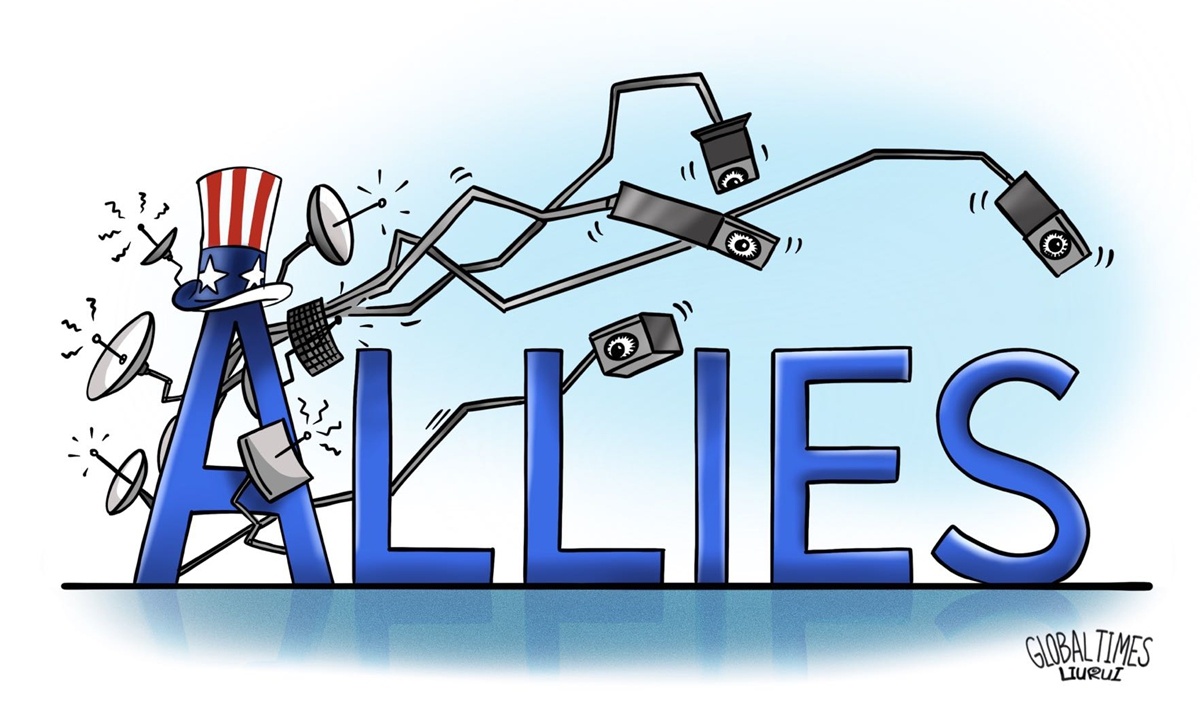 The US has used Denmark's secret service to spy on leaders of many European countries including German Chancellor Angela Merkel, European media revealed on Sunday. Denmark is a close ally of the US. According to media reports, Denmark hosts several key landing stations for subsea internet cables to and from Sweden, Norway, Germany, the Netherlands and the United Kingdom.

In 2013, Edward Snowden, ex-contractor of the American National Security Agency, blew the whistle on the US' PRISM surveillance program, which aroused strong dissatisfaction in European countries such as Germany. But the protests from the European side didn't lead to a result. This time, the European media has exposed more details about the US' spying on leaders of European countries, especially the role that Denmark had played in it. It contains a large amount of information and is really shocking.

There is no equality and mutual respect within the West. The US leadership on its allies is not conducted in accordance with rules, but is full of coercion and compulsion. It's not easy to be a US ally. Not only is their sovereignty is infiltrated, but they are monitored by Washington at any time. This is the cold reality under the deceptive appearance of unity between the US and Europe.

Denmark's betrayal of European countries to help the US spy is a reminder of the depth of US power in Europe. It is believed that Denmark is aware of the immorality of cooperating with US institutions, but they have deliberately feigned ignorance and have permitted such moves. This can portray the relations between small European countries and the US, their "big brother."

The news makes the world further see the true face of the US. Washington's true moral character is revealed to the world. The image of the so-called one of the largest democracies as the boss of a sinister gang has become more vivid.

When linking US' groundless accusation that Huawei, a Chinese tech giant, has been selecting intelligence for China, This news from European media outlets has made people thoroughly understand US hypocrisy. We believe that the reason why the US has groundlessly accused China is because the US itself has been doing so, and the US is convinced that any force with some kind of dominance will conduct the same espionage. The US is trying hard to depict China in its own ugly image.

Many people worry that Europe may not protest against the US on the scale as large as the one in 2013. After making some reactive narratives, Europe would probably submit to humiliation. But we believe how Europe responds to the US' exploitation of Denmark's secret service to spy on leaders of European countries is not merely a matter for Europe itself.

The US has repeatedly claimed that it is under external cyberattacks and accuses China and Russia for this matter. When the US has been caught by European media outlets, it has an obligation to explain to maintain the moral legitimacy of a common international condemnation of cyberattacks.

The US is a superpower out of control. It has infringed on the interests of other countries, persisting on its own ways. Furthermore, it blatantly pursues double standards. The US has become the biggest source of destabilization in the world. It will certainly not be easy to restrict the destructive power of the US. Yet the international community should not discard relevant attempts and efforts. This is in the common interest of all countries.