OPINIONS The US trade war upgrade solves nothing

The US trade war upgrade solves nothing

In spite of overwhelming opposition from the international community and US industries, the United States announced Monday that it will impose additional tariffs of 10 percent on 200 billion US dollars’ worth of Chinese exports to the US, and will also adopt other tariff escalation measures. The Chinese Ministry of Commerce on Tuesday expressed deep regret, and has warned that in order to safeguard its legitimate rights and interests and the global free trade order, China will have to simultaneously carry out counter-measures. 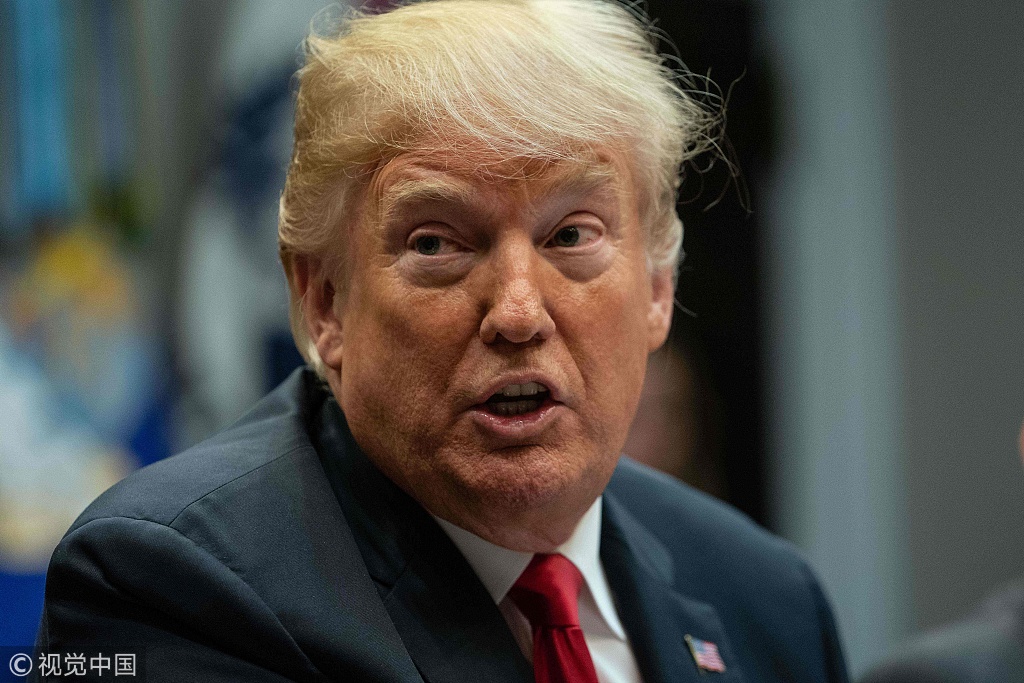 The irrational decision made by the United States has escalated the Sino-US trade war. Just a few days ago, the US side sent an invitation to hold a new round of economic and trade consultations with the Chinese side. The Chinese side welcomed it, and the global market responded positively. But now, the US side has thrown talks into question by announcing the date of additional tariffs on about 200 billion US dollars' worth of Chinese products. The move is an obvious attempt to put maximum pressure on China to extract higher rewards. However, the Chinese side is now warning that this has created new uncertainties between the two sides. China is still holding out hopes that the US side will recognize the possible negative consequences of its moves, and take steps to correct them in a timely manner.

In fact, no matter how volatile the US is, China has enough confidence and tenacity to do its own things well, resolutely defend its core interests and the fundamental interests of the people, as well as resolutely defend free trade and the multilateral system.

Among the list of new tariffs on Chinese products, many of them don't have a lot to do with China, but will have a huge impact on American consumers. The Christmas shopping season in the United States is approaching. As Bloomberg News has noted, "Trump's next trade war shot could hit Americans from head to toe." As a result, industry representatives and trade experts such as the American Chamber of Commerce, the National Retail Federation and the Information Technology Industry Council are opposing what they describe as the continued promotion of a “harmful tariff policy." Adam Posen, president of the Peterson Institute for International Economics, bluntly states that "the US approach to tariffs will lose the trade war with China."

China has already prepared a series of differentiated rates for tariffs on about 60 billion US dollars’ worth of products imported from the United States (the implementation date depends on the US action), reflecting rational restraint, flexibility and precision, with the aim of reducing its impact on people and businesses. At the same time, the Chinese side also indicated that it will evaluate the actions taken by the US side and reserves the right to continue to introduce other countermeasures. This shows that no matter what moves the US makes next, China will respond calmly.

Figures also show China's trade dependence has fallen to 33.7 percent in the first half of this year, with trade dependence on the US falling to 4.6 percent. This means that China's economic growth will be more dependent on domestic consumption and investment. At the same time, China has a huge market of nearly 1.4 billion people, the most complete industrial categories in the world, an institutional advantage of concentrating power to accomplish big things, as well as an unshakable opening-up strategy. China has the ability to resist any external shocks and continue to do its own things well.

Donald Trump has said that "As President, it is my duty to protect the interests of working men and women, farmers, ranchers, businesses, and our country itself." If this is truly the case, he should take a closer look at the joint letter of the 150 trade associations in the United States against trade wars, and listen carefully to the voice of a lobbying campaign, titled "Tariff Damage to the US Hinterland," initiated by more than 80 industry associations in the United States. The essence of Sino-US economic and trade is mutual benefit and win-win cooperation. Cooperation is the only correct choice for both sides. If President Trump really wants to protect the interests of the United States, its businesses and people, he should correct his irrational decision as soon as possible and signal sincerity and goodwill toward Sino-US negotiations to resolve economic and trade disputes.