OPINIONS The virus has not started a war, but racism might do just that

The virus has not started a war, but racism might do just that

On March 17, U.S. President Donald Trump tweeted, "The United States will be powerfully supporting those industries, like Airlines and others, that are particularly affected by the Chinese Virus. We will be stronger than ever before! " 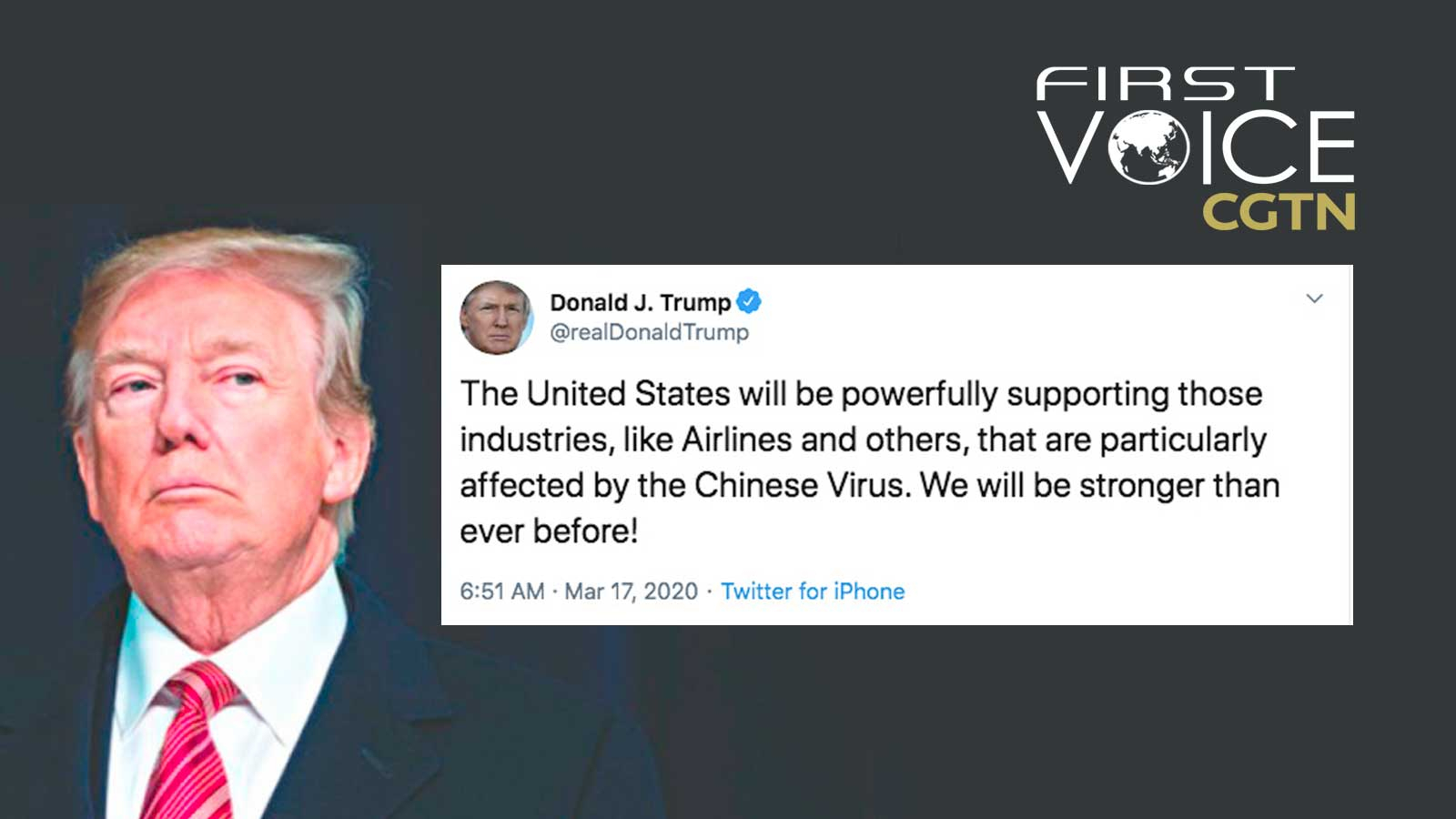 This was the first time that the U.S. president has publicly labeled the COVID-19 as "the Chinese virus." Reactions followed through and his affirmation was met with wide criticism, as many of his followers from different countries began to label him as "the American virus."

Eugene Gu, founder and CEO of Coolkit, replied to Trump saying:“I've been deathly afraid of this exact moment where Trump turns to racism and xenophobia and calls COVID-19 the 'Chinese Virus.' We are in deep trouble as a nation now that President of the United States makes the conscious decision to go down this dark path of hate.”

That is absolutely right. First and foremost, Trump's tweet is open racism. For some time, there are many U.S. mainstream media and the Democrats blaming him for racist words and expressions, but every time he denied it. However, from this tweet, we have clearly seen his real side, and we as Chinese, demand a formal apology.

Second, it is open xenophobia. In a global pandemic like this, the only fear should be from the virus itself, not from a country. In fact, China's efforts to fight the virus have been recognized by many heads of state as well as doctors and medical experts from around the world.

There's no need to fear China at this stage when China has made great progress treating the disease. Newly confirmed domestic cases from a day ago fallen to less than 40, while the newly confirmed cases abroad have risen to nearly 7,000

Jonathan Arnott, a former member of the European Parliament, said in the article "Attacking China won't help the West defeat COVID-19" that instead of blaming China for it, it is time to ask why China contained the virus with unprecedented experience from other nations and the rest of the world has not contained it even with China's experience at first hand.

Third, it shows that Trump has no knowledge on scientific naming of a virus. The World Health Organization (WHO) has announced on its website that the virus should be named SARS-CoV-2 and the disease should be named COVID-19. It has no affiliation with a particular country.

On February 11, WHO Director-General Tedros Adhanom Ghebreyesus clarified the naming process by saying, "Under agreed guidelines between WHO, the World Organization for Animal Health and the Food and Agriculture Organization of the United Nations, we had to find a name that did not refer to a geographical location, an animal, an individual or group of people, and which is also pronounceable and related to the disease." 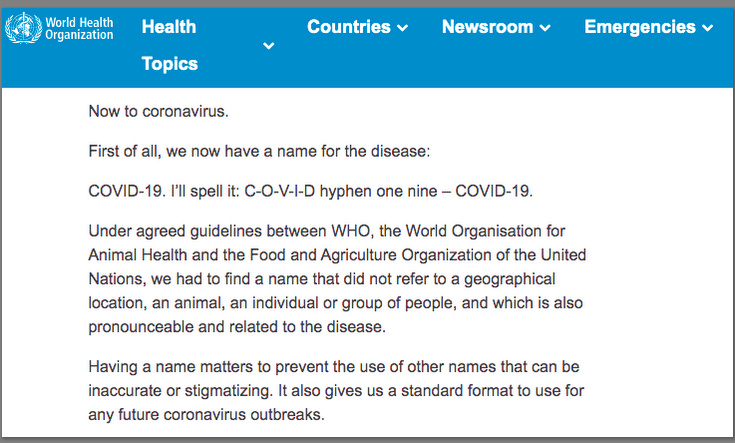 Screenshot of the World Health Organization (WHO) Director-General Tedros Adhanom Ghebreyesus's remarks on naming the disease at a media briefing on COVID-19 on February 11, 2020.

This is not the first time the WHO officials clarify its naming practices. The WHO issued "best practices for naming new human infectious diseases" on May 8, 2015, by stating that the use of names such as "swine flu" and "Middle East Respiratory Syndrome (MERS)" has had unintended negative impacts by stigmatizing certain communities or economic sectors. "This may seem like a trivial issue to some, but disease names really do matter to the people who are directly affected."

Some have argued that if there was the Plague of Athens, Spanish Flu, why shouldn't there be a Wuhan virus or even a Chinese virus? The Plague of Athens was nearly 2,500 years ago, and the Spanish flu was more than 100 years ago. Only last century, anti-racism movements began to take steam and eventually got popular.

When the U.S. was founded, many white families owned black slaves, and some of the Founding Fathers of the United States were some of those families. But that was in the 18th century, if Americans owned slaves today, they would be committing a crime. We are living in the 21st century, and laws have changed greatly when it comes to racism. If we are still sticking to the norms of past centuries, what is the point of human progress?

Fourth, Trump's tweet undermines the world effort to win this battle against COVID-19 together. As the disease is spreading rapidly, more countries began to shut their borders to travelers around the world.

Borders closing may stop the human flow, but it is very hard to stop the flow of the virus. As two famous American public health advocates Chelsea Clinton and Devi Sridhar said in a blog post in 2017 "Bugs don't recognize nationality."

"Microbes have not yet met an ocean, wall, or national border they could not permeate. Zika once again has demonstrated that large and small countries, relatively wealthy and relatively poorer countries all are dependent on a larger infrastructure for their national health security – even the United States cannot rely solely on itself to fight an outbreak or protect itself and Americans from the next one."

Borders are closed to common visitors but not to people helping each other with protection masks and other medical equipment. From the beginning, when China heard other countries needed medical aid and experiences to combat the virus, China sent out experienced medical staff and equipment to Iran, South Korea and Italy where the virus hit the hardest.

Just two days ago, countries including Spain, the Philippines, and Serbia asked China for emergency medical aids and curing experiences, and we are willing to help out even if the disease inside China has not come to an end.

The COVID-19 disease has forced humans to isolate and quarantine from each other. We as humans must be smarter than the disease. The disease is battling people all over the world, not a war among them, but racism might do just that.

To avoid a war, racism must be stopped. China has a saying, "one in trouble, all will help." America has a creed, "E Pluribus Unum" which means "out of many, one." This shows the wit of China's ancestors, that when a crisis comes, we fight it together, as we are building a community with a shared future for mankind.