The West is accomplice of terrorism by demonizing China's Xinjiang policy

From "leaked government files" to the "Uyghur Human Rights Policy Act of 2019," Western media and politicians have been keeping a close eye on China's Xinjiang Uygur Autonomous Region. By shouting human rights slogans, the West acts as if it is the only savior to rescue the millions of the Uygur people from the "oppression" of the Chinese central government. 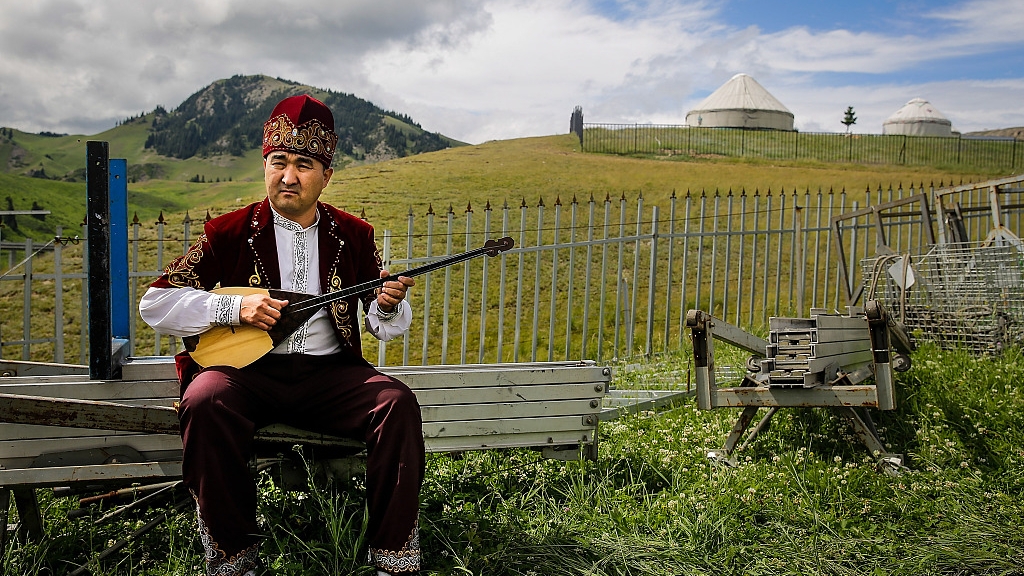 Interestingly, while Western media outlets never save ink in their Xinjiang coverage, they simultaneously remained silent on CGTN's newly released documentaries that tell of China's anti-terror fight in the region and the role the East Turkistan Islamic Movement (ETIM) played in inciting horrible attacks across China.

Ample evidence has confirmed ETIM's inextricable links with Al-Qaeda. Rozi, a leading ETIM member, even acknowledged their meeting with Bin Laden – the mastermind behind the September 11 attacks – in the documentary.

No one would ever forget the horrific scenes of hijacked planes crashing into the twin towers of the World Trade Center and the Pentagon in 2011 and the years-long efforts the U.S. made in tracking and eventually executing Bin Laden. But when it comes to China, terrorist attacks that killed hundreds of innocent lives were maliciously depicted as minorities' "fight for freedom" and the justified anti-terror combat as "oppression" and even "prison" for innocent Uygur people.

To fight terrorism, the U.S. even deployed its military forces to Afghanistan. Compared with the U.S., China's anti-terror endeavors are much milder but more effective – education. As many attackers turned out to be underemployed young people who are susceptible to extremist sentiments, education is the fundamental solution to nip terrorism in the bud. It is in this context that vocational education and training centers were established in Xinjiang.

The ETIM is adept at using religious and ethnic identities to advocate extremist views. Its misinterpretation of the Koran has successfully lured undereducated young people to martyr themselves. Committing suicidal terror attacks will never mean afterlife in heaven, but will only contribute to the ETIM's malicious intention to split China. This is why education is of vital importance to prevent young people in Xinjiang from falling prey to terrorism that is becoming increasingly deceptive, subversive and seditious.

China's anti-terror endeavors deserve applause. While thousands of terrorist attacks were launched in Xinjiang from 1990 to 2016, killing large numbers of innocent people and hundreds of police officers, the region has seen no violent attack for three consecutive years. According to Monday's press conference on Xinjiang's stability and development, the region received 150 million tourists in 2018, up 40.1 percent year-on-year.

Unlike the U.S., a country adept at using military force in anti-terror combat, China has notably improved Xinjiang's public security via education. In fighting terrorism, it is showing the utmost respect for human rights. However, the West, branding itself as a traditional bastion of human rights, responded by pouring dirty water on these justified anti-terror endeavors.

If the West really cared about human rights, why did it choose to remain silent after watching the bloody scenes of the ETIM-incited terror strikes? The only reasonable answer would be – "human rights" is merely an empty slogan and a convenient tool by the West in its anti-China campaign.

Journalism advocates fair and objective reporting. However, Western media has been repeatedly found selective in its coverage of China. Any story that conforms to Western political and ideological agenda would be extensively hyped, while voices friendly to China would be muted in Western newspapers and news programs. Western media has increasingly downgraded to political tools by so-called elites.

All human lives deserve respect. While China mourns lives lost in the September 11 attacks and applauds Washington's fight against Al Qaeda, the hundreds of innocent Chinese lives lost in Xinjiang terror attacks deserve respect as well. They should never be purposefully forgotten in the West's anti-China political campaign. If the West insists on its justification of Xinjiang attacks and demonization of China's anti-terror fight, it would be an accomplice of terrorism.