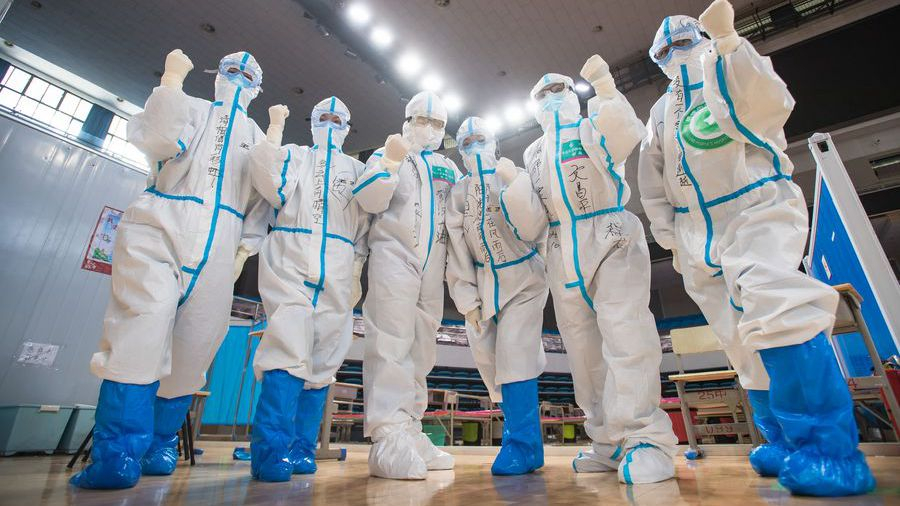 China's National Health Commission spokesman Mi Feng said on Sunday that a second round of COVID-19 infections breaking out in China is a dire possibility. In his words, "China already has an accumulated total of 693 cases entering from overseas, which means the possibility of a new round of infections remains relatively big." This coincides with what USA Today reported late last week in a piece headlined "8 strains of the coronavirus are circling the globe. Here's what clues they're giving scientists."

The world is still scrambling to learn as much as possible about this pandemic, but the news that separate – though closely related – strains are spreading across the planet is a cause for concern. It's currently unclear whether recovered patients can still fall ill from the same strain, but there's a possibility that they could become sick if they contract another one that was brought into the country from abroad. This credible fear explains why China recently barred entry to most foreigners, including those with valid visas and residence permits.

At the beginning of the global outbreak, there was serious concern that some of the countries that enacted similar moves against Chinese citizens were either overreacting or doing so to advance an unstated racist agenda. Those past worries aren't discredited in the present day despite the changed situation since not much was known about the pandemic at that time, meaning that China had the right to question those policies that weren't properly articulated in most cases and thus seemed pretty suspicious to implement.

Now, however, there is little doubt about how dangerous COVID-19 is, which is why China is entirely justified in barring most foreigners from the country, as are the countless other states such as Russia which have recently done the same. Social distancing, whether in the domestic sense of restricting citizens' movements or the international one of prohibiting the entry of most foreigners, is now the most reasonable policy to pursue if states desire to contain this pandemic without riskily experimenting with so-called "herd immunity."

China is a step ahead of the rest of the world since it's pretty much already overcome the initial outbreak from a few months ago due to its proactive social distancing policies in Hubei Province and the rest of the country more broadly, but it and the rest of the world must now exercise caution to avoid a second wave of COVID-19 infections there and in the other outbreak zones that might soon recover as well. The Chinese experience proves that imported cases, which might be from different viral strands, now pose a serious threat to all.

It is the responsibility of the international community to do what's needed in order to protect mankind, which naturally includes being understanding of China and every other countries' current policies aimed at slowing the spread. While their respective approaches might differ from state to state owing to the fact that they're all sovereign nations with the right to tackle this challenge however they see fit, the common denominator is that everyone is doing whatever they sincerely believe is needed in order to get everything under control.

The current objective is to contain initial outbreaks, prevent secondary ones (whether naturally occurring within one's own borders or brought into the country from abroad), and thus buy enough time for scientists to learn more about this disease so that they can ultimately produce a vaccine as soon as possible. Since China was the first country to suffer from COVID-19 and subsequently recover, it's also the first one to confront the threat of secondary infections, so its response will once again pave the path for the rest of the world to follow.

The current trend across the world is indisputably the promulgation of social distancing policies at both the domestic and international levels, which will likely remain in place for at least the next month or two. It's important for everyone to understand the necessity of these measures and for governments to avoid politicizing them in an attempt to score soft power points against their perceived rivals. China is at the forefront of the world's response to the evolving threat of COVID-19, so it should be supported during this crucial time.