OPINIONS The worst peace is better than the best war

The worst peace is better than the best war 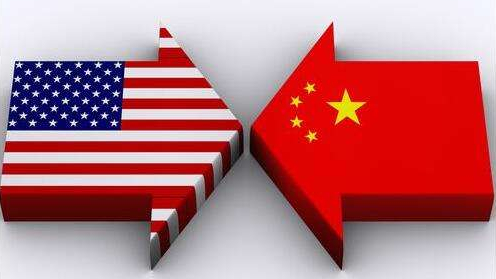 Meet Mark Foster in Pennsylvania and Cao Wei in Henan Province. They are the first casualties of the trade war.

Mark, 55, lost his job to tariffs on steel and aluminum. The hard part was not only losing his job and money, but his independence. His company used pricy American steel, which led to higher production costs in the face of spiking tariffs, and resulted in job cuts.

Cao Wei, 56, runs a pig farm in China and is struggling with his farm business as soybean feed prices have shot up by 20 percent in recent months. He uses American soybeans, which were once cheap.

Both Mark and Cao are like Tom Joad in John Steinbeck’s “The Grapes of Wrath.” They are kind, smart, ambitious and full of energy. They work their butts off for a better life. But their chances could be cut short by bad policies made for political convenience. Some leaders try to suppress the economic truth and they need to be told so.

Yes, they are all ears in Washington. Dozens of companies voiced concerns to the United States Trade Representative’s office on the administration’s plan to impose tariffs on a wide array of Chinese imports. Several blocks away, Chinese commerce officials met their American counterparts on how to stop the bleeding. But will they really listen?

It reminds me of the story about a scorpion and a frog.  They both want to cross a river.  But the frog is afraid of being stung. The scorpion argues that should it sting, they would both drown. An agreement to work together!

But is this where we are headed? According to estimates by Oxford Economics, tariffs from both sides will knock at most 0.2 percent off each country’s growth rate this year. That may not sound like a big deal, but both sides are betting it will hurt the other more, and so it has become a pain endurance contest.

White House trade adviser Peter Navarro and US Trade Representative Robert Lighthizer have said the darkening cloud over China’s economy is a reason for the US to delay negotiations; Chinese analysts estimate America is less tolerant of pain because of its divided politics.

So is time on either’s side? I doubt it. Already investors are puzzled, employers hesitant and consumers hurt, but most worryingly we are less sure about ourselves. Tariffs are like nicotine, hurting slowly, but killing eventually.

Halfway across the river, the scorpion still stings the frog, dooming them both.  The frog asks the scorpion, “Why?” The scorpion replies, “It’s in my nature.”

Actually, nobody is immune to the combative animal spirit. But we know better than to succumb to the urge because we owe this to our history and our people. Both China and the US are crossing the river of economic uncertainties. They need to rein in the impulse to sting and use their brains and courage to wade through the water. Even the worst peace is better than the best war.