OPINIONS There is no silver bullet in fighting poverty

There is no silver bullet in fighting poverty

Some policies seem so altruistic that it is almost impossible to imagine any objection to them. For example, lending small amounts of money or writing off debts to help the extreme poor are intended to help the most vulnerable, and both approaches seem entirely sensible. However, scrutiny reveals these well-intentioned policies to be misguided. 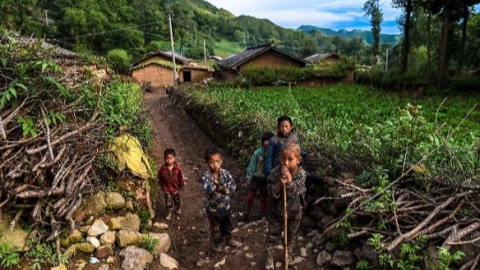 Around a decade ago, NGOs, international organizations and philanthropists trumpeted microcredit as a silver bullet that would end extreme poverty. The United Nations designated 2005 as the International Year of Microcredit, and when the Nobel Peace Prize was awarded to Muhammad Yunus and Grameen Bank the following year, the Nobel committee declared microcredit “an ever more important instrument in the fight against poverty.” The humanitarian pop star Bono went further: “Give a man a fish, he’ll eat for a day. Give a woman microcredit, she, her husband, her children, and her extended family will eat for a lifetime.”

Unfortunately, evidence carefully collected over many years shows that there is no such thing as a silver bullet for poverty — and certainly no such thing as a cheap, easy policy that can feed an entire family for a lifetime. A series of trials has underscored the importance of microcredit program design and, in many cases, these schemes simply don’t do much good in eradicating poverty. Seldom have they been found to increase average incomes by much. Worse, they run the risk of burdening the poor with additional debt.

Commissioned by Tata Trusts and Copenhagen Consensus for India Consensus, Professor Nilanjan Banik from Bennett University, Greater Noida, studied the schemes. His analysis shows that if, for example, the Indian state of Rajasthan were to copy other states and waive formal loans for land holders with less than two hectares, this would cost 117.4 billion rupees (US$1.7 billion).

However, only 15 percent of the most marginal farmers (those with less than one hectare) have access to formal credit, so a loan waiver does little to help the poorest. Moreover, previous experience has shown that a waiver makes banks more cautious about lending, leading to a 15 percent reduction in smallholder credit over following years. This cuts revenue for the most vulnerable farmers by 13.5 percent.

So while the waiver provides a little cash quickly, it ends up doing less good than it costs. Each rupee spent achieves just 0.8 rupee in benefits. Like microcredit, waiving debt is a well-intentioned way to help the extreme poor that fails to generate the promised returns.

However, other research reveals approaches that would actually do a lot more. The new analyses from India Consensus follow the Copenhagen Consensus approach of studying costs and benefits, used previously to improve priorities for billions of dollars in spending in Haiti and Bangladesh, and to help sharpen the UN’s Sustainable Development Goals.

In Indian states where many farmers live in extreme poverty, improving the flow of crops to marketplaces is more important than waiving debt or supplying microcredit. Currently, nearly 20 percent of India’s fresh produce is wasted because of storage problems, so most small farmers do not risk growing perishable crops that would yield more revenue than staples.

Using the state of Rajasthan as an example again, creating the infrastructure to store and transport milk, fruit, and vegetables safely would cost half as much as loan waivers. The reduction in wasted food, combined with encouragement to farmers to shift to higher-return crops, would generate benefits worth more than 15 times that amount.

Even more important is the promotion of higher-quality seeds to produce better crop yields, increase production, and boost incomes. Research by Surabhi Mittal of TARINA (Technical Assistance and Research for Indian Nutrition and Agriculture) shows that this would generate yield gains of 10 percent, creating benefits worth as much as 20 times the costs.

Looking across the entire volume of new research shows even more ways to help the poorest that go far beyond farmer assistance.

One research reveals that investment in nutrition is an incredibly cheap way to provide powerful longer-term assistance. Diarrhea is a major killer of young children, and counseling mothers to improve breastfeeding, food preparation and hand-washing can cost less than US$20 per mother reached, transforming babies’ entire life trajectories and promising higher productivity and greater prosperity. The benefits are more than 40 times higher than the costs in Rajasthan and more than 60 times higher in Andhra Pradesh.

Other policies with very high returns that help the worst-off in particular include improving private-sector provision of tuberculosis care and ensuring that everyone has access to family planning.

These are not what we would think of as traditional anti-poverty policies. But we should give preference to approaches that help the poor the most for every rupee spent, regardless of how they are labeled. In fighting poverty, we should be skeptical of silver bullets and ensure that every policy, however well intentioned, receives deep scrutiny.