OPINIONS Third Moon-Kim summit is an uphill but rewarding battle

Third Moon-Kim summit is an uphill but rewarding battle 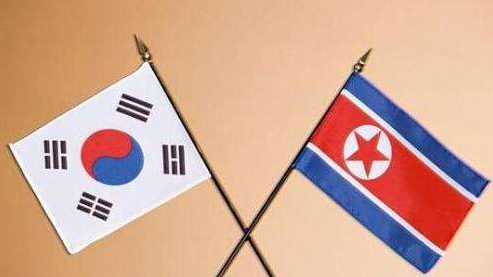 Moon Jae-in will set foot this week in Pyongyang for the first time in the capacity of the president of Republic of Korea (ROK). In addition to all kinds of public fanfare surrounding the summit, both Moon and Kim Jong Un have a lot of hard work to do in their third meeting with an aim of furthering bilateral relations as well as to jump-start the stalled negotiations between the Democratic People's Republic of Korea (DPRK) and the United States.

The challenges Moon and Kim will face are two-fold. First, how to keep the inter-Korean rapprochement on track as their developing economic cooperation is ostensibly hindered by various sanctions imposed by the ROK itself and United Nations Security Council. Even though the two Koreas have conducted quite successful talks over a variety of issues, the DPRK has complained that the ROK just talked and did not put real money into the discussed projects. Other non-economic inter-Korean activities have also been interrupted by the sanctions from time to time. Second, DPRK-US negotiations have reached an impasse and may collapse if the concerns cannot be addressed appropriately and timely.

Since the historic summit between Kim Jong Un and Donald Trump in June, the United States and DPRK have struggled to make good progress in their talks. Recently, Trump called off Mike Pompeo's fourth trip to Pyongyang for the lack of sufficient progress and announced that the Secretary of State's future visit to Pyongyang will be "most likely after our trading relationship with China is resolved." Seemingly, the Trump administration has changed gear and lowered its expectation of quick denuclearization of the peninsula. Logically, if the US-DPRK entente runs out of steam, the inter-Korean rapprochement cannot last long.

Given these prominent challenges, coupled with strong domestic resistance from opposition parties, Moon will face an uphill battle in his meeting with Kim in Pyongyang as he wants to strengthen inter-Korean ties and add new momentum to the stalled negotiations between Pyongyang and Washington. Photo ops are good, but for Moon, achieving substantive progress on the two issues will be more important.

On the bilateral relations front, Moon's job will be relatively easy. Both sides have expressed their willingness to enhance their relations. As long as the sanctions remain, inter-Korean economic cooperation will navigate troubled waters, but Moon and Kim are fully aware that the future evolution of their relations to a large extent will be hinged on economic cooperation. The DPRK would rely on ROK investment and technology to make an initial economic take-off, allowing the ROK to secure another market to boost its lackluster economy.

They may seek to enhance their economic ties in the fields allowed by the Security Council, such as the resumption of tourism from the ROK to St Kumgang, and prepare to lay the groundwork for future economic cooperation. As an indicator of his attitude toward economic cooperation, Moon will bring with him leaders of some of his country's principal companies, such as Samsung, Hyundai, SK, LG, POSCO. Even though the business leaders cannot ink any meaningful deals with their northern counterparts due to the ongoing sanctions, their preliminary talks could help the southern side gain the initiative in any post-sanction reconstruction in the DPRK. By doing so, the ROK not only demonstrates its willingness to undertake economic cooperation but also further encourage DPRK to make a nuclear declaration in exchange for an agreement from the United States to end the war on the Korean Peninsula, which may lead to diplomatic recognition and a peace treaty in the future.

Certainly, both Moon and Kim may try to institutionalize existential contacts and exchanges, such as the family reunion program. In the security fields, both sides may agree to take more concrete measures to reduce hostile military activities and build trust in border areas and turn the West Sea into a Peace of Sea by reducing the number of guard posts, jointly excavating soldiers' remains in the DMZ, and establishing a hotline between their military headquarters.

The US-DPRK stalemate poses a direct threat to Inter-Korean relations. The Trump administration has already registered its disapproval with the fast development of the inter-Korean relations on the grounds that “progress on inter-Korean relations must happen in lockstep with progress on denuclearization.” Since Donald Trump and Kim Jong Un met in Singapore in June, both sides made little progress in talks on denuclearization, a peace mechanism and new bilateral relations. Both sides have pointed fingers at each other. On the surface, the United States and the DPRK are at odds on the sequencing issue of two declarations, namely,  DPRK agreement to declare its nuclear weapons, materials, facilities, and activities in the first place or the United States taking the lead to declare, with other states, an end to the war on the Korean Peninsula.

In fact, the core disagreement between the United States and DPRK is about the issue of sanctions. Even though the Singapore Joint Statement did not mention the sanctions issue, the DPRK did not hide its strong desire for an early partial if not a total easing of sanctions. Without sanctions being lifted, inter-Korean relations cannot further advance, Sino-DPRK relations cannot be fully normalized, and the DPRK's efforts to single-mindedly focus on economic development will be doomed to fail. From the US perspective, to declare an end to the war on the peninsula is a major concession, to ease sanctions against the DPRK is another significant concession the United States is reluctant to offer, given the lack of further denuclearization action on the part of the DPRK and permeating cautiousness in Washington.

Moon has served as a mediator between the United States and the DPRK for some time and he is more than happy to do so at the critical juncture when the two countries' talks are poised to fall apart. Moon can persuade both sides to lower their requests and encourage them to adopt a step-by-step approach in dealing with their respective concerns or he can ratchet up rather than lower their offers and seek a comprehensive settlement of the interconnected but contentious issues as quickly as possible. From Moon's recent public speech, seemingly, he may choose the latter to avoid being embroiled in a single issue for a too long a time. Kim Jong Un already expressed his willingness to seek complete denuclearization of the peninsula within Trump's first term. Among all the elements of the FFVD (final, fully, verified denuclearization), the only omission from the DPRK's public commitments is the verification issue. If Kim does agree to a timeline, it is quite natural for him to give the green light to verify DPRK denuclearization.

No doubt about it, Moon will explore Kim's real intentions and how far the DPRK leader can go in the denuclearization progress and what he most wants from the United States. As the United States and ROK maintain close consultation and coordination, Moon will certainly carry updated proposals from the Trump administration to Kim. This time, Moon not only will bring his ears to the meeting with Kim but also carry his own version of an action plan to the negotiating table.

The third summit between Moon and Kim will help to define the future development of the situation on the Korean Peninsula. For Moon, his trip to Pyongyang will be an uphill battle but may be a quite rewarding journey. I'll keep my fingers crossed.