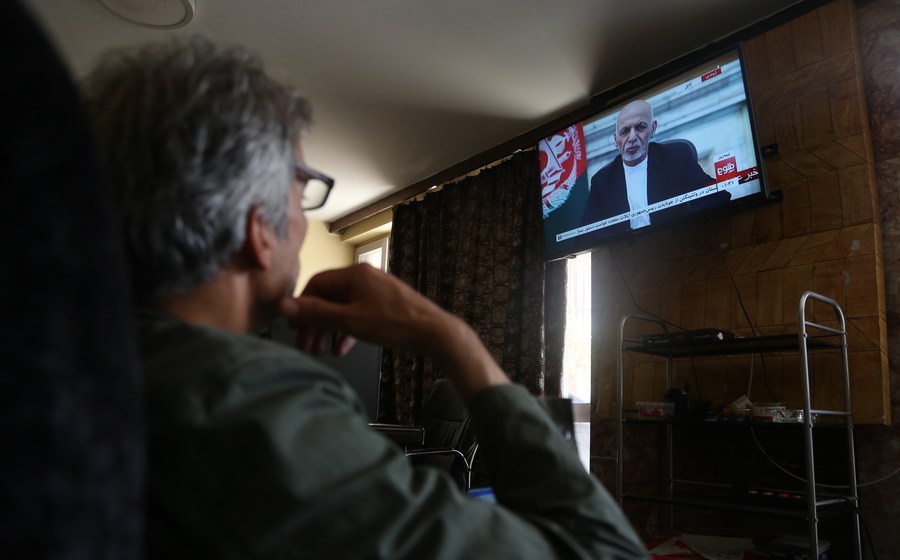 What happened to Afghanistan over the past week has gone beyond many people's expectations. Particularly, the fact that the government army that had been armed and trained by the United States to serve as a foundation of the country's security and stability surrendered without a fight.

That the Taliban forces can seize control of almost the whole country, including the capital Kabul, in just a couple of weeks is because of three factors.

First, the US has withdrawn its forces from the country in an irresponsible way. The situation was not ripe for the US withdrawal. The Joe Biden administration chose to do it in a hurry because it cannot wait to get rid of the trouble that the US has made for itself with its military intervention in the country. It has ignored what a heavy blow the withdrawal of the US forces would deal to the morale of the Afghan government and army that are used to relying on their support and protection.

The US administration of Donald Trump decided in 2018 that the US must escape the quagmire of its military adventurism in the Asian country as soon as possible. That explains why it gave up the government in Afghanistan from then on and focused on negotiating directly with the Taliban. The Afghan government that Washington had previously backed had to accept whatever came from that.

In March, the Biden administration proposed a so-called peaceful roadmap for Afghanistan, which proposed building an interim, and then a coalition government. The Taliban immediately rejected the plan, which meant the US government's last resort had failed.

With that, Washington left the Afghanistan government and army in bewilderment as it became extremely difficult for them to choose how to deal with the Taliban, because it meant the Taliban had become a combination of enemy, competitor, partner and even comrade-in-arms in the future when necessary. Neither the government army nor the Taliban wanted to fight each other and shed blood for the abortion of the US' Afghanistan policy.

Second, the Taliban's policy of demonstrating its combat capacity and its flexibility in treating the people well has paid off. It has succeeded in portraying the Afghan government as a puppet of the US, and itself as the true champion of the people, saving the country from the US invasion and occupation.

Last but not least, corruption and internal strife in the Afghan government and army has not been checked in recent years. That has weakened the power and influence of the different fractions backed by the US as a whole, and benefited the Taliban that has stayed well away from it.