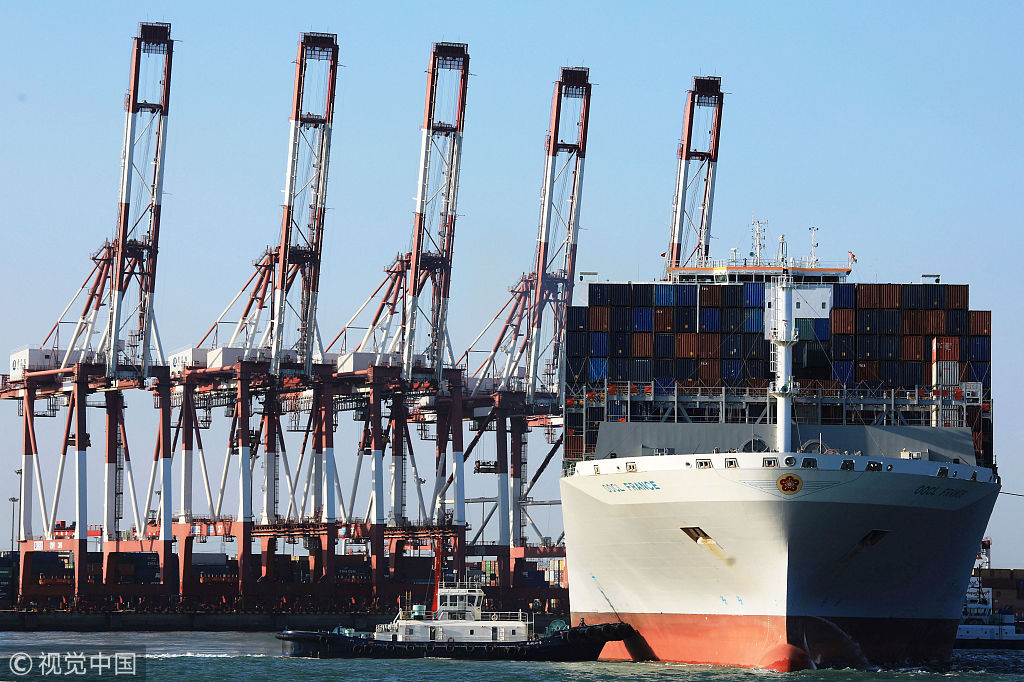 Chinese Vice Premier Liu He gave a wide-ranging interview with Chinese media Friday, covering many of the hottest topics of the day.

In an in-depth, frank, considered and confident way, he answered questions from journalists on a variety of issues including the Chinese stock market, the private sector, the current financial and economic situation, as well as industrial structural transformation.

The first message is that “China is becoming the most valuable market for investment.”

Liu He said many factors had caused stock fluctuations and declines in China recently, including interest rate hikes in major economies, China’s own economic restructuring, and changes in market expectations. He highlighted that “Sino-U.S. economic and trade frictions had also affected the stock market, but frankly speaking, the psychological effect is bigger than the actual impact. China and the United States are still speaking.”

Significantly, Liu He cited the opinions of international investors and domestic analysts, who say that “China is becoming the most valuable market for investment since the corrections and sell-offs on the stock market make long-term and healthy development possible.” Such news serves as a “tranquilizer” for Chinese stock investors. What matters now is who will seize the opportunities.

Liu He stressed that Chinese investors had strong expectations for institutional innovations and reforms. The government recently announced a number of measures aimed at encouraging long-term funds to enter the market, facilitating reforms of state firms and development of private firms, as well as further opening up. However, he also stressed that it was vital to implement those policies well, and all government departments should make greater efforts and move swiftly.

The second message is the four “musts” and the government’s unwavering support for the private sector.

In advance of this interview, Liu He held a meeting with small and medium business owners on how to help them raise funds. He reassured reporters of “unwavering attention to consolidating the public sector as well as supporting and guiding the development of the non-public sector.”

Taking loans as an example, Liu He criticized the practices by some lenders of not supporting private businesses for “personal safety” reasons as politically problematic. He stressed that supporting private enterprises is the same as supporting the entire national economy. The vice premier further emphasized four fundamental principles in relation to the private sector: uphold the basic economic system, pay great attention to the difficulties faced by micro-, small- and medium-sized enterprises, intensify research to develop policies aimed at boosting the growth of private businesses, and help private businesses improve their capabilities to adapt to the changing market environment.

The third message was, taking a historical perspective, the prospects for the development of the Chinese economy are “very bright”.

When talking about the current economic and financial situation and changes in industrial structure, Liu He analyzed the main economic indicators, international evaluation, and financial performance. For example, in the financial sector, he said, “Monetary policy is operating steadily, financial structural de-leverage is steadily advancing, the impulses of various institutions expanding blindly by disregarding the risks involved are clearly weakening, and investment behavior tends to be rational.” He said he believed that it should be viewed rationally that the various risks and problems accumulated historically are inevitably being shaken out.

He emphasized that China must deal with the relationship between stable growth, structural adjustment and risk prevention, implement a policy system with supply-side structural reform as the core, and do a good job in three things (namely supporting the development of private enterprises, deepening the reform of state-owned enterprises, strengthening the ability of the financial system to serve the real economy), and grasp the needs of the four major sectors (middle-income groups, population aging, a new round of scientific and technological revolution and industrial transformation, and green development), and speed up the construction of a modernized economic system.

Economic data for the first three quarters of this year show a year-on-year increase of 6.7 percent. Overall economic operation was stable and the long-term positive fundamentals were continuing. Significantly, at the critical moment when the rebuilding of the current global economic structure is accelerating and China's economy is shifting to high-quality development, the frank comments made by Vice Premier Liu He to journalists show that there is still much that China can do to promote high-quality economic development.

The greater the external uncertainty, the more Chinese people must do their own thing well. This will make the certainty of domestic development a hedge against the impact of external uncertainty. As Liu He says, “the difficulties and problems we encounter are all difficulties and problems encountered in marching forward. As long as we keep this in mind, we will stay calm and China will undoubtedly be better tomorrow!"