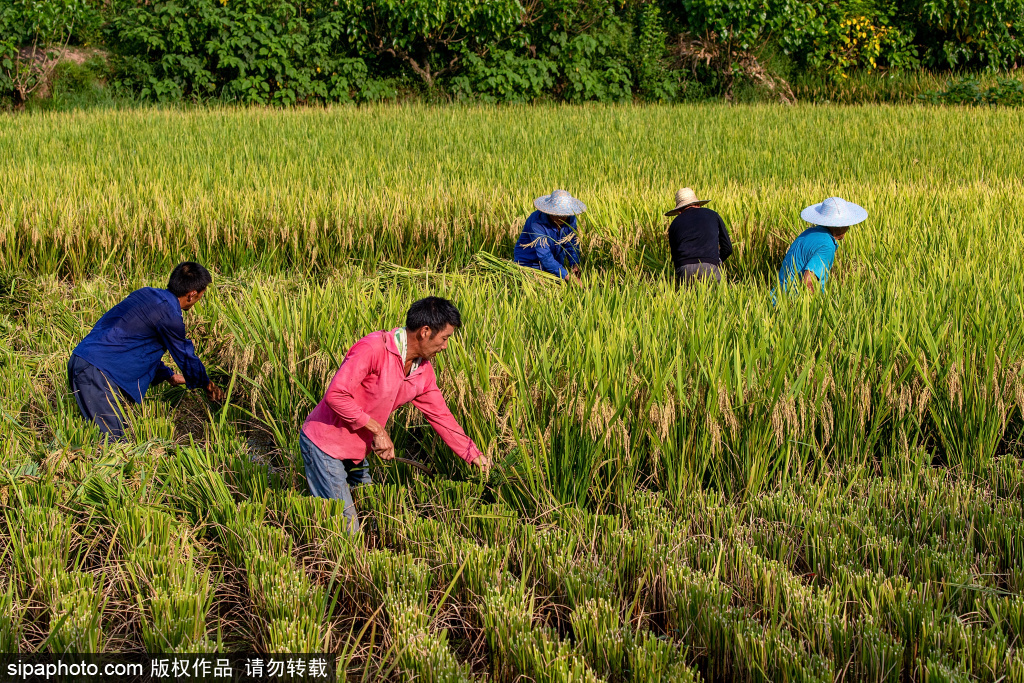 Editor's Note: Four decades of reform and opening-up have not only turned China into the world's second-biggest economy but also changed Chinese people's way of life. A veteran journalist with China Daily uses Chinese people's changing dress code to analyze the social changes in the country.

When foreign tourists and businesspeople began trooping into China 40 years ago following the launch of reform and opening-up, they encountered a sea of Chinese Tunic Suits, or Zhongshan suits, with both men and women dressed similarly in black, blue, grey or brown outfits, or the army green uniform. People dressed in light colors such as pink and yellow would be sneered at for pursuing a "capitalist lifestyle".

While foreign visitors were surprised to see almost the entire population wearing the same style of dress, the Chinese people were bothered only about having enough clothes to keep them warm or cover themselves up, for cloth was rationed with each person getting about three meters of cloth every year, hardly enough to make a suit and a pair of pants.

Parents and grandparents at the time used to patch up worn-out clothes. In fact, most of the people of my generation have the experience of wearing patched-up clothes. Naturally, households in general didn't need wardrobes. Most people kept their clothes in a wooden box.

When I left my home city of Xi'an to join a university in Shanghai in 1978, I packed all my belongings in a small handbag－two suits, two pairs of pants, two shirts, a sweater and a cotton-padded overcoat.

Way back in 1983-84, while pursuing higher studies in Hawaii, I was once invited by a local dentist friend to his house. There, I got the opportunity to get a glimpse into his family wardrobe－a small room whose walls were lined with camphor wood. Hundreds of Hawaiian shirts, pants and evening dresses hung in the "wardrobe" and the shelves were full of shoes of different colors and styles. To me, his wardrobe was better stocked than a clothe shop in China.

In 1984, after reform and opening-up led to bumper cotton harvests, China ended cloth rationing. That was about 10 years before the withdrawal of food rationing. When people were able to buy more clothes, wardrobes became a household necessity. My first wardrobe was gifted by China Daily in 1984 when it purchased wood and hired carpenters to make a wardrobe each for its staff as part of company welfare.

That wardrobe has long been replaced by six big ones for my three-member family, each packed with clothes for different seasons. In October, I spent a whole day trying to sort the clothes for the approaching winter and discovered some brand new suits, pants and shirts lying buried unused. With all three of us gaining weight in the past couple of years, the chances are that the clothes may never be used. The very thought made me feel guilty.

As the "world's factory", China produces billions of pieces of suits, pants, dresses and shoes for not only its 1.4 billion people but also people in the rest of the world. With China's per capita income increasing by more than 100 times over the past four decades, Chinese people are buying different types of clothes for different seasons and different occasions.

There is hardly any world famous brand that has not opened an outlet in China, and for many of them, China has become the most important market. Such outlets are frequented by high-income people and fashionable youths.

Those who do not have a deep pocket can always shop in community markets and country fairs for less expensive clothes. Statistics show that on average a Chinese person buys about 10 pieces of clothes a year and throws away about five. Each year, a total of 28 million tons of used clothes are disposed of－a waste that is heart-wrenching for people like me who once didn't have enough clothes to wear.

Despite communities having donation boxes for clothes and some companies specializing in recycling used clothes, only an estimated 1 percent of the used clothes are recycled with the rest being disposed of as waste. Hence, effective measures need to be taken to make better use of used and discarded clothes and to remind the younger generations of the virtues of thriftiness.