China's annual greenhouse gas emissions in 2019 exceeded those of all developed countries combined, for the first time since national emissions have been measured, according to a new report from the US-based Rhodium Group. When retweeting the news on Twitter on Friday, Swedish teenage climate activist Greta Thunberg commented, "Yes, China is still categorized as a developing nation by WTO, they manufacture a lot of our products and so on. But that's of course no excuse for ruining future and present living conditions. We can't solve the climate crisis unless China drastically changes course." It's noticeable that Thunberg has not publicly voiced her opinion over Japan's decision on dumping contaminated water from the Fukushima nuclear power plant into the sea. 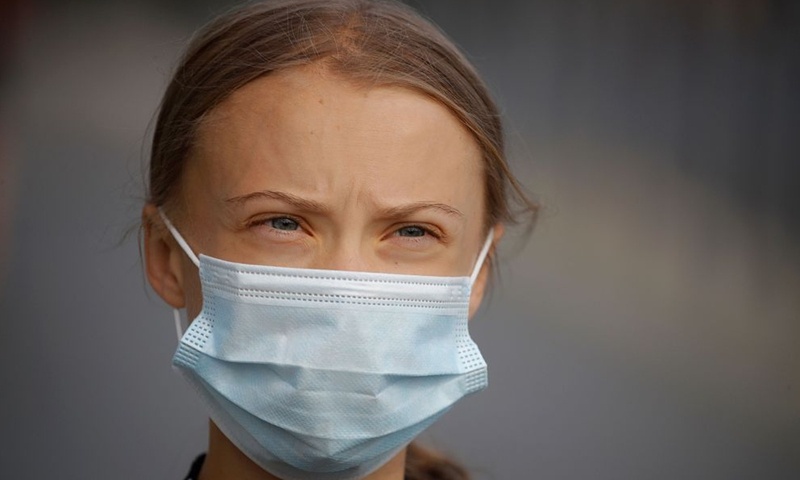 When talking about climate change, both current greenhouse gas emissions and historical accumulated ones should be taken into account, Li Haidong, a professor at the Institute of International Relations at China Foreign Affairs University, told the Global Times. If developed countries only focus on the current figure and pile pressure on developing countries to limit their emissions of greenhouse gases, it is to restrict the right of developing countries to further development.

China is the most populous country in the world. Putting much more emphasis on China's total volume, instead of per capita, is an attempt to deprive Chinese people of the right to improve their quality of life. Ding Zhongli, chairman of the Central Committee of the China Democratic League, replied in an interview years ago when talking about fairness in emissions reductions that, "Aren't the Chinese also human beings?" He believed a per capita count of emissions would be more equitable and treat all people the same.

The report by the Rhodium Group, which emphasizes that China's annual emissions exceeded those of all developed countries combined, is prejudiced. Its aim is to impose more responsibility on China. Plus the report seems to have ignored a simple fact that the combined population of the US and the EU, which are mostly developed countries, is still less than that of China.

Thunberg, who at age 15 started skipping school on Fridays for her climate protests, is merely 18 years old this year. She is short of sufficient academic knowledge study, and lack of sound self-judgment capability. Girl like her is prone to be affected or even manipulated by some political forces.

Li said, in a bid to achieve their political intents, some Western political forces manipulate teenagers, treating Thunberg as a political puppet. This practice is unethical and despicable.

Wuheqilin, a Chinese cartoonist, remarked on Weibo on Sunday that any global environmental protection organization that turns a blind eye to Japan's dumping of nuclear-contaminated water while accusing China over its environmental problems is a political instrument to suppress China; just ignore them.