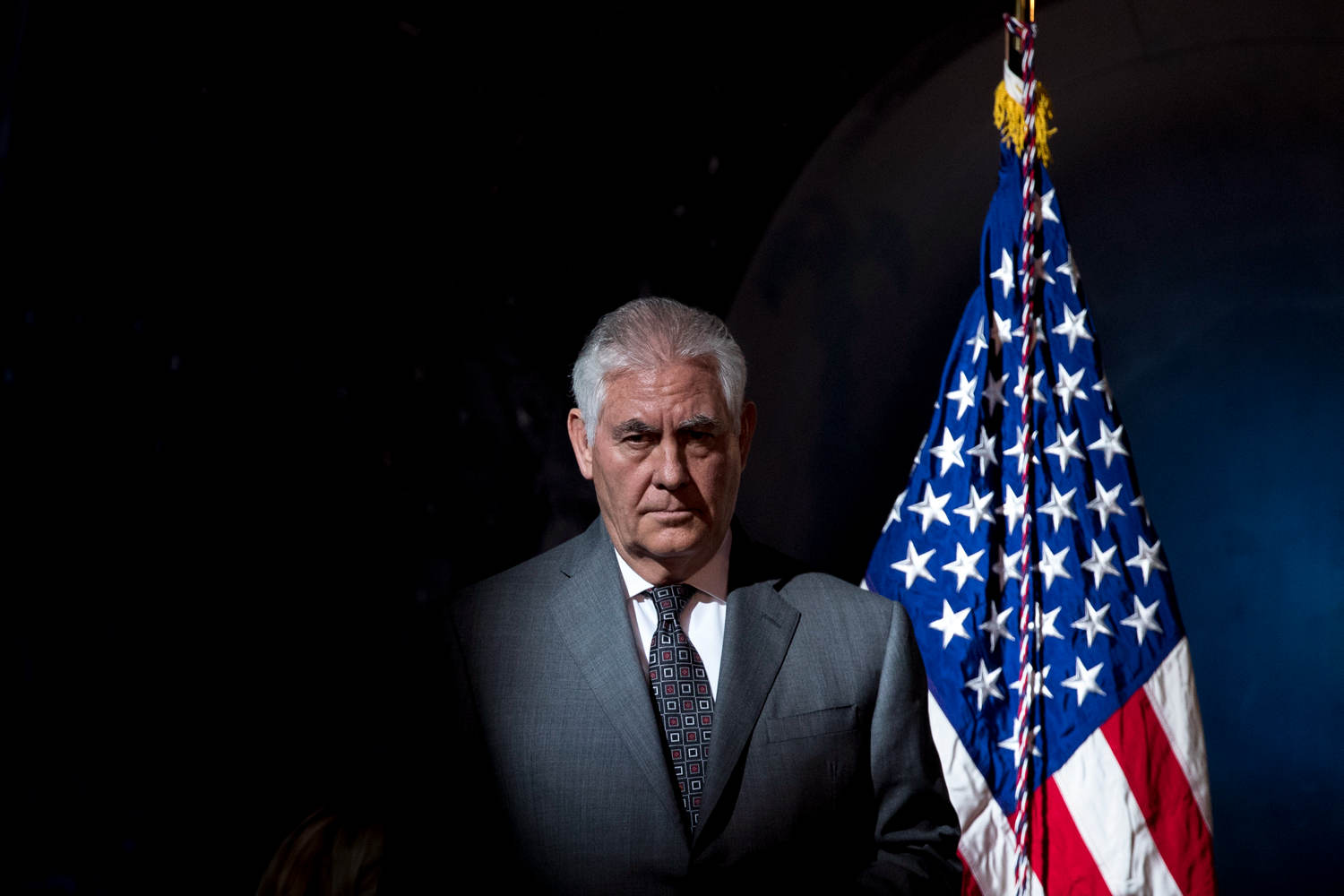 Rex Tillerson is out as the US Secretary of State as of Tuesday, following US President Trump's announcement in a tweet. Trump indicated CIA Director Mike Pompeo is his choice to replace Tillerson as the new Secretary of State. Trump also picked Gina Haspel, CIA deputy director, as the first woman nominee to head the CIA. US media has digested the decision as Trump firing Tillerson from his post.Although the predictions by the US media of Tillerson's leaving have been brewing for some time, the abruptness of the incident came as a surprise. Tillerson is perhaps the lone Secretary on record exiting inside 14 months—not through resignation, but by outright dismissal.But Tillerson is not the only one. Before him, over a dozen high officials in the Trump Administration left their posts. This indicates, one can reasonably argue, a lack of willingness or ability on Trump's part to see disagreements resolved. As the tribulations inside the Trump Administration mount, such news foretells of a lack of decision and efficacy in Washington on the global stage.Washington's half-handed way in which diplomacy is dealt has become a cause of concern. The recent transformation in US-North Korea relations is a perfect example. Last year, intense animosity reigned between the two nations, and now, unexpectedly, the two leaders decide to meet. This unpredictability is evident also in the US' stance on other issues, such as climate change, world trade, and the status of Jerusalem.Rumors are circulating about Trump's National Security Advisor H.R. McMaster's impending exit. If this is true, Trump's national security team has suffered a total reshuffle since trump took office in 2017.What's particularly worrisome is that most of the people departing are perceived moderates in their modus operandi and views on foreign policy than the ones who remain. This far-reaching reshuffle seems to have increased the prospects of a more hawkish Washington.Mike Pompeo graduated from West Point. As a Republican, he represented the 4th congressional district of Kansas before he was sworn in as CIA Director. He is known for his stern views. Pompeo was criticized in 2013 by Muslim communities for asserting their silence on violence committed by "extremists" was "deafening." Compared to Tillerson, Pompeo is considered closer to Trump in international issues, both on and off the stage.How far the Trump administration is willing to go in this cat-and-mouse game remains a gambler's guess. Understandably, Trump might be seeking the high grounds of artful bartering while pushing along Trump's "America First" strategy. However, unlike the more restrained Tillerson, the president's new expert Pompeo is likely to add more foam to the top, leading to uncertainty and a higher risk.The US government exerts its power, transnationally, through its diplomatic policies. But, these policies will fast turn to old ploys if they are saddled by the stagnated power of a superpower in disarray, such as the US these days. The American public expect their leaders to accomplish feats, in both the domestic and foreign arenas, but they hardly have endowed their president with the power to make perilous decisions. In this respect, the predicted rise of hard-liners in Washington remains doubtful.The team set up by Trump after his election was considered "tough." Nonetheless, its members waffled soon, and fell by the wayside. There is little reason to believe this pattern will not extend to the newly assembled administration.As to the rearrangement's impact on China, it is worth noting Tillerson was not the deciding factor in the Trump administration's policy toward China. Therefore, his departure will not be a deciding factor either in this respect. How Pompeo resolves to act, however, remains mainly a Pompeo decision."… If I had to pick one with a nose above the other, I'd probably pick China," Pompeo said to a reporter in a comment he made on China's rising status as a "rival." Pompeo will certainly learn few new things about China in his post as the US Secretary of State. It is sincerely hoped that he will forge a more objective understanding of China.As the Sino-US relationship is of enormous significance to the US, past administrations have approached bilateral issues with caution, and respected unswervingly norms established over the years. Building consensus has consistently proven to be more beneficial for America than acting impulsively.