OPINIONS Time for China to toughen up on insincere India

Time for China to toughen up on insincere India 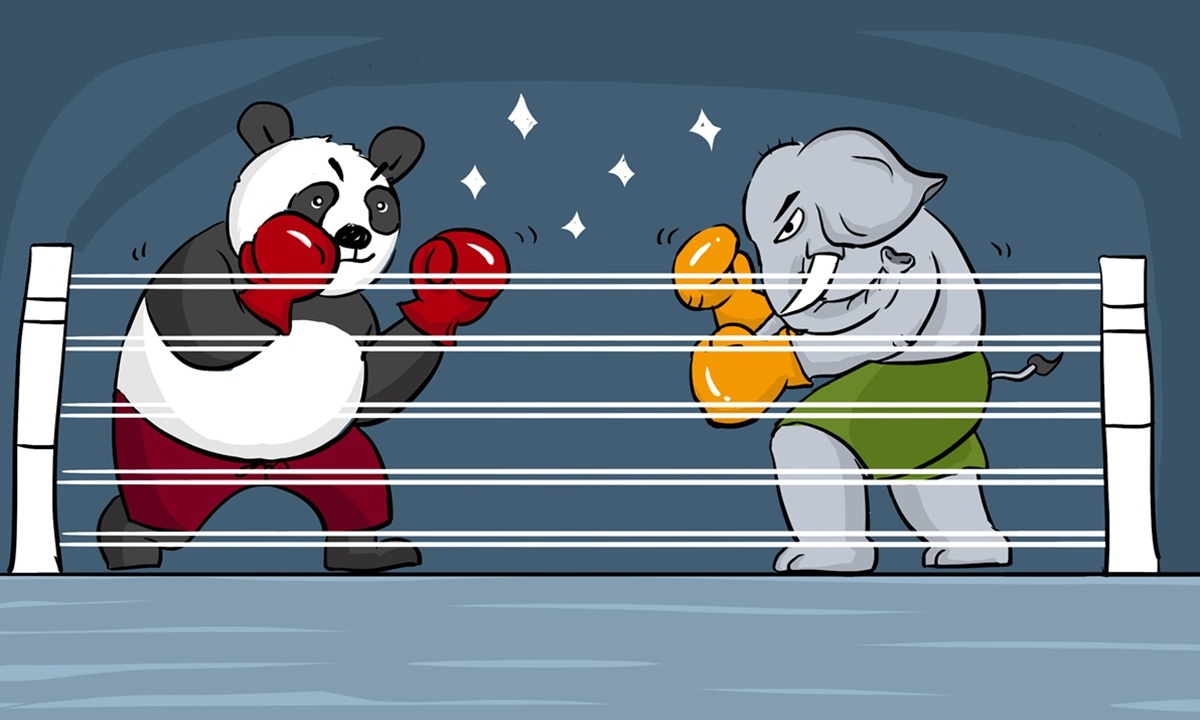 Only three days after the sixth round of the China-India military commander-level meeting on Monday with consensus reached by the two sides to cool rising border tensions, The Hindu quoted a "senior [Indian] government official" and suggested "If PLA (People's Liberation Army) comes close, Indian troops can fire." Such hype only embodies India is being a coward in a lion's skin.

The two countries agreed to stop sending more troops to the frontline in their latest talks. This is relatively in favor of India, because New Delhi has deployed far more troops to border areas than Beijing. In the latest conflict near the Pangong Tso Lake, Indian troops illegally crossed the border, and initially occupied some highlands. India is hoping it could maintain such an "advantage," and therefore wishes the PLA will not "come close."

Will India fire the first shot? The possibility cannot be ruled out. The Indian military, or some of its forces, are influenced by nationalist sentiment and the right-wing Hindu nationalist organization Rashtriya Swayamsevak Sangh, which pervade all facets of Indian society. It may be true that some people want to provoke a war.

India has always been calculating on its rhetoric. If the situation is favorable to India, it would advocate that disputes could be resolved by negotiations. This is what happened in early May. But after the skirmish on June 15, when India believed it suffered a loss, the country started to clamor for war. After India's aggression near the Pangong Tso Lake at the end of August, it wanted to talk to China again.

When India tends to believe it has some advantages, it would hope to negotiate with China and try to make China concede in talks. This is what is going on for the moment. New Delhi is playing the tactic - using its small leverage to maximize returns, wishing Beijing to make a compromise in the entire region of confrontation.

The attempt to occupy more strategic heights in border areas has been India's consistent goal, a tactic through which India tries to nibble into more border areas.

However, India has difficulties to confront. Its domestic epidemic crisis is rising. Although it has deployed large-scale troops in border areas, the country's logistics sector is facing huge challenges, especially as winter approaches.

Logistics supplies play a decisive role in modern warfare. China's ability to send troops, weapons and ammunition, as well as supplies to the border far outweighs that of India. If India dares to fire the first shot, it will have no chance to fire a second one.

China wants no war and used to see India as a "brother" in developing countries. China has been proactively promoting cooperation with India, both on the bilateral level and in multinational platforms. There was a time when China hoped it could jointly rise with India, in an attempt to realize the rejuvenation of the two ancient civilizations, even the rejuvenation of Asia.

But India does not think so. It is trying to shape a new global industrial chain without China. It wants to stand with the US against the rise of China, and has been observing China's emergence from a geopolitical lens, fearing China could one day become the dominant power in Asia.

India has repeatedly been picking fights on border issues, which is a result of such mentality. India's strategic circle is now taking the border confrontation with China as a weather vane of Asia's future geopolitics. If India wins, it means China's rise can be contained; if India loses, it means China will dominate Asia. The criterion for success or failure is whether India can push Chinese troops back from the frontline, and make China accept the Indian version of the Line of Actual Control (LAC).

India has absolutely no sincerity in resolving border disputes. Its ultimate goal is to make China handle the issues according to India's will. Indian External Affairs Minister Subrahmanyam Jaishankar claimed on Thursday that the two powers need to accommodate each other's rise. Yet based on my understanding of Indian culture, the "accommodation" is more like a suggestion to demand China accommodate India's rise, acknowledge India's sphere of influence in South Asia, promise not to infringe upon them, and recognize India status as a global power.

If China does not fight back, it is likely that conflicts will emerge from time to time on the China-India border, which may even become a new normal. Indian moves are speculative. The time to pick up the conflicts is always well calculated. The 2017 Doklam standoff occurred right before the BRICS summit in Xiamen, China, and the 19th National Congress of the Communist Party of China. At that time, China was facing growing strategic pressure from the US. It is the same this time. Border confrontations occurred when US started to increase pressure on China, and when China was busy fighting COVID-19.

If India keeps such a tactic, China must reevaluate its previous approach and attitude toward India. Time to be tougher to India.