OPINIONS Time for EU to rise up against US tariff peril

Time for EU to rise up against US tariff peril 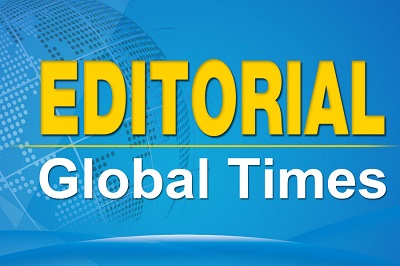 US Commerce Secretary Wilbur Ross announced Thursday the White House is pushing ahead with a 25 percent tariff hike on steel imports and a 10 percent hike on aluminum imports from Canada, Mexico and the European Union (EU), setting the stage for a trade war with some of America's top European allies. Shortly after Washington's tariff announcement, European Commission President Jean-Claude Juncker promised "counter-balancing measures" would follow.

It would be difficult for the EU to retaliate in a tit-for-tat fashion toward the aggressive trade practices that have come to characterize the current White House administration.  Although the EU trade commission had previously announced it would impose duties on EUR 2.8 billion in US goods, their determination in following through has remained unclear. Since the Trump administration announced metal and aluminum tariff hikes in February, the EU hoped for exemption.

Today, many EU member nations are still drowning in sorrow over the fact that the US has not treated them as allies by providing them with special care. Such behavior reflects a lack of will in defending a multilateral trading system while standing up to US aggression.

Trump's populist trade policies would have disastrous consequences for EU countries. The US metal tariffs are just the beginning as Trump has revealed strong interest in crippling European automotive exports to the US. The White House could take things further by asking the EU to increase their NATO commitment in funding and demand that Germany halt construction on its oil and gas pipeline projects with Russia.

Germany would experience the heaviest losses in a US-EU trade war.  Deutschland manufacturing industries have always been strong US competitors, something Trump does not like.  Members of Trump's team may share the same opinion that it is time to teach German manufacturing giants a lesson when it comes to competing with the US.

There will not be an easy way out of this for Europe, and especially so for Germany. The EU needs to stand up to the US as it waves its big stick, by raising their own. Securing peace and fairness is an impossible task unless the willingness to fight is firmly in place. EU nations merely wishing for kindness would find themselves slaughters by American forces.

It is obvious there is a difference between the US-EU relationship when compared with Sino-US ties. The political implications of a potential trade war with China are different. Therefore, few Chinese would believe that the EU would join China's side in confronting the US. It is worth noting how the EU has approved of Washington's past protectionist efforts by applying pressure on China regarding intellectual property rights and market access. China, the US and EU have their national interests to consider. The situation makes it hard for any two parties to become allies with one another.

The Trump administration has shown zero respect for the rules set forth by the World Trade Organization (WTO). Europe and China both oppose US bullying and its trade protectionist behavior. If major economies do not intervene nobody will be spared, and Trump will woefully become a modern-day "Genghis Khan" sweeping across Eurasia.

Although China and the EU may not work together on US trade issues, the two powers should take a firm stance when confronting the US. Both China and the EU should implement unreasonable concessions toward the US as Trump is unwilling to cooperate with the world and would rather use trade-related siege tactics to conquer foreign nations.

If each one of Washington's unilateral tariffs is met with robust counterattacks, all of it would make D.C.'s protectionist agenda more difficult. Such reckless behavior would amount to heavy losses for the average American, and foment a volatile domestic environment.

China has provided firm countermeasure responses to Trump's tariffs and will use them as bargaining chips with Washington.

Shortly after the US abandoned the Iran nuclear deal, they asked European businesses to exit the country. Many European businesses headed on a similar path with that of Chinese smartphone manufacturing company ZTE. If Europe continues to back down, it will find itself playing the role of a lifeless puppet controlled by an impulsive marionette.

The EU is composed of several European nations and if anything, it's really more a loose political union. If the current multilateral trading system disintegrates as regulations are continuously swept aside, the well-being of every EU member state will be in peril. With this in mind, the EU should abandon the idea of acquiring exemption status over US tariffs, and begin making preparations for an impending trade war.