Lithuania is a country in crisis. Facing a boycott by Chinese firms over its blatant violation of its commitments to the one-China policy, the Baltic state has systematically alienated itself from the world's second-largest economy and the consequences are there for all to see. Its own president publicly admitted the country had "made a mistake," while a recent survey found only 13 percent of the country's population supported the move. The fallout of the decision is expected to reduce throughput in its primary port by 40 percent, and German businesses have even warned they may have to close their factories in the country. 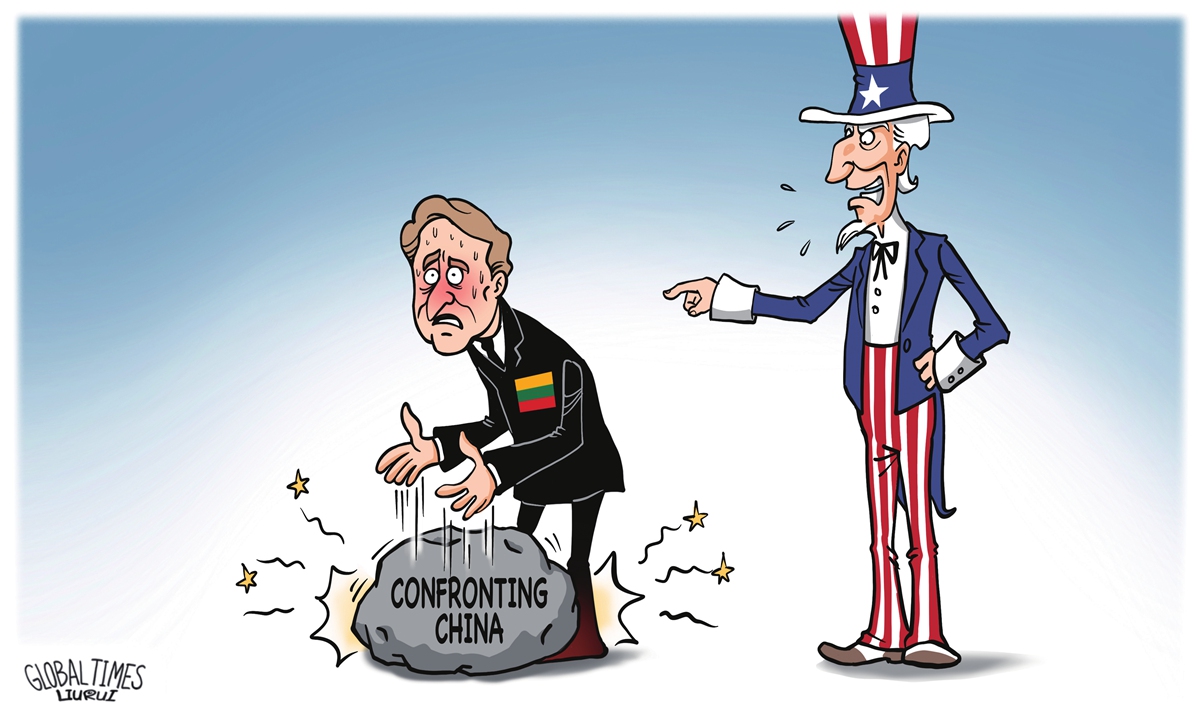 Fearing that Lithuania may crumble under the pressure, Taiwan separatists in the Democratic Progressive Party (DPP) scrambled to respond by announcing they would provide up to $1 billion to Lithuania through a fund, vowing to make it a hub of semiconductor and tech production in Europe. The move comes amid their strategy of "provocation diplomacy" - which involves following the Chinese mainland around on the international stage and attempting to undermine it at all costs. If the mainland applies to join the CPTPP, they do too. If the mainland stops buying a product from a country in protest, be it Lithuanian whiskey or Australian wine, they buy it instead. It is a childish and reactionary policy which strives to exploit trouble and create political and economic space for "independence."

But for many obvious reasons, this won't work. As per the language of the "Taiwan can help!" campaign, the separatists naively and unrealistically keep portraying themselves as an "alternative" to the mainland, be it in manufacturing, investment, or an export market, as if they can make up for the losses a country faces in confronting the Chinese mainland. It is of course nonsense. Taiwan is an island of 24 million people, less than the single municipality of Shanghai (26 million). Despite this, it is portraying itself as a replacement to the world's most populous country and the largest consumer market on the planet, that is, 1.4 billion people.

The Chinese mainland is likewise the largest trading partner of the European Union, which it is vastly integrated with through enormous shipping, logistical and now railway networks which run across the Eurasian landmass, providing goods at high quantities and low prices. There is no competition here. Taiwan not only grotesquely exaggerates its own relevance but can only offer small scale gestures which are dressed up to look like something big. A satirical map on Chinese social media parodies the island's perception of itself, showing an enlarged Taiwan island which fills the space of the Pacific Ocean. As the idiom likewise goes, Taiwan is a "frog in the well."

It should come as no surprise that its proposed $1 billion investment in Lithuania will be a failure in turn. First of all, Lithuania is one of the poorer countries of the European Union, which since independence, has faced a large-scale outflow of population, labor and talent, or in other words, a "brain drain." Since its independence from the Soviet Union in 1991, the country has lost nearly one-third of its population, amounting to 1 million people. How is this country in any position to attract semiconductor-related talent? And how they can do so when the US is already strong-arming the Taiwan semiconductor industry, among others, to build new capacity all over the world. $1 billion for that matter is absolutely peanuts in semiconductor terms when one looks at the amount of money the mainland has pledged to just to keep up.

In this case, Taiwan separatists are actively encouraging Lithuania to double down on failure, even when its own population do not support them being a party to this dispute. The Western media will never report it honestly or openly, but most of Europe's diplomatic and political classes can see why Lithuania's decision to take on China is a self-imposed disaster, and beyond rhetoric their response has been and will remain minimum. Lithuania's government should recognize their mistakes and understand now that the DPP authority is essentially a swindler making false and disingenuous promises to countries that disrupt their ties with Chinese mainland to satisfy Washington's own geopolitical goals and try to contain the mainland.

However, as seen with the new "separatist blacklist" and a move to punish Taiwan firms that support the DPP, it should be clear that Chinese mainland is intent on bringing this farce to an end, and nothing will stop their march toward inevitable reunification.

The author is a political and historical relations analyst.