BEIJING, Aug. 15 (Xinhua) - As the latest incident in the Hong Kong chaos, violent radicals tied up both hands of a reporter from Global Times, a newspaper in the Chinese mainland. They besieged and assaulted him, causing multiple injuries.

Such an infringement of human rights and press freedom has drawn wide condemnation. It offers yet more proof that the protest in the Hong Kong Special Administrative Region has become violent and illegal. Some Western media, however, once again turned a blind eye, challenging the core principles of journalism and showing bias and double standards over issues concerning China. 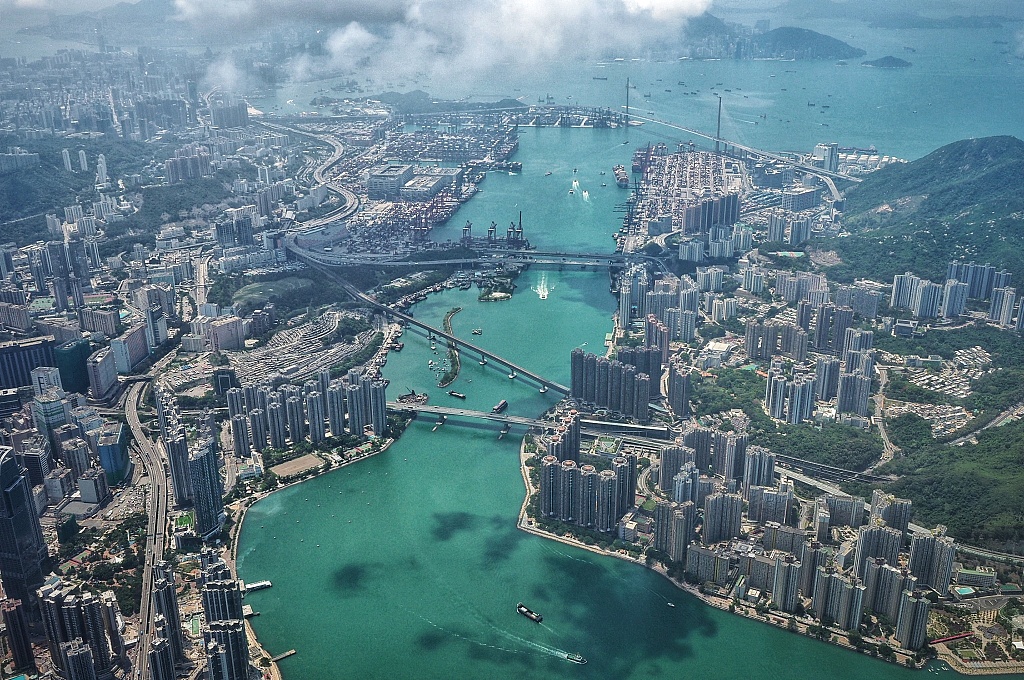 In the first case, when protesters demonstrated for weeks, marching with banners, shouting slogans and camping in the city center, some Western media described the "violence" as "one police officer suffered minor injuries after being knocked off a scooter," while others focused on sexual assaults in the camp.

The reports quoted police sources a lot, justifying the arrests of hundreds, which turned into thousands in the end, as saying the protesters blocked traffic and caused inconvenience in the city.

In the second case, protesters have demonstrated for weeks, smashing the glass wall of a local government building with iron sticks, injuring police officers, smudging the national emblem, throwing the national flag into the sea, disrupting order at an airport, forcing the cancellation of flights, stranding thousands of passengers and beating passers-by.

"We cannot avoid this. It is somehow unavoidable because we fight for our final goal," a CNN report quoted a protester as saying. In other reports, the protesters were described as being "apologetic" after the violence.

Few police voices could be heard, and police officers were portrayed, both in words and pictures, as using tear gas, pepper spray, and batons and firing rubber bullets.

The first case is the Occupy Wall Street movement and the second is the ongoing protest in Hong Kong.

When the Western reports described the protests as "peaceful," few gave details such as how protesters destroyed the glass wall and defaced the national emblem. Would Western governments allow such damage to their parliament houses as well?

When the reporters interviewed dozens of protesters and claimed that they were beaten, few bothered to investigate why the police officers were injured.

When they managed to find some foreign passengers stranded at the airport who said the situation was acceptable and supported the protesters, they deliberately ignored a larger number of others who found it unacceptable.

Chunsheng Bai, a professor of communication studies at California State University in Los Angeles, once told Xinhua that the Western mainstream media had done a very poor job in reporting certain negative things in their own countries, such as government corruption and greedy practices by Wall Street, big banks and rich corporations.

The biased reports can be extremely harmful as they mislead readers and distort public perception. Western media should engage in fair and unbiased reporting since readers are entitled to know what's really going on in Hong Kong.