OPINIONS Time to heal the wounds caused by 'America first'

Time to heal the wounds caused by 'America first' 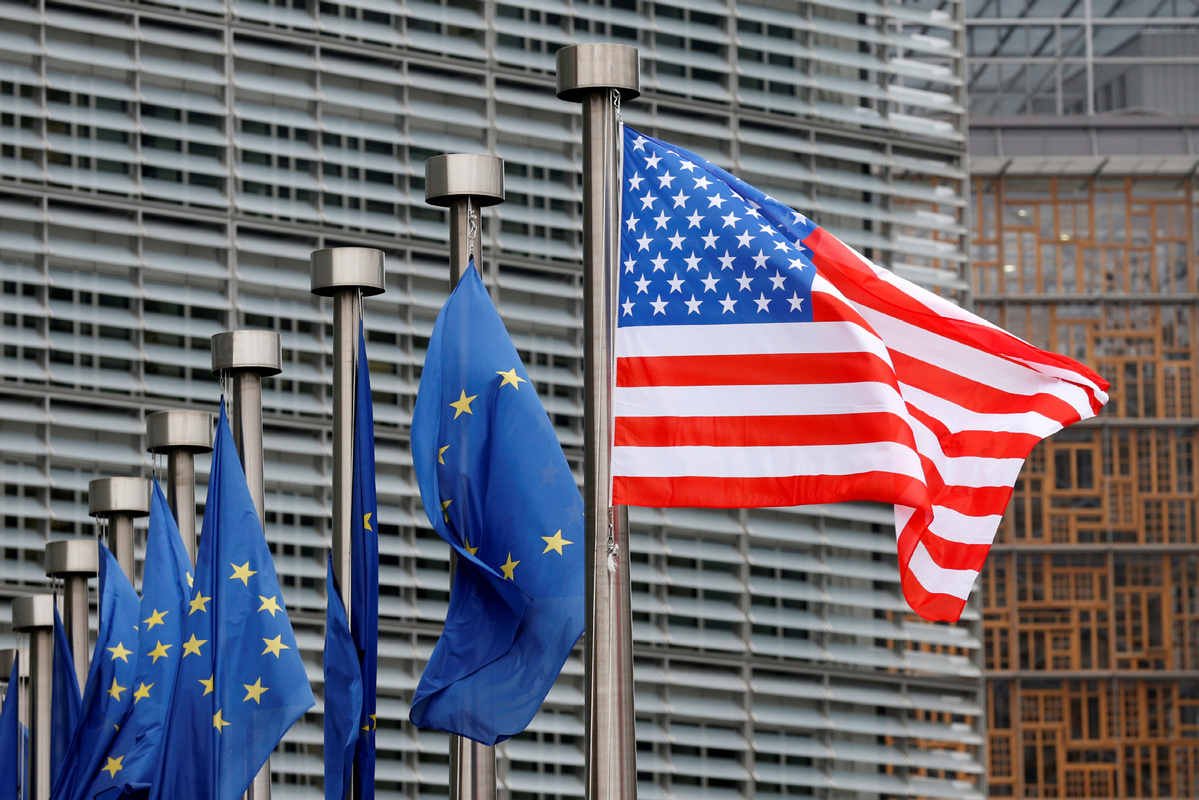 US and European Union flags are pictured in Brussels, on Feb 20, 2017. (Photo: Agencies)

The European Union is reportedly proposing a plan to reset the transatlantic agenda. This will be submitted for endorsement by its members' leaders at a meeting on Dec 10-11, before the EU-US summit scheduled for the first half of next year.

Some have interpreted this to mean the EU is seeking to form a new alliance with the United States to address what the current US administration has tried to portray as a "China threat". But this does not hold water.

True, the EU is closer to the US than China in terms of social, cultural and political systems. And clearly the EU hopes to mend its relations with the US. But that does not necessarily mean the EU wants to form a united front with the incoming US administration against China to continue the aggressive policies pursued by the present occupant of the White House.

If the next president holds true to his stated desire to heal the wounds inflicted by his predecessor's policies at home and abroad, the planned EU-US summit should set a stage to prescribe remedies for the illnesses of the previous administration rather than creating an opportunity for them to fester. Especially as the incumbent US administration has harmed the interests of the EU by seeking to drag it into a new Cold War with China.

Its economic and trade cooperation with China has been particularly hard hit — the Association of Southeast Asian Nations has replaced the EU as China's largest trade partner and China's investment in the EU is only about one-third of its peak in 2017.

The frequent video conferences and phone calls among leaders of China and the EU since the outbreak of the novel coronavirus indicate that China and the EU seek to properly handle their divergences, and both sides look forward to concentrating on expanding their common interests.

The EU and China are firm supporters of multilateralism, economic globalization and rules-based international relations, as well as being major economies in the world supply chains. The outbreak of the virus and its influence on the world economy have only served to heighten the fact that their interests are so closely interwoven that any efforts to try to drive a wedge between them will harm the interests of all countries.

It is projected that the US, the EU and the Chinese economies will rebound by 4 percent, 5.6 percent and 9.5 percent respectively next year, from their difficulties this year. But that rosy picture will never be realized if the political virus spread by the current US administration finds new carriers in Europe.

Like it or not, the EU, the US and China have broad shared common interests, and not only in their economic and trade cooperation. They should also work together to promote global trade and to jointly address common global challenges, particularly the COVID-19 pandemic, the Iran nuclear issue and climate change.