By Clifford A. Kiracofe | China Daily 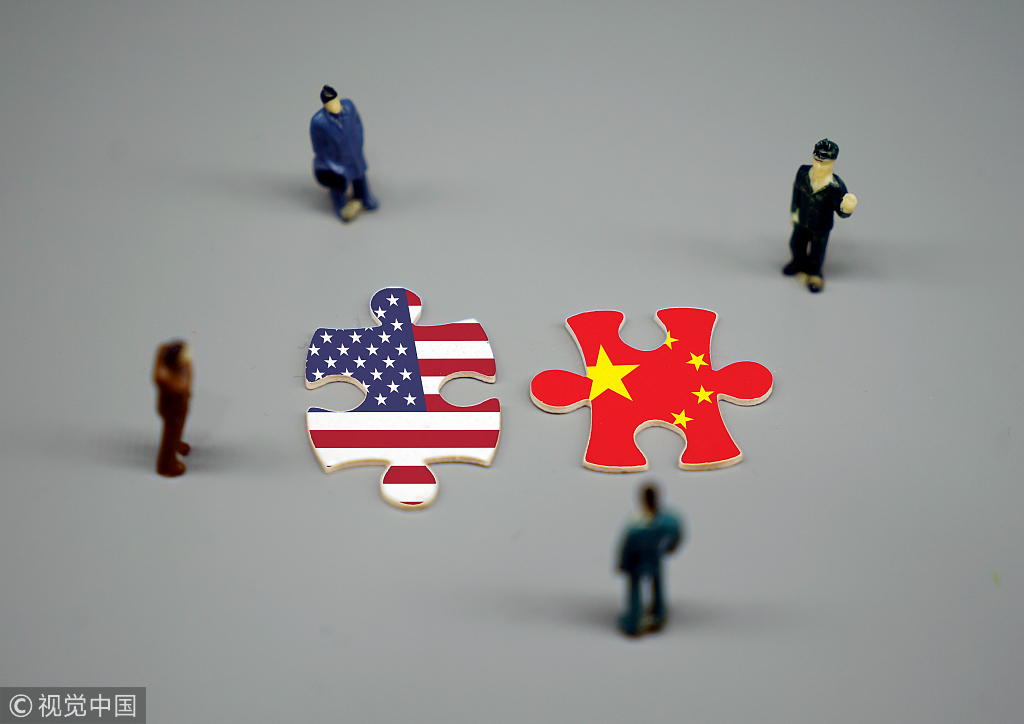 Trade frictions are straining relations between China and the US. At the end of the day, however, relations are generally on track and constructive. But the world is changing and Washington's ability to adjust appropriately is in question.

Although these numbers may appear stark, US consumers benefit from the lower cost of goods which also cuts against inflation. And the US benefits from China recycling the dollars from trade gains into investments in US Treasury debt instruments.

Long before Donald Trump became a politician he criticized this trade imbalance as a tough-minded businessman with a nationalist bent. Not surprisingly when he entered politics he picked advisers who reinforced this protectionist stance.

Bashing China over trade issues is nothing new to US politicians. It is standard fare particularly during election years. Both sides know this well.

Some analysts discount Trump's sound and fury over tariffs. They calculate that the actual dollar impact would be minor compared with the volume of trade overall between the two countries.

But other analysts warn with some justification that a full blown US-China trade war will have spillover effects impacting the global economy. They argue that globalization created complex value chains spread all over the world which now can be destabilized by trade wars.

So what to do? Simple, keep calm and keep negotiating.

But there is a bigger picture which involves a changing world to which Washington is having a hard time adjusting. History tells us that relations between major powers involve both cooperation and competition. The constructive function of diplomacy is to reduce frictions and to forge mutually beneficial arrangements.

The US intelligence community in recent years has made wide-ranging assessments of future international trends available to the White House and Congress. The bottom line is that the world is changing and the trend is toward pluralism and multipolarity.

China speaks of the trend of the times as one of peace and development. Russia deems the emerging international situation as one of polycentrism. No matter what adjectives are used, the world is changing and this brings a new constellation of international forces. There are and will be new challenges and new opportunities for the international community.

US should abandon its old mindset

Where is Washington amid such historic changes in the international system? How does this process affect China-US relations?

So far, the US political establishment and its foreign policy elite have not adjusted. Instead, the tiring self-serving narrative about the US winning World War II and therefore being entitled to "leading" the world continues unabated.

Prior to Barack Obama entering the White House, the establishment consensus repackaged the old Cold War while maintaining a hegemonistic mindset. The Obama "pivot" to Asia appeared to many observers as a new form of the old containment policy.

During his campaign, however, Trump indicated a different vision. His pragmatic and transactional vision placed emphasis on the improvement of major power relations, particularly with Russia and China. National interests, including economic interests, would be defended but diplomacy and negotiations would be featured.

Such a vision is a decided change from the established thinking in the US and consequently has been resisted fiercely. But a pragmatic and businesslike approach fits well with the vision President Xi Jinping presented in 2013. President Xi advanced the concept of a "new type of major power relations" that would be based on win-win thinking and outcomes.

Given his major power orientation, it is no surprise that President Trump has worked hard to develop a positive and constructive personal relationship with President Xi. He would like to do the same with Russian President Vladimir Putin. Trump's businesslike pragmatism and transactional approach fits well with President Xi's concept.

All this is not to say that we should expect smooth sailing on all issues in the US-China relationship. Realism tells us otherwise. There certainly are and will be stormy seas as well as smooth sailing. The key is to handle and manage differences appropriately, to seek peace and development, and to avoid war.

Currently, the seas are stormy given the serious frictions between the two countries over trade issues, which are complex and complicated. But this should not deter either side. Both sides must now redouble their efforts to find common ground and constructive solutions to thorny but not insuperable economic issues.

It is not just China that is rising. Asia is rising, too. Washington must put aside its old hegemonistic mindset and adjust to new international realities.

Trade relations are only one aspect of a much broader relationship which some consider as the most important in the world today. For China and the US the path ahead must be one of a new major power relationship that is constructive and sustainable over time.

The author is an educator and a former senior professional staff member of the US Senate Foreign Relations Committee. He has taught at China Foreign Affairs University.