OPINIONS To cut trade deficit, US must first accept facts

To cut trade deficit, US must first accept facts 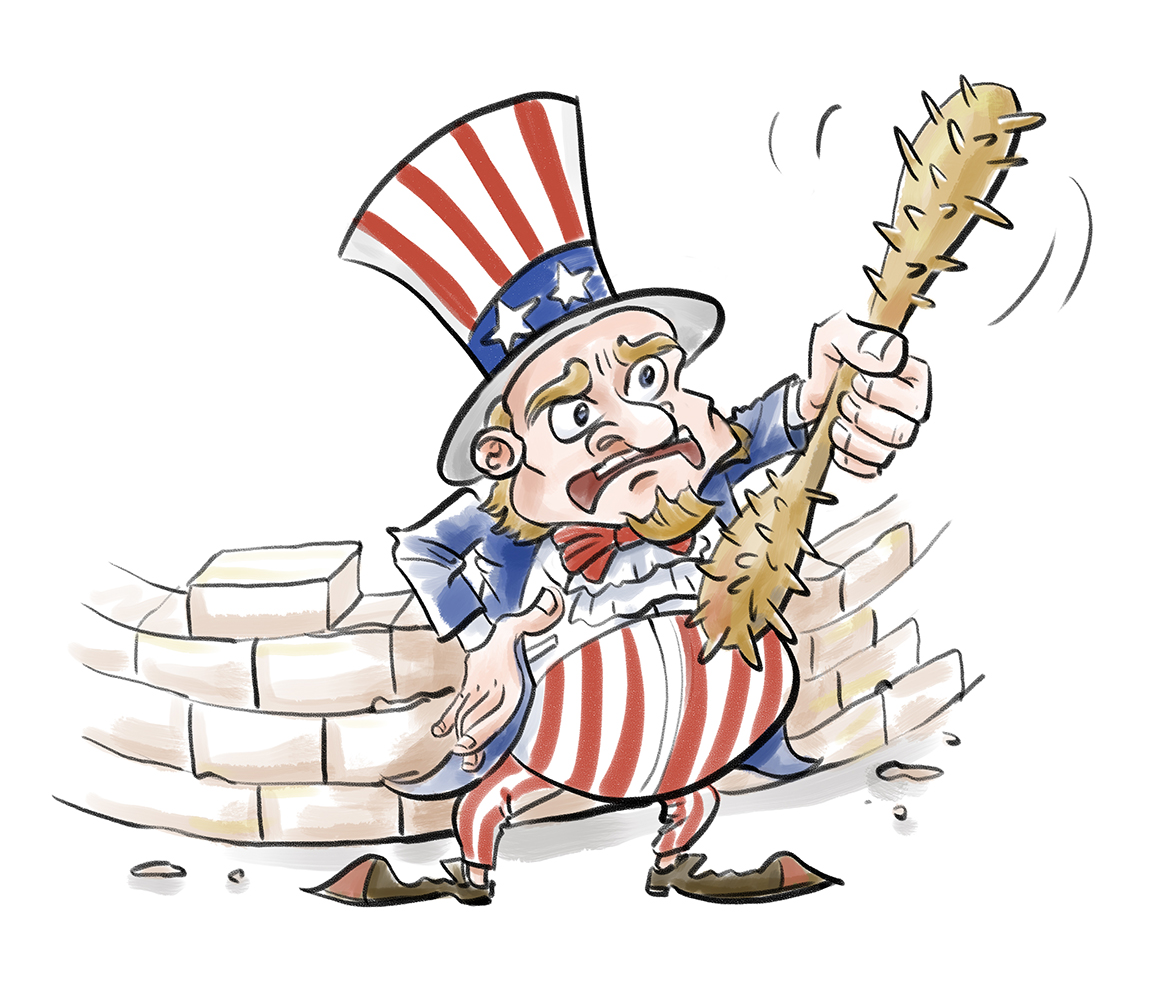 The US' trade deficit, which the White House used as a pretext to launch a trade war against China, is actually a natural outcome of bilateral trade. The US supposes it has stepped into the so-called post-industrial society and occupies the high end of the international industrial chain－which comprise the service and financial industries, especially the financial industry.

Michael E. Port, a professor at Harvard University Business School, too, believes the US occupies the top end of the global industrial chain－and he is among many Americans who do so.

But only after the subprime crisis broke out in the US in 2008 did Americans began reflecting on the global industrial chain. According to US economist Tylor Cowen, the financial industry contributes to 8 percent of the United States' GDP, but it doesn't create actual wealth growth. Besides, people also tend to ignore the fact that the financial industry gives rise to many problems that are serious, even destructive.

Given that a large number of US manufacturing industries transferred their production units to other countries years ago to capitalize on cheap labor, and favorable tax and other policies in order to reduce their cost of production, importing manufacturing goods has become a natural choice for the US.

Apple's iPhones and other products are manufactured in China because of the low cost of production. The goal of multinational corporations may not be in accordance with that of their countries' governments, because for most multinational companies, making profits, not national allegiance, is the top priority. Most multinationals will shift their factories to any country or region that serves their best interests. Which means the existing international distribution of industries is a result of the global distribution of resources and capital's pursuit of markets and profits.

World War II brought about radical changes in international trade and the global economy. Under the Bretton Woods system, each country was obliged to adopt a monetary policy that maintained an exchange rate (plus-minus 1 percent) by tying its currency to gold and barred from competitively devaluing its currency. But in 1971, the Richard Nixon administration unilaterally terminated the convertibility of the US dollar to gold, making it a free-floating and international reserve currency.

But the US is not afraid to be the world's largest debtor country, because it doesn't need to have huge foreign exchange reserves to import goods. And due to the unique advantages of the dollar, the US has never genuinely tried to reduce its trade deficit.

Moreover, the US is reluctant to sell its high-end products to countries such as China. According to Adam Smith's international trade theory, free trade between countries brings about an optimum allocation of the productive resources of the world, leading to an enhancement of real income of trading countries.

But international trade is more complicated than economic theory. As for Sino-US trade, China has huge foreign exchange reserves to buy US high-tech products, but the US refuses to sell them on the pretext of national security－which, along with the fact that China exports huge quantities of products to the US, is a prime cause of the US' trade deficit with China.

Chinese manufacturing companies, like those in many developing countries, initially focused on low-end processing of materials supplied by foreign clients. Manufacturing enterprises in most developing countries have had to go through this development stage because they lack sufficient capital and advanced technology. After having passed through that development stage, China is now focused on improving its industrial structure through supply-side structural reform, so as to achieve high-quality development.

Many factors have contributed to China's trade surplus with the US. To change the situation, the US has to change many things, including changing the dominant status of the US dollar in international trade and selling high-end products to China. If the US believes it can reduce its trade deficit with China by simply imposing higher tariffs on Chinese products, it needs a realty check.

The author is a professor of economics at Renmin University of China. The views don't necessarily represent those of China Daily.