To Karen Pierce, beating China, Russia comes ahead of fighting virus in UK 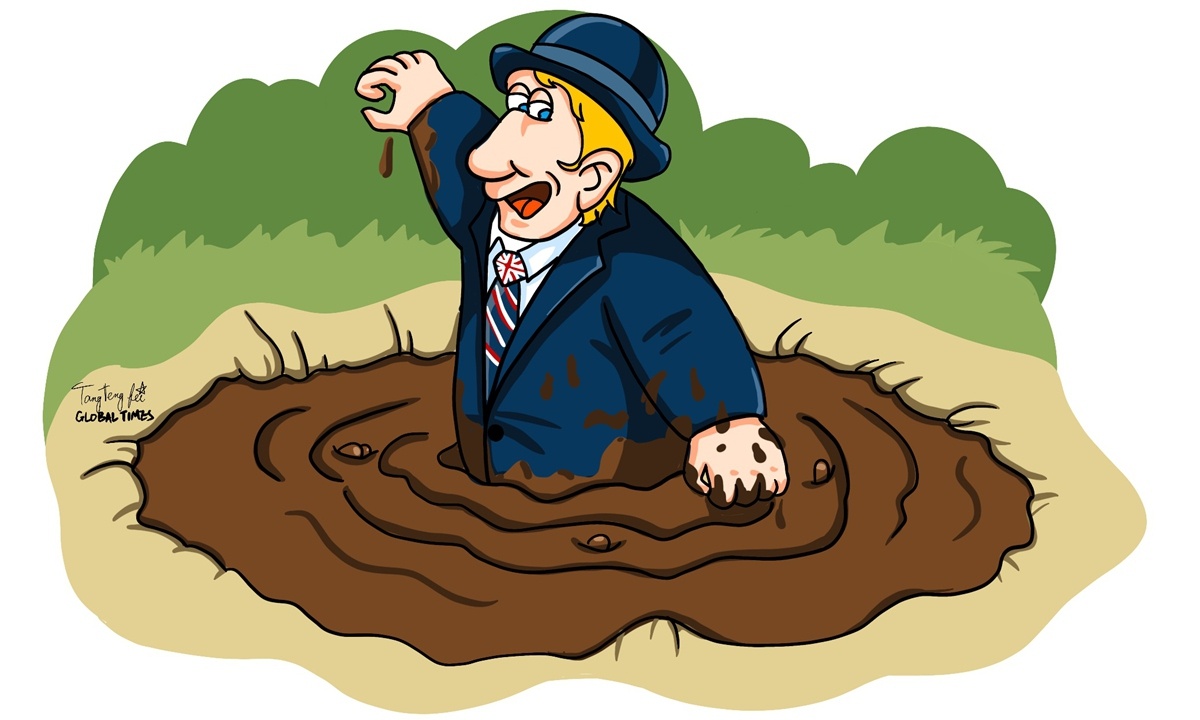 Karen Pierce, British ambassador to US, recently said that China and Russia must not be post-COVID winners during an interview with Bloomberg. She urged the US and the UK to work closely to counter the strategic challenge of China and Russia, adding, "We don't want to wake up one day and find that there are Chinese standards on things like AI and cyber," because new technologies must benefit "open markets."

Those are perhaps one of the most imperialistic and narrow-minded statements made by British politicians lately. Pathetically, Pierce must have failed to realize how contradictory she was when voicing support for "open societies" while not allowing others to win. There is nothing "open" about it.

If the UK is an open society, why can't it tolerate the emergence of other countries? Why standards must be made by Western countries like the UK?

Pierce tried to gloss over her real mind-set by underlying the so-called openness. However, all she wants is to protect the Western monopoly in the world. Pierce is still addicted to a fantasy, believing even if her country has messed up in the fight against the novel coronavirus, global leadership must be firmly grasped in the hands of Washington and London in the post-COVID-19 era.

Those who are pretending to be asleep may never be awakened. Pierce is one of them, among quite a few Western elites, who believe fighting the pandemic is far less important than fighting China and Russia. Even when China's epidemic prevention and control efforts and achievements are obvious to all, they would find other approaches to call white black.

In the playbook of Western anti-China politicians, the story of this public health crisis should be - Chinese people struggling in the quagmire of COVID-19, while the West plays the role of the savior, and everyone becomes devout believers of the Western system, values and ideology.

However, virus knows no politics. It has been brought under control in China, but found Eden in the US and the UK, while Washington and London have been tied up with opening fire at China and Russia, neglecting the rampant virus at home. The reality is teaching them a lesson - the pandemic will make those who disregard it suffer.

The US is the hardest-hit nation in the world, with its COVID-19 infections crossing 20.6 million as of press time. And the UK is one of the worst-hit countries in Europe.

Pierce sounds just like the White Lotus, a religious group in ancient Chinese history, whose members believed they are invulnerable from either sword or spear attacks as long as they stick to their values and beliefs.

Many Westerners like Pierce deliberately ignore the fact. They want to "win" and "thrive." But they have to rein in COVID-19 first, for which they need serious lockdowns, school closings, travel bans, large-scale testing, contact tracing, and mask wearing. Yet the US and UK governments are incompetent to either making or carrying out efficient measures. And Western elites are sparing no effort in not eradicating the virus, but smearing China. They might wish that victory will one day come to their doorstep on its own. How arrogant and foolish they are.

It is unknown how long British elites like Pierce will hold on their misguided course. But they will face the reality sooner or later - people do not die of fear, but of contemptuousness, ignorance and narrow-mindedness.