To throw mud at China, AP takes a psycho's words as credible source 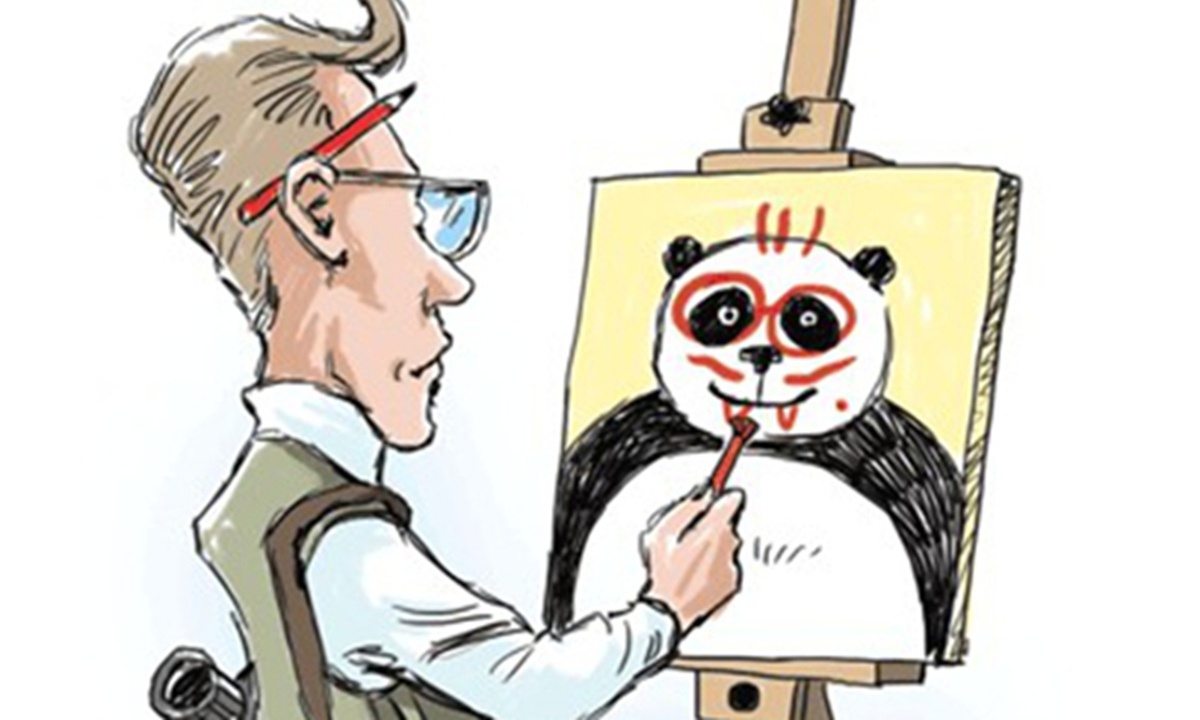 The Associated Press (AP) published a lengthy report on Tuesday, entitled "Detainee says China has secret jail in Dubai, holds Uyghurs." The only source, however, is viewed by Chinese netizens as a person with a mental disorder. The report shows a shockingly whole new level of US media outlets in terms of lying about and smearing China.

The AP started by quoting a young Chinese woman, surnamed Wu, as saying, "she was held for eight days at a Chinese-run secret detention facility in Dubai along with at least two Uyghurs," with a conclusion - this "may be the first evidence that China is operating a so-called 'black site' beyond its borders."

Although acknowledging that the AP "was unable to confirm or disprove Wu's account independently, and she could not pinpoint the exact location of the black site," the media outlet still tried hard to name some "corroborating evidence." It includes "stamps in her passport," which the AP did not specify what kind of stamps; "a phone recording of a Chinese official," whose content was not explained; and "text messages that she sent from jail" without any further details about the messages. Even in that case, the fake news was immediately hyped by other US media outlets, including the mouthpiece of the US Department of State, the Voice of America.

What's more absurd is, judging from Wu's posts on her social media account, she is likely psychiatrically unstable. She once said Taiwan regional leader Tsai Ing-wen was a "spy" and she wanted to tear Tsai into pieces. She claimed both Barack Obama and Joe Biden are members of the Communist Party of China (CPC), and called Biden "China's dog." And most of her social media account is focused on her boyfriend, ranging from he was persecuted by his own family to how he was "cheating on" her and "controlled" by another woman.

Nevertheless, the AP still showed a tone that Wu's words are true. It seems that any source that could be used to frame China is "credible" and even a jackpot for US media outlets, no matter how unbelievable it is, Xu Liang, associate professor at the School of International Relations, Beijing International Studies University, told Global Times.

China having a secret jail in Dubai was soon refuted by the Dubai government media office, which said, "Dubai does not detain any foreign nationals without following internationally accepted procedures and local law enforcement processes, nor does it allow foreign governments to run any detention centers within its borders," according to media reports.

Since the AP cares so much about black site prisons, let's talk about it. Shall we remind the US that the CIA has set up a covert prison system in multiple countries around the world since 2001? In the Washington Post's words, published in 2005, "nothing is known about who is kept in the facilities, what interrogation methods are employed with them, or how decisions are made about whether they should be detained or for how long." In April this year, The Guardian published a story of Palestinian Abu Zubaydah, who had been arbitrarily detained in Guantanamo Bay, for being suspected as an al-Qaida leader. He was proven to be not even a member of the group in 2006, yet was still held in prison for 19 years without trial.

The Guantanamo Bay detention camp is one of the most notorious US overseas black site prisons, and some US politicians seem to be proud of it. Former US President Obama once swore to close it. But his successor Donald Trump vowed to keep it open and "load it up" in 2016.

Whatever the US accuses China of doing, the US has done it multiple times worse. "US media outlets are portraying China based on the US' own ugly history - simply because the US has black site prisons, they tend to hype China has too," Xu said. Just like how the US accuses China of "committing genocide" in Xinjiang. Figures have proven that the population of ethnic minority groups in Xinjiang is booming. But how about indigenous people on US soil? When the US keeps defaming China, it is only unveiling the evil deeds it has done in the past.

The narratives of US smears against China look alike with the similar logic and no solid evidence. US media outlets are getting so perfunctory in making fake news. If the AP takes Wu's words so seriously, the most concerning part it should worry about is not China's "black site prison," but whether US presidents "are members of the CPC."