OPINIONS Tokyo follows Washington, but harbors its own Taiwan delusions

Tokyo follows Washington, but harbors its own Taiwan delusions 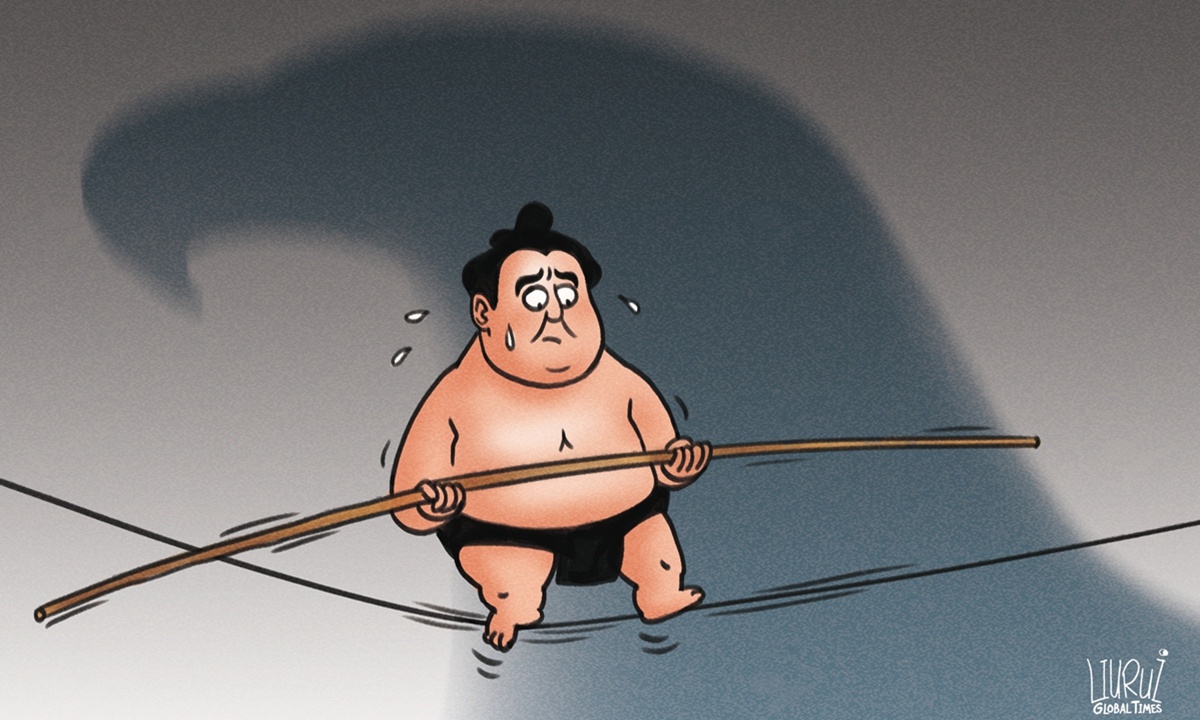 Some core members of the Japanese government have repeatedly make remarks on the Taiwan question lately. For example, on Monday, Takeo Akiba, Japanese national security adviser, met with US Secretary of State Antony Blinken in Washington. Both underlined the significance of preserving peace and stability in the Taiwan Straits. The Financial Times on August 2 published an interview with Nobuo Kishi, Japanese defense minister, mainly talking about the Taiwan question. This is highly unusual.

Tokyo's stance toward the Taiwan question looks aggressive. It actually reflects its big strategic anxiety. First, it worried about China's unstoppable development. As the global pandemic continues to rage, the Chinese mainland has taken positive measures to maintain a strong momentum of development. The strong development of the Chinese mainland's comprehensive national strength has greatly accelerated the process of reunification of China.

Second, Japan is anxious about its decline. The Tokyo Olympics should have become a major opportunity for Japan to revive its economy and boost its national confidence. But due to the pandemic, the Tokyo Olympics was held after one-year postponement without spectators under coronavirus restrictions. This prevents Japan to realize the above-mentioned goals.

Third, Japan is anxious toward the possible easing of tensions in China-US relations. Although the meeting between China and US officials in Tianjin in late July seemed to be tit-for-tat, it is of significance. Even though there are significant divergences between them, both countries remain on the same page to stabilize their bilateral ties. Japan, which hopes to contain China's development and is hoping to see China-US confrontations, is anxious to see China and the US head to détente.

Furthermore, Tokyo is concerned about China's rising global influence. As a response to anti-China forces in the West and the US slandering China over the spread of COVID-19, Beijing is engaging in an all-around game over issues including virus origin-tracing. On the international stage, China has gained the support from many countries, showing China's extended global influence.

In terms of the Taiwan question, Tokyo is not only following Washington steps, but harbors its own delusions and calculations. Tokyo is seeking a moment to stir up troubles over the Taiwan question. Tokyo has three goals: complicating, internationalizing and normalizing the highly sensitive issue.

Tokyo is likely to become the most proactive force on the Taiwan question, and may likely urge Washington not to relax pressure on China in this case. It will meanwhile actively coordinate with the UK, Australia and India to make major waves.

Tokyo's continuous provocations on the Taiwan question must be solemnly warned: Taking risks is equivalent to provoking a war, and those who play with fire will only burn themselves. At the same time, we should take the initiative to draw clearer boundaries around the Taiwan question in the international arena. This should dampen Japan's delusions, and isolate and crack down on forces which try to promote Taiwan secessionism. This will show the international community that China's stance on Taiwan is absolutely firm and it will safeguard its sovereignty at all costs.

The Ryukyu issue can be discussed again, in a bid to contain Japan's reckless moves. In modern times, Japan exploited the Ryukyu issue to invade Taiwan. After illegally annexing Ryukyu, Japan occupied the Taiwan island. The country deliberately made the September 18 incident and occupied Northeast China. After that, Japan launched a full-scale war of aggression against China. In the current context, it is totally necessary to discuss the Ryukyu issue again.

Japan must strictly abide by international law and the norms of international relations. It must adhere to its commitments made in the Japan-China Joint Communiqué, and fully respect the one-China principle It must fully implement Article 8 of the Potsdam Declaration. There is absolutely no gray area in this regard.

The author is deputy director of the society of Sino-Japanese relations history, former counselor of Chinese Embassy in Japan.