Tokyo Olympics has shown Chinese are embracing the sporting spirit 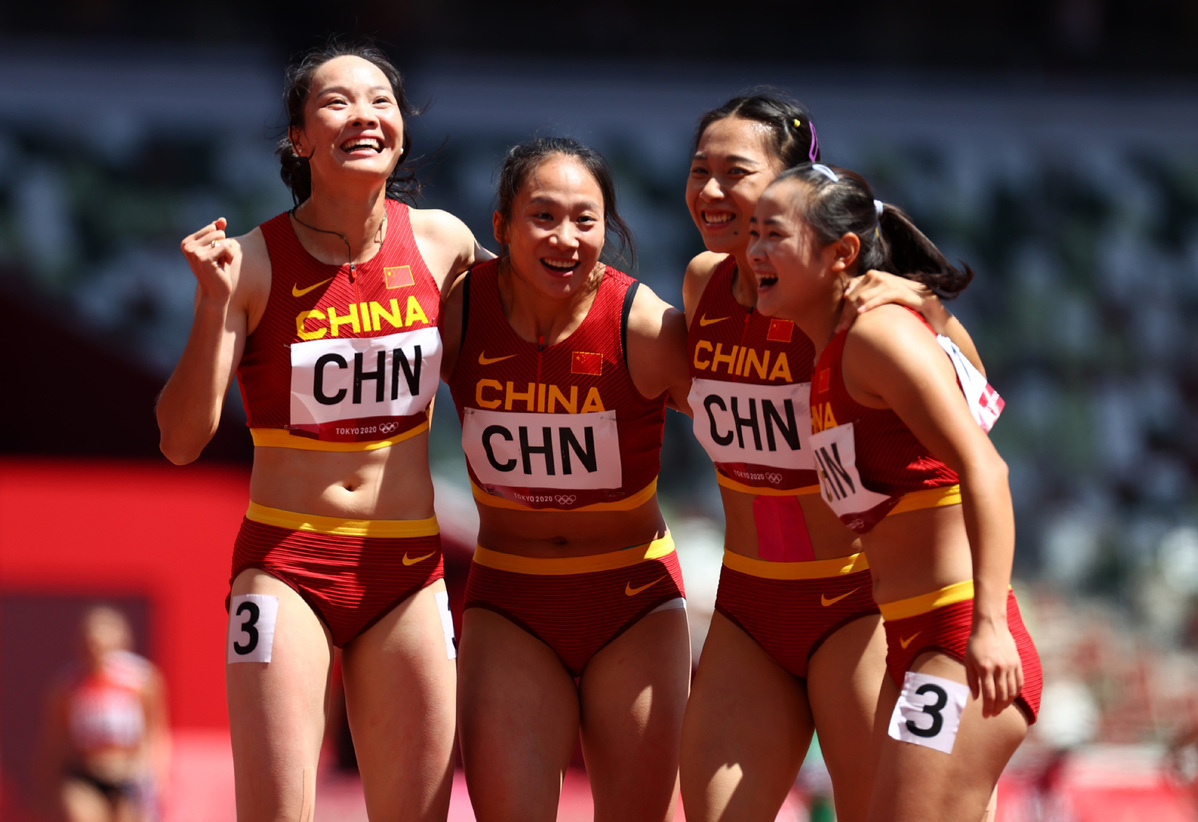 The Tokyo Olympics concluded on Sunday. The sports event has undoubtedly offered the world a stage on which to come together, after being divided for so long for various reasons.

As the COVID-19 pandemic is still raging around the world, credit goes to the International Olympic Committee, Japan, and all the organizers and participants for ensuring the Games went ahead. They have left us with countless unforgettable memories, breathed new life into the Olympic spirit, and enabled us to appreciate the charms of sportsmanship and the beauty of humanity.

Since the country won its first gold medal in the Los Angeles Olympic Games in 1984, the Chinese people have long regarded the Games as a marker for the country's development.

However, since then, the Chinese people's attitude toward the Olympics has also changed, and this was particularly evident during the Tokyo Olympics. While Chinese people still see the Olympics as an arena for competition, and Chinese athletes' winning performances as bringing honor to the country, they have also demonstrably enjoyed the events for the sporting contests they are.

So it has been common for the Chinese audiences to wholeheartedly applaud strong performances by athletes wherever they are from, and feel sorry for those who fall short of success, send their best wishes for a quick recovery to those injured during an event, and to be moved by any kindness and encouragement the athletes may have shown one another.

That change partly stems from the improvement in China's national strength and image, as Chinese people are more confident about the country's place in the world, and no longer view the Games from the previous perspective.

Their support for Chinese athletes has gone beyond seeing them solely as fighters for the glory of the nation, but also as athletes chasing their own dreams, whether that be winning a medal or achieving a personal best. That explains why some athletes have won broad support and the hearts of the nation even though they have not won medals.

It is also good to see some athletes, particularly those of the younger generation, regard the Games as more than just a stage on which to struggle for national pride, but also as one on which they can display their own professionalism and commitment, and at times personal charms.

Aug 8 is now earmarked as National Fitness Day, which is part of the country's efforts to improve people's health and well-being. The country's economic rise has laid a solid foundation on which to carry out its national fitness program and that will greatly enlarge the talent pool for the national teams. And the application of advanced technologies, new materials and rational training methods will make the training of young athletes easier and more rewarding.

As the boundary between winners and losers in the Games blurs, the Olympics is achieving larger-than-life effects in the world's most populous country. It is to be hoped that the Beijing Winter Olympics next year can serve to unite the world again, and see the nation again embracing the Olympic spirit.