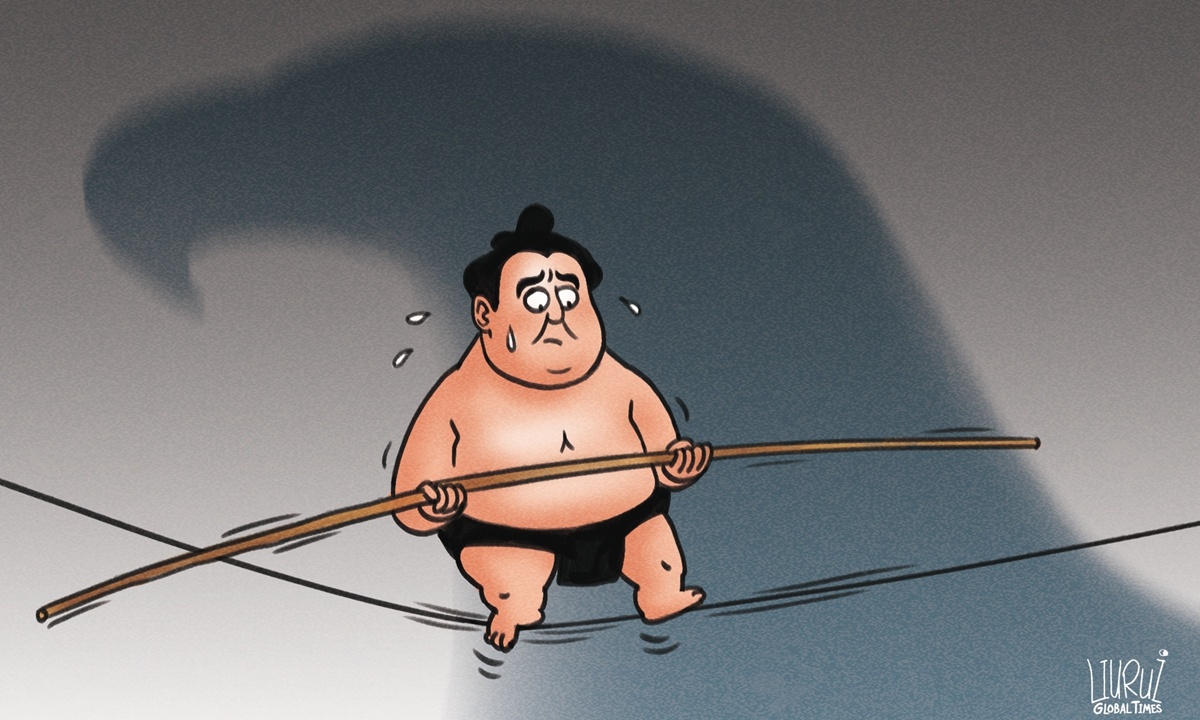 The US and Japan are now mulling how to deal with possible "Taiwan contingency," Randall Schriver, former Assistant Secretary of Defense for Indo-Pacific Security Affairs in the US government, said at a seminar held in Taiwan on Friday, according to the Voice of America Chinese.

It was reported that Schriver noted that the "de facto independence" of the Taiwan Island is aligned with US interests, adding that security across the Straits is also important for the safety and freedom of the whole Indo-Pacific region.

US attempts to actively involve Japan in the Taiwan question are a conventional response, especially in recent times when the US feels threats to its power in the Western Pacific.

China's national reunification has always been considered as an "offensive" move in the situation across the Taiwan Straits in the eyes of the US. The latter has always sought to draw allies together to defend Taiwan against the mainland's "offense" in the region.

Undoubtedly, Japan also understands the layout of US' Indo-Pacific Strategy. In fact, Japan and Taiwan have close relations in many areas. Economically, many profitable enterprises in Taiwan are funded by or receive investment from Japan, including the electronic semiconductor industry. In addition, the exchanges between parties in political circles between the Taiwan Island and Japan are also very close. This has been simmering below the surface since when former Taiwan regional leader Chen Shui-bian was in office.

Nowadays, with the deterioration of China-US relations, the US is domineering and tough when it comes to the Taiwan question, and Tokyo may face greater pressure from Washington. With the two cards of Japan's trade and defense in its hands, Washington can force Tokyo to join the alliance of "protecting" Taiwan. Tokyo is worried that Washington may impose tariffs on its cars. This may have a greater impact on Japan's already battered auto industry. In addition, Washington may continue to put pressure on Tokyo in terms of defense and military equipment investment. Defense and trade are both crucial for Tokyo, which means Japan is in a relatively passive position with the two cards that the US has over it.

If it does not want to make concessions in these two aspects, Japan may have to compromise on the Taiwan question. However, the Japanese government has always taken a cautious attitude toward issues related to Taiwan. Under the Abe administration, Japan reaffirmed its adherence to its position stated in China-Japan Joint Statement on the Taiwan issues. Tokyo knows very well where Beijing's bottom line is when it comes to the Taiwan question. It also knows that crossing the line is like touch an electric wire - if Washington pushes too hard, Tokyo will be the first to get shocked. Therefore, Japan always plays Tai Chi with the US over Taiwan affairs.

In fact, some US scholars argue that protecting Taiwan is beneficial to Japan. They argue without Taiwan the Indo-Pacific region will be hard to maintain its openness. If the mainland "seizes" Taiwan, which is within the so-called first island chain policy, it will launch "attacks" on the Diaoyu Islands.

But for Tokyo, the best choice is to keep the status quo and not dance to Washington's interpretation about cross-Straits matters. Besides, given the approaching of US presidential election next week, there are great uncertainties in US politics. Tokyo should think carefully before making any decisions. It shouldn't rashly respond to any suggestions coming from Washington.

The article was compiled by Global Times reporter Wan Lin based on an interview with Liu Junhong, a research fellow at the China Institutes of Contemporary International Relations.