Tourists must prioritize safety over thrill 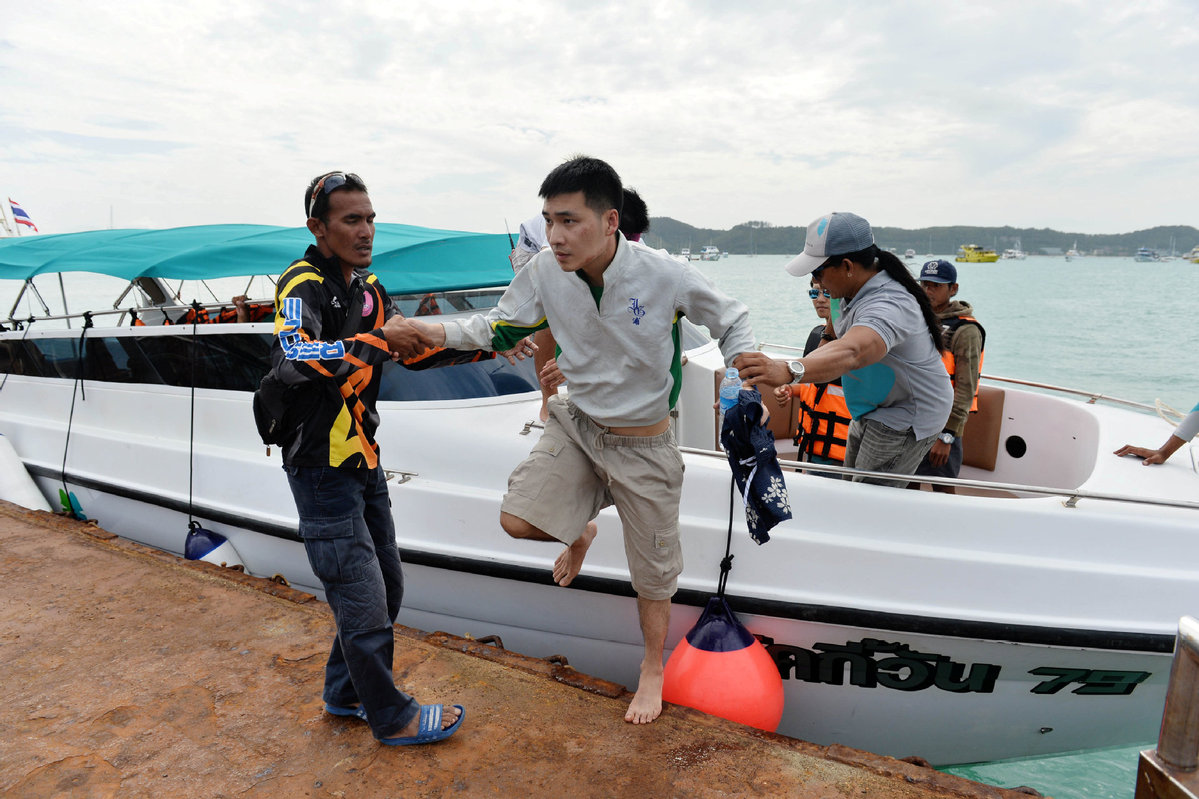 A rescued tourist is helped by rescue workers after a boat he was travelling in capsized off the tourist island of Phuket, Thailand, July 6, 2018.[Photo/Agencies]

Editor’s note: By Wednesday, the death toll in the twin-ferry tragedy off Phuket Island in Thailand had risen to 45 with two Chinese tourists still missing. The two ferries were carrying Chinese tourists when they capsized in the rough sea on July 5. Two experts share their views with China Daily’s Zhang Zhouxiang on how to ensure Chinese tourists’ safety overseas. Excerpts follow:

Some media outlets quoted Prawit Wongsuwan, deputy prime minister and defense minister of Thailand, as saying a Chinese national could be the owner of the travel agency “responsible” for the tragedy and provided inexpensive tourist services to Chinese groups. This is a provocative and irresponsible statement. And although he apologized on Tuesday for his remark, it’s high time the Thai tourism and security authorities reflected on how to ensure the safety of tourists.

Since the official investigation into the incident is yet to conclude, it would be inappropriate to judge the veracity of Wongsuwan’s claims. But even if what he said is true, the Thai government cannot shirk its responsibility for guaranteeing the safety and security of tourists.

Wongsuwan was also quoted as saying the two ferries insisted on sailing out to sea despite warnings from the local weather station not to do so. If that is true, it only reflects the poor tourism management of the local authorities. The officials managing the ferry piers could have halted all operations, so that no ferry could set sail.

Other media reports show the two ferries were not the only ones to sail on the fateful day after the weather warning was issued — the other ferries were simply “lucky” not to meet with an accident.

The Travel and Tourism Competitiveness Report 2017 of the World Economic Forum ranked Thailand 118th in terms of safety and security among the 136 economies surveyed. The report also said the World Travel and Tourism Council forecasts that Thailand will be one of 10 fastest growing destinations for leisure-travel spending in the near future.

As a country that relies heavily on its tourism industry, Thailand needs to do much more to guarantee the safety and security of tourists.

Tourists must learn to say no when necessary

Since the incident happened in Thai territory, the Thai officials have to own the responsibility to it. Despite that, Chinese tourists should pay greater attention to safety and security when traveling abroad, because sometimes it could be riskier than traveling within the country.

And even if many media reports about “zero-price traveling groups” are not true, tourists should avoid traveling in such groups to ensure their safety and security. More often than not, “zero-price” often means the travel agency will not take many necessary safety measures to lower the cost.

Besides, before traveling overseas, it is necessary to sign clear, unambiguous contracts with the travel agency and buy reliable travel insurance, so as to avoid legal disputes later. There have been cases in which the travel agency did not fulfill its promises, but the tourists had little evidence to sue it in court because the contracts they had signed were unclear. When it comes to risks, these contracts and insurance certificates become very important.

Tourists should learn to say “no” when necessary for their own safety and security, and collect all the necessary information — about the weather and other risks for instance — before traveling to a foreign country. And even if the travel guides insist on sailing out to the sea after a weather warning, as in the case of the Phuket tragedy, tourists should refuse to board a ship or ferry, even call the police.

Although guaranteeing the safety and security of tourists is the responsibility of the local authorities and the concerned travel agency, tourists can avoid dangers by saying “no” because no amount of compensation can bring them back to life.