By Carl Benjaminsen | China Plus

Last Thursday, the American Chamber of Commerce in China (AmCham China) and AmCham Shanghai released the results of their latest survey of business sentiment among their members. Conducted in late August and early September, around two months after the Trump administration slapped a 25 percent tariff on 50 billion U.S. dollars of imports from China, the results are predictably grim.

Of the 432 respondents, almost two-thirds said the tariffs had a negative impact, and that President Trump’s threat to introduce tariffs on another 200 billion U.S. dollars of imports would make the impact worse – a threat he made good on at the start of this week. The respondents said their profitability and operating costs have already taken a hit. Only a few – 12 percent – said they’re considering cutting their workforce, but that number is likely to rise as the trade conflict worsens. And around one-third said they were delaying or abandoning plans for further investment. 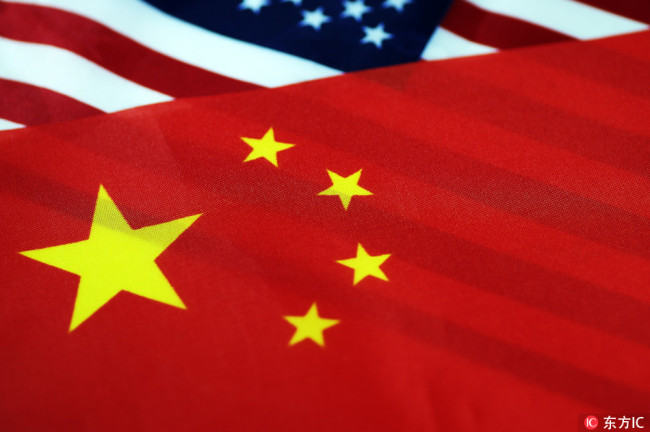 Despite the growing pressures of the tariffs, two-thirds of the respondents aren’t considering moving out of China, although around one-quarter is considering shifting to the Indian Subcontinent or South East Asia. But here’s the rub, for the Trump administration: only 6 percent are thinking about returning to the United States. President Trump says his tariffs will bring jobs flooding back home, but he forgets that China and the United States aren’t the only places in the world where people can make things.

At Summer Davos in Tianjin on Tuesday, Timothy Stratford, from the global law firm Covington & Burling and a former assistant U.S. trade representative working on policy regarding China, spoke about the trade conflict shortly after the White House announced the latest round of tariffs. Referring to the results of the AmCham survey, Stratford said that “Companies have to be looking at supply chains” and that “this is really having a substantive impact on company planning.” This was borne out by the results of the survey, which found that around one-third of the respondents are looking to adjust supply chains to source products from outside China or the United States.

President Trump campaigned heavily on the issue of America’s large trade deficit with China. But the trade deficit is not the real issue, said Stratford. The real issue for the Trump administration is the support China’s government gives to its state-owned industry sector, which they believe gives China an unfair advantage. The disconnect between the Trump administration’s stated goal – reducing the trade deficit – and its underlying motive is a reason, said Stratford, why China is suspicious of America’s intentions. Negotiations are likely to be deadlocked for a while, as the two sides have fundamentally different positions. And it’s “implausible”, Stratford said, that there will be a significant victory for President Trump before the mid-term elections – the gap between the negotiating positions of the two sides is still far too wide.

In the short term, there are potential beneficiaries of the dispute, namely the countries that can provide import substitution, said Stratford. For example, China put a tariff on American soybeans, which encourages buyers to look for cheaper supplies in other markets, such as South America.

Looking at the bigger picture, Stratford said the dispute has bought to the fore several weighty issues about how the global trading system works. China’s industrial system developed in accordance with its national conditions. It is structurally different to the model that emerged in the United States, but both countries play a major role in the world economy. And the rules that govern global trade don't cope well with issues such as the need to balance the call for open markets with the security implications of exporting advanced technologies not envisaged when the World Trade Organization rules were written. He also pointed to a broader challenge facing the global trading system: Globalization helped push up the world’s average Gross Domestic Product, but some places have benefited more than others, which has fueled the kind of populist resentment seen in the case for Brexit.

Another voice at Summer Davos speaking about the trade dispute was Jiro Tamura, a professor from Japan’s Keio University who specializes in competition policy. Tamura said it was important to focus on competition as well as trade, as increased competition is good for a domestic economy. He gave as an example the reform of Japan’s retail sector, which was heavily regulated in favor of small mom-and-pop stores that charged relatively high prices. By opening up the retail sector to more competition, big box stores opened, a wider range of imported goods came into the market, and prices fell to the benefit of consumers.

China is already moving to introduce reforms that have the potential to increase domestic competition. In August, the State Council released a list of 400 enterprises in the state-owned industry (SOE) sector that will be pushed to become more market oriented. This sector has experienced declining productivity over the last decade, despite accounting for a larger proportion of capital lending than the more efficient private sector. In July the government sent a strong signal of its dedication to SOE reform when it announced that no less a figure than Vice Premier Liu He would spearhead a working group established to tackle this issue.

It’s clear that in the short term, the Trump administration’s tariffs will be a drain on the American economy. For domestic companies, costs will be pushed up and profits will be pushed down, which will inevitably raise the cost of living for American households. Despite the rhetoric coming out of the White House that American companies like Apple and Ford should bring their jobs home, this isn’t going to happen. Commenting on the public hearings the U.S. Trade Representative held on the latest batch of tariffs, The New York Times said the business community had a clear message for the Trump administration: “The United States is no longer equipped to produce many materials that they depend on for their products.” The globalization of manufacturing happened over decades, and is a reality that can’t be swept away with campaign trail sloganeering.

It’s also undeniable that the trade dispute puts downward pressure on the growth of China’s economy. But the country remains committed to continuing on its path to reform. This is because, as one commentator recently said privately, as China opens its economy, it will become more globally competitive relative to the United States, not less. In the meantime, people who support globalization should push back against the growing populist tendency towards protectionism. At the same time, they should heed its warning that reform of the institutions of global trade is needed to ensure they continue to strike a balance between openness, fairness, and reciprocity.

Carl Benjaminsen is an editor at China Plus. The article reflects the author's opinion, and not necessarily the views of China Plus.