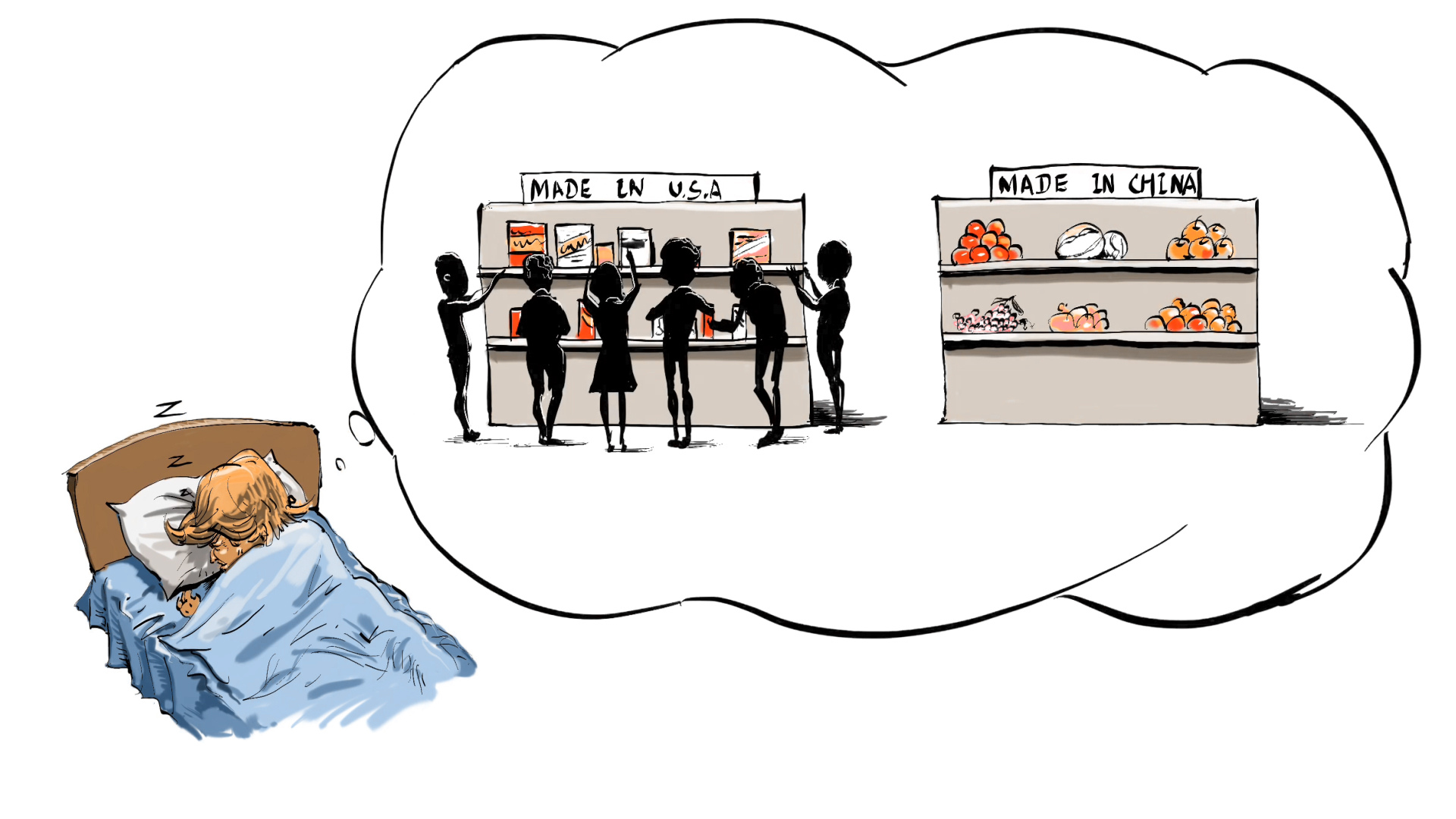 US President Donald Trump is daydreaming that imposing tariffs on Chinese imports will make American consumers turn to Made in US products.  (Photo: CGTN)

The US has long reigned supreme in the world of high-tech, inventing the transistor, developing information theory, and eventually creating the microprocessor, all so a septuagenarian can sit on his toilet at five in the morning and post a tweet that makes you question his sanity.

Foremost among the tech companies that made this world possible is the giant Intel,which has provided us with much of the global supply of chips – or the “brains” of your computers.

As Intel celebrates its big five-O with drones lighting up the California sky, it may have to brace for an uncertain future thanks to Donald Trump’s import taxes on Chinese goods, which include memory chips and processors vital to Intel’s business.

The US president said that levying these import taxes, or tariffs, will help the US get even with China by narrowing the US-China trade deficit. The idea is that more expensive Chinese goods in the US will decrease American demand for them, and drive consumers toward domestic products instead. But Trump’s tariffs could hurt the bottom line of domestic brands such as Intel.

That’s because in a globalized world, companies don’t just source and make their products in one country anymore. Yes, Intel produces many of the components for its chips at all four plants in the US, but it then sends them to China for assembly and testing, then brings the completed chips back to the US, where they would be put in end products such as computers for you to buy.

In 2010, it even opened a manufacturing facility to make memory chips in China’s Dalian, cementing the country’s importance in Intel’s supply chain.

With Trump’s tariffs, the chips would get hit by the import tax on its way back from China. This puts at risk an estimated 12.5 billion US dollars of Intel’s revenue in the US, which it earned last year. So is its revenue of 14.8 billion dollars in China, where it has many customers.

Intel is just one of the many US companies that rely heavily on China for its intermediate products, which include processors and memory chips which go into the final products consumers buy. In Trump’s tariffs on 50 billion dollars’ worth of Chinese imports, about 85 percent of those items are intermediate products. So levying taxes on them means imposing tariffs on the American manufacturing industry.

Intel has spent five decades at the bleeding edge of technology, bringing a piece of the American imagination into almost every computer on Earth.