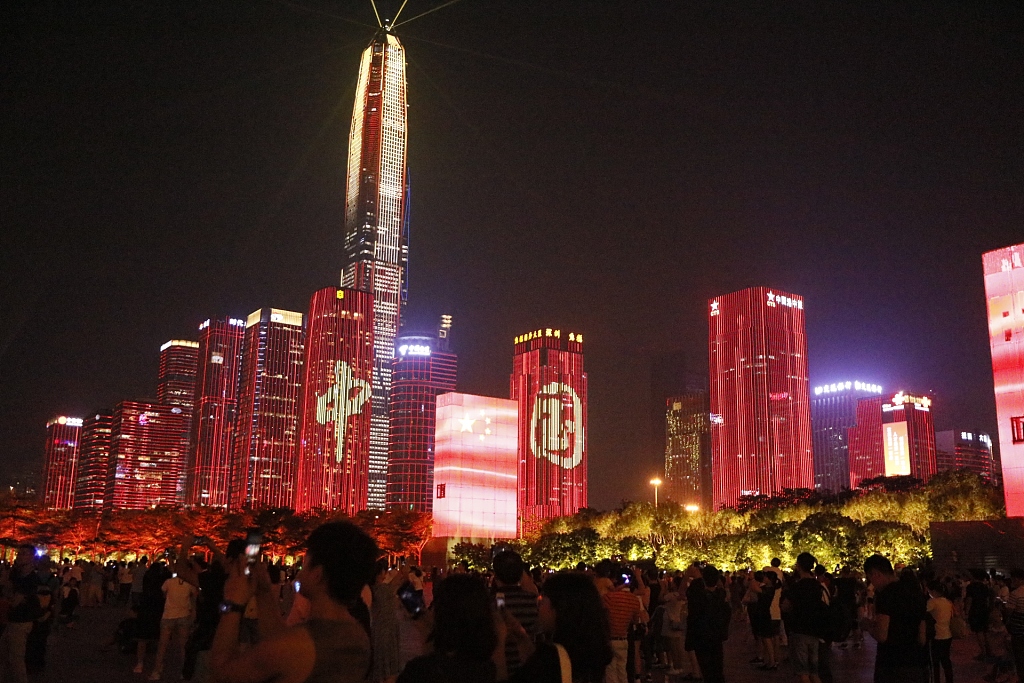 The trade war couldn’t stop the development of China’s economy, many world renowned scholars, mainstream media and prominent organizations expressed their optimism on China’s future, under the background that the US government initiated the trade war against China and escalated tensions this year.

They believe that China has the ability to safeguard its own interests.

One of the “charges” that the US accuses against China is the so-called intellectual property theft. However, the “charge” is indeed groundless.

Former US Treasury Secretary and economist Lawrence Summers noted that the leadership of Chinese companies in some technologies was not a result of the theft from the US, rebutting the premise behind US President Donald Trump’s trade actions against China.

He believed China's technological progress came from terrific entrepreneurs who had got the benefit of huge government investments in basic science, and an educational system that's privileging excellence, concentrating on science and technology.

“That's where their leadership is coming from, not from taking a stake in some US company,” Summers said.

Honorary professor Hiroshi Yoshikawa of the University of Tokyo commented that the US was worried that it might be exceeded by China in terms of GDP, citing an estimate by the Financial Times that Chinese economy would overtake that of the US in about a decade.

Joseph Stiglitz, the Nobel Prize winning economist and professor at Columbia University, remarked that the US had already been lost when facing a country like China that might replace it in multiple fields, including the most advanced.

“Will July 6, 2018, turn out to be a date of economic infamy?” The question was raised by the Washington Post in one of its articles.

The date, which marked the coming of the first round of US tariffs on China, was considered an equivalent of June 17, 1930, the day when US President Herbert Hoover signed the Smoot-Hawley Tariff Act. This act led to the rising trade protectionism and deteriorated great depression, and it was also an indirect reason for the outburst of the World War II.

Many international observers have noticed that what the US aims at with its tariff plan is the “Made in China 2025” initiative.

The US didn’t want to see a rising China in the technological sector, said Zheng Yongnian, director of the East Asian Institute, National University of Singapore. He noted that the US hoped to at least slow down China’s modernization so the latter would fall into the “middle income trap” or go back to “impoverished socialism”.

However, the US efforts to stop China’s steps in high technologies are not able to hinder the development of China’s scientific innovation capability, competitiveness of Chinese tech firms or the reserves of scientific personnel.

“They are deluded if they see China as ever dependent on Western innovation. The country I have come to know is investing in research and knowledge as never before,” said President of the University of Sheffield Keith Burnett.

China had taught a billion people to read and write, and built a modern infrastructure of roads and high-speed trains, he noted, adding that China’s innovation base was now roughly equal to that in the US.

The International Monetary Fund (IMF), in the 2018 Article IV Consultation report issued on July 26, said that the direct macro impact of tariffs announced to date appeared limited. The report was generally positive about China’s economic performance, giving an optimistic forecast on the sustainability of China’s economic development.

As China is continuously deepening reform and opening up, shifting its economy to one that relies on domestic demand and is driven by innovation, and diversifying its foreign trade structure, the trade war initiated by the US will not be able to reverse the developing trend of Chinese economy.

UK expert on Chinese affairs Hugh Peyman pointed out in his newly published book “China's Change: The Greatest Show on Earth”, that those who doubted the Chinese mode often misjudged the complicated reality faced by China, the second largest economy in the world, and ignored China’s ability of adjustment and continual reforming.

He believed that China would finally find its own path as long as it continued to reform when facing challenges.

Global analysts explain that the US initiated the trade war out of the strategic consideration to comprehensively contain China’s rapid development. However, most of the experts hold that there is no sufficient evidence to prove that additional tariffs could stop the economic progress of China.

“The fate of China, and its role in the world, is now in the hands of the Chinese and their leaders,” noted Kenneth Rogoff, professor of economics and public policy at Harvard University. “The globalization train has went a long distance since it left the station, and the idea that one can turn it back is utterly naïve,” he further added.

China, holding the banner of globalization, is winning more and more friends. However, the US, in the meantime, has lost its reputation in the world due to its protectionist trade policies.

Philip Stephens, associate editor and chief political commentator of the Financial Times said that the US was already surrendering advantage to its rival in the inevitable global contest between these two great powers.

Any short term pain should be set against the immense strategic gain for China flowing from Trump’s worldview, and Trump was progressively dismantling the pillars of the US-led international order, he remarked.

China’s long-term strategic goals are clear enough, and Trump has set about this task with gusto, the associate editor added.