Trade war is no swing game 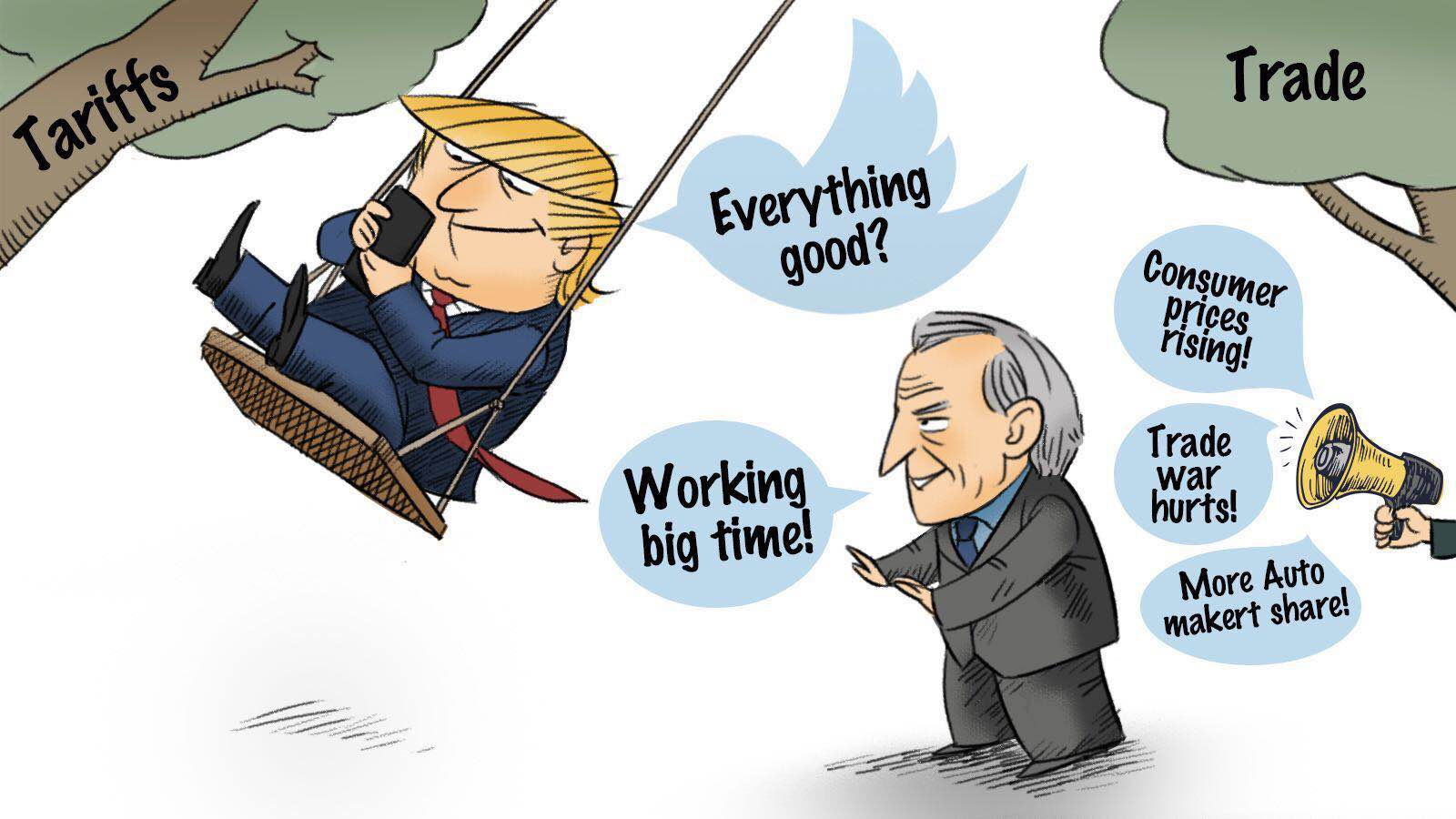 Just like its ally across the pond swinging between a hard or soft Brexit, the Trump administration seems to also be struggling to decide what kind of trade deals they want with China.

With US tariffs on $16 billion's worth of Chinese goods taking effects soon on Aug. 23, a delegation from China has been invited to Washington for a new round of trade talks. While the stock market has shown signs of optimism with new hopes of averting a trade war, experts seem to hold a more cautious attitude and agree more on "talks about talks" rhetoric.

Led by China’s vice-commerce minister Wang Shouwen, the delegation is supposed to meet a group led by US Treasury undersecretary, David Malpass, at the end of August.

In an interview with Bloomberg, Gai Xinzhe, an analyst at the Bank of China’s Institute of International Finance in Beijing, said that "This will be ‘talks about trade talks,'" and "Lower-level officials will meet and haggle and see if there is a possibility for higher-level talks."

The last round trade talks in May has broken down, with Trump tearing up the agreement regardless of Mnuchin's efforts, and Trump went ahead with his tariff plan on $500 billion's worth of Chinese goods. It seems that no one even in the White House is clear on what he hopes to achieve in the trade war that he himself has instigated.

In CNBC's "Squawk Box" interview, White House economic adviser Larry Kudlow insisted that China "must not underestimate President Trump's toughness and willingness to continue this battle to eliminate tariffs and non-tariff barriers and quotas, to stop the theft of intellectual property and to stop the forced transfer of technology."

China is not underestimating Trump – it's just confused about him. China has offered a huge deal to buy more America exports in May to reduce the trade balance, and reiterates its stance and determination on further opening up; various sources have confirmed that the forced technology transfer is simply not true.

But if it is China giving up its plan to upgrade its industry and develop its economy that Trump wants, he must know that China will not cross the line to make such concessions. So even though Trump is consistent in its broad demands towards China, the big question remains: no one knows exactly what he wants.

His swinging attitude perhaps partly reflects the difference on strategy towards China, with Peter Navarro standing firmly on the most hawkish side of the spectrum. Trump still has time in figuring out a sensible strategy towards China, thanks to the strong GDP number in the second quarter motivated by tax cuts. But investors, farmers, and manufacturers may not have such patience as they are at the front line of feeling the pain and no money is willing to go to the "war-zone."

It seems that both parties want an off-ramp out of the tariffs standoff, but Trump really needs to stop the swing game and figure out how he wants to get down from the off-ramp.