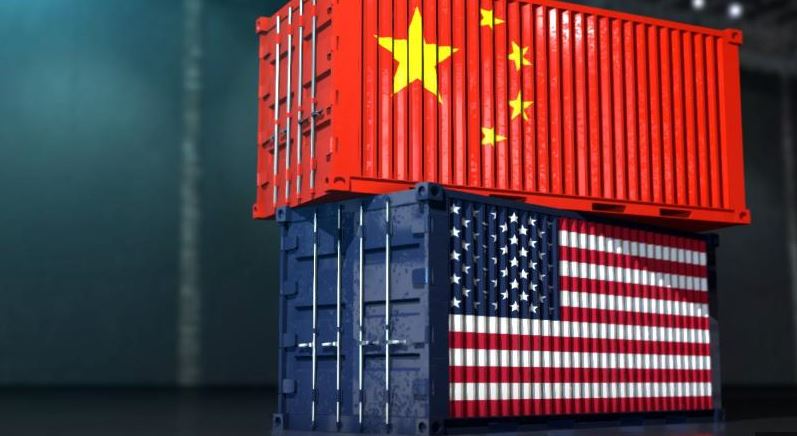 During the ongoing Sino-US trade friction, China has imposed rational, orderly, and favorable counter measures safeguarding free trade and multilateralism. Simultaneously, pessimistic viewpoints have emerged claiming the country can neither win, nor afford, a trade war. The comments are usually followed with the claim that the trade war would cause China’s economy to plummet and constrain development throughout the coming decades.  These negative comments in particular remain unsound and unfounded.

The People’s Daily responded to both pessimistic viewpoints on Wednesday in the article “Pessimistic arguments of the China-US trade war prove unsound.”

From a macroeconomic perspective, China is the world’s second largest economy and industrial product producer. The nation is also the largest goods trader globally, and currently has the biggest foreign exchange reserve.

According to preliminary estimates from the China Academy of Macroeconomic Research, if the US imposed a 25 percent tariff on $200 billion in China goods, the move would hardly impact economic growth. It is absolutely untenable to conclude that the trade war would lead to the downfall of China’s economic growth. Such pessimistic arguments lack any basis of reality.

From the perspective of business development, China has deeply integrated into world’s industrial chain and value chain. After 40 years of reform and opening up Chinese enterprises have cultivated strong compressive capacity as well as sufficient vitality and tenacity after various trade frictions and two financial crises.

To face the US trade war, many companies have already prepared to continue transformation and upgrading. In particular they endeavor to improve their capacity for independent innovation and are starting to explore markets in Africa and countries along the Belt and Road.

From the supply-side perspective, tariffs on some of China’s export commodities imposed by the US will be gradually transmitted to the upstream and downstream of the industrial chain and value chain. The final consequence will be shared by exporters, upstream raw material and component suppliers, and US buyers. In all, it is unnecessary to overstate the impact of trade war on Chinese companies, nor should we ignore their capacity to innovate and deal with strain.

From the perspective of people’s livelihood, the trade war will not trigger sharp price fluctuations and mass unemployment. Consumption and employment closely related to people's living will remain relatively stable. Due to China’s diversified international trade, many products limited in the trade war can be imported from other countries or produced domestically.

The Chinese economy with its steady, long-term growth can handle shocks

The Chinese economy has remained on track with fundamentally sound and steady progress. This becomes a solid foundation to cope with the trade war and a source of confidence for China in the future.

In the first half of this year, China’s GDP expanded by 6.8 percent year-on-year, staying within the medium-high growth range of 6.7 percent to 6.9 percent for 12 quarters in a row. The surveyed urban unemployment rate was under the level of 5 percent for 3 consecutive months. The consumer price index increased 2 percent year-on-year, while market supply and demand is basically balanced. The producer price index rose 3.9 percent year-on-year, and corporate profits of industrial companies have maintained relatively reasonable growth, which helps to reduce the cost transmission to downstream products. As it is, major macroeconomic indicators such as economic growth, employment, price indexes, and industrial profits are all within an appropriate range.

Looking through the fundamentals to the deeper issues, China has been promoting economic structural improvements and achieving substantial results. With the advance of supply-side structural reform, the number of Chinese market entities has exceeded 100 million, soaring by around 80 percent in the last five years. The emerging industries are rocketing while traditional industries have speeded up upgrading.

Internet Plus, big data, artificial intelligence, and so on continue to give birth to new forms and new drivers, creating new possibilities for economy growth.

China’s vast market has the ability to withstand external risks

China has independent and comprehensive industrial systems. China has become the top manufacturing power among all the nations, and the only country who possesses all the UN’s industrial categories in line with the International Standard Industrial Classification of All Economic Activities, boasting 39 two-digit divisions, 191 three-digit groups, and 525 four-digit classes. Complete and various industry categories are relatively complemented, which gives China enhanced resilience and flexibility while coping with external strikes and increased counterattack capacity amid trade wars.

Strong development complementarity and differences lie in China’s cities and villages, and also China’s eastern, central and western parts. Especially in numerous villages, there contains enormous market potentials. All this makes China to some extent possess a reservoir and pressure relief valve and adequate capacity to accommodate risks, and also abundant diversity to manage external uncertainties.

The pessimistic arguments are not only a misjudgment of the internal and external situations of the Chinese economy, but also a lack of correct understanding of China’s unique institutional advantages. The firm leadership of Communist Party of China assures the nation of strong capacities of integration, mobilization and enforcement. The institutional advantages of socialism with Chinese characteristics are the ability to immediately mobilize resources in all aspects, work together, and go all out to complete missions. They are the ballast for China to withstand every risk and challenge.

The essential reason why the pessimistic arguments are sought after by some people is that they simply take China’s opening-up as opening to America, and therefore are prone to overestimating impacts of the trade war. This necessitates a clarification that China implements all-round opening-up, and trade is not completely decided by one single country or region. America is China’s biggest trade partner, but it is not the only one.