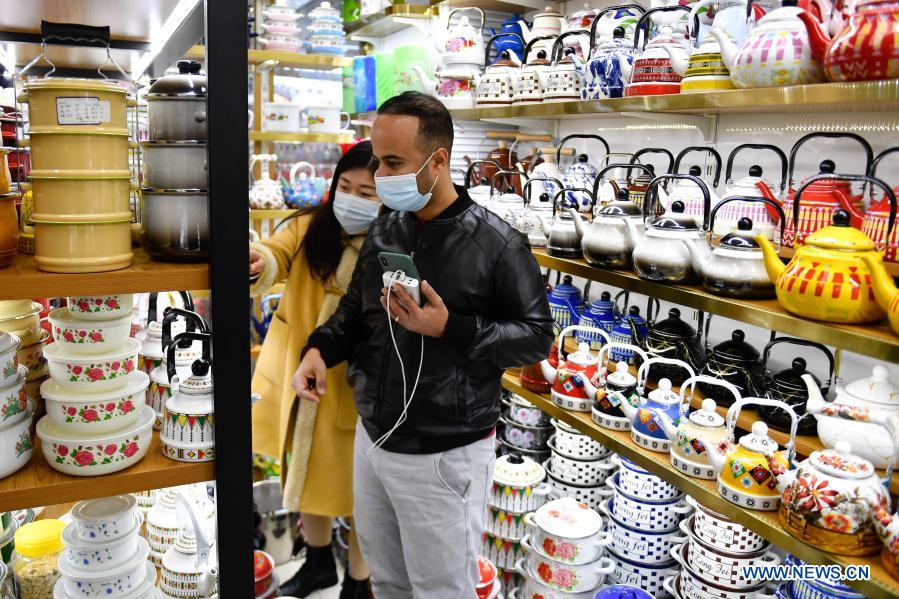 The first chartered flight of an economic and trade delegation from Suzhou, Jiangsu province, to Europe, recently arrived in Paris, taking for the hosts not only tea, embroidery and other traditional Chinese craftworks as gifts, but also new products and prototypes launched by local enterprises to promote their products, expand their business, and grab new orders.

Zhejiang, Sichuan, Chongqing, Guangdong, Hubei and other provincial-level regions are also planning to send their delegations to grab orders overseas as soon as possible.

The introduction of further optimized rules for pandemic prevention and control shows that China has truly entered the post-pandemic era. Therefore, releasing the development impetus once blocked by the pandemic, and activating the development vitality of the Chinese market have become the motivations for various regions to hunt for overseas orders. Considering Jiangsu and Zhejiang are among China's most vigorous regions that remain particularly sensitive to market changes, it is not strange that they were the first to organize chartered flights to take groups abroad for inking new deals in the post-pandemic era.

Securing more overseas orders not only activates the foreign trade sector, but also adds dynamism to the domestic sector by injecting impetus into the sustainable development of the local economy. In this regard, the Pearl River Delta region has also not sat idle. Guangdong, Hong Kong and Macao have organized global investment promotion conferences in local regions, with Guangzhou, the capital of Guangdong province, signing a series of big investment deals with some global top 500 enterprises. Sichuan, Hubei, Chongqing and other inland provinces and cities have also taken similar actions, and more regions are expected to follow suit. All these are encouraging signs for the Chinese market.

While the Yangtze River Delta, the Pearl River Delta and other eastern regions have played the role of an engine for China's economy, the less developed central and western regions are also catching up.

The authorities said that China will make greater efforts to boost market confidence, stabilize growth, employment and prices, and improve overall economic operation. This not only sets the tone for economic work in 2023, but will also activate the resilience and vitality of China's economy in the post-pandemic era.