Washington has unveiled its plan this week to withdraw 11,900 troops out of Germany, as part of a sweeping troop re-organization that has brought condemnation from both parties in the U.S. Congress, as well as from European allies.

Among the U.S. troops that would be withdrawn, about 5,600 will be repositioned to other North Atlantic Treaty Organization (NATO) countries, while the rest will return to the United States with some beginning rotational deployment back to Europe, Secretary of Defense Mark Esper told a news briefing.

The Pentagon chief claimed that the redeployment, which could begin within weeks, will strengthen NATO, enhance deterrence against Russia and improve U.S. strategic flexibility.

Observers, however, cannot help but notice a widening rift between the two allies across the Atlantic Ocean, who have been experiencing unprecedented discords for the past few years, making some believe that a kind of structural change is taking place in their partnership. 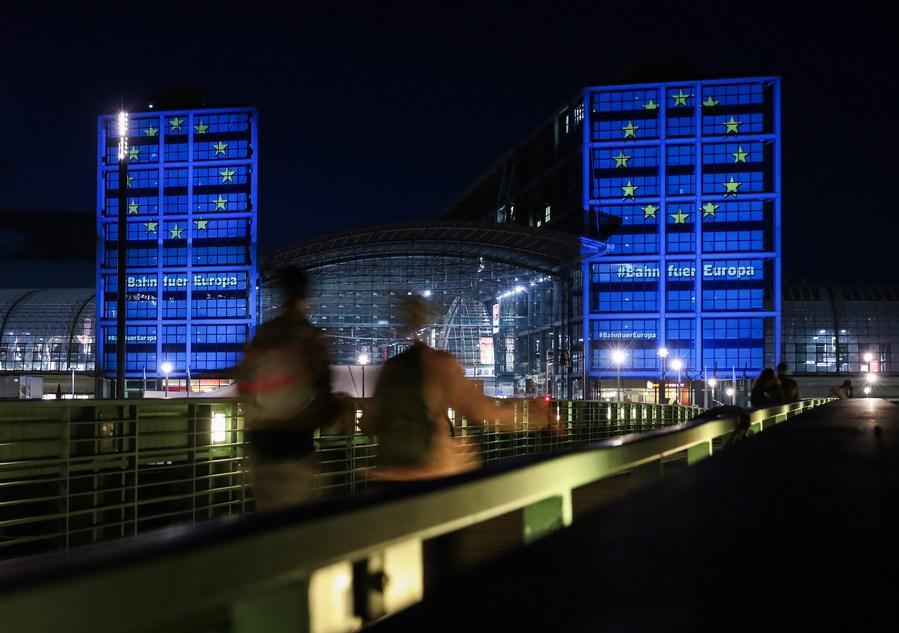 The Berlin Central Train Station is illuminated with light of EU theme in Berlin, capital of Germany, on May 7, 2019. (Photo: Xinhua/Shan Yuqi)

Ever since Donald Trump assumed U.S. presidency and made "America First" his administration's motto, Europeans have had to get used to the president's casual willingness to risk decades-old alliances and rip up international agreements.

From the Iran nuclear issue, the termination of the Intermediate-Range Nuclear Forces (INF) Treaty and U.S. Middle East policies, to climate change and trade disputes, Washington has gone its own way without consulting its partners in advance and undermined Europe's security and economic interests, let alone the U.S. withdrawal from several international organizations.

The key framework for NATO, the traditional transatlantic alliance, has also been put in doubt as Trump called the military alliance "obsolete."

Earlier in July, U.S. Secretary of State Mike Pompeo sent fresh warnings of possible sanctions to companies involved in the Russia-Germany pipeline program and the second line of the Turk Stream. But German Foreign Minister Heiko Maas quickly rejected the threats and accused Washington of its extraterritorial sanctions. 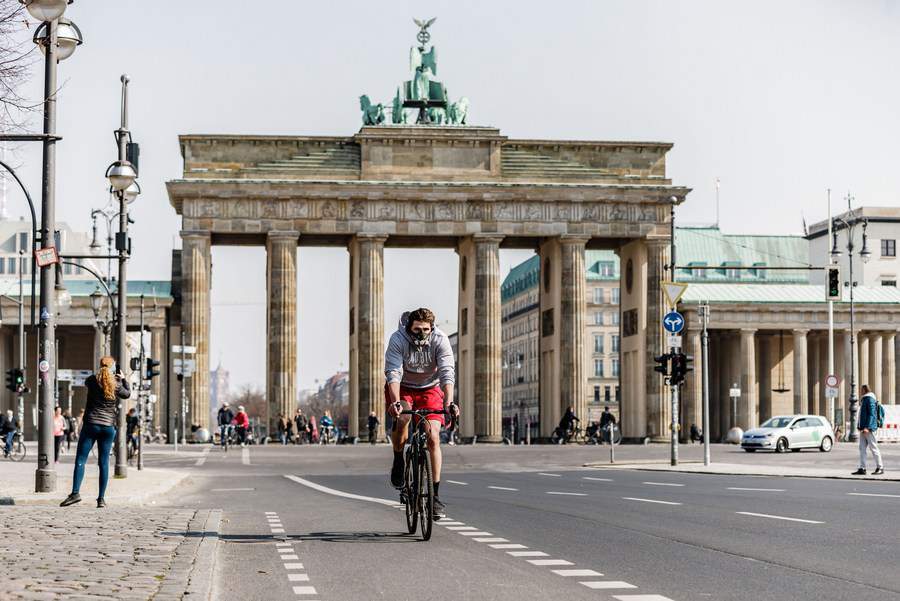 A bicyclist is seen near the Brandenburg Gate in Berlin, capital of Germany, March 28, 2020.

The COVID-19 pandemic has split the two sides further. The United States seized a mask shipment bound for Europe. It also attempted to secure exclusive American rights to a vaccine under development in Germany, not to mention the two sides' different attitudes towards the World Health Organization.

The ties between Europe and the United States now seem to be further worsening after the troops withdrawal plan.

"We don't want to be the suckers anymore," Trump told reporters at a White House briefing on Wednesday, reiterating his contention that NATO allies are taking advantage of the U.S. generosity. 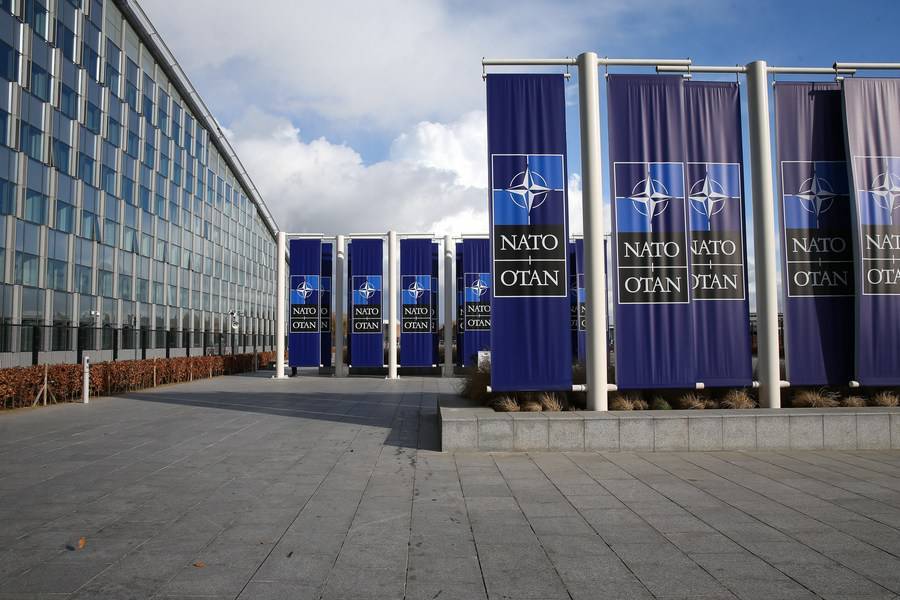 Esper said at a Pentagon briefing that the move would boost U.S. strategic interests, and prepare the military for "a new era of great power competition."

On the other side, Germany, serving as a key hub in NATO military presence in Europe's geological heart, considers U.S. troops critical to its security and that of West Europe. Therefore, Berlin is angry that Washington made the decision without consulting its ally and used it as a punishment of Germany's incompliance on the NATO defense budget goal.

"Europe's most important partner is the United States. Of course, I am aware that working with America is currently more difficult than we would like," German Chancellor Angela Merkel said on May 27 at the Konrad Adenauer Stiftung when she was introducing the foreign and security policies during Germany's current half-year EU Council Presidency. 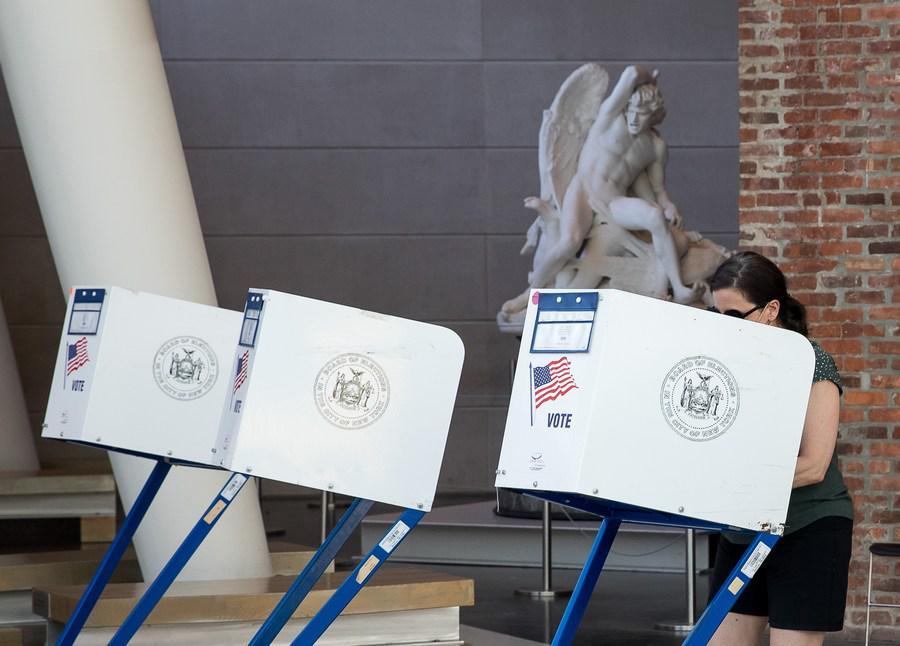 People vote at a polling site during the New York 2020 primary elections in Brooklyn borough of New York, the United States, June 23, 2020.

Following Esper's announcement of the armed forces' withdrawal plan, Peter Beyer, the German government's transatlantic coordinator, said the reduction of American troops in Germany is "not in Germany's nor NATO's security interests, and also makes no geopolitical sense for the United States.

"Great cold between the United States and Europe," French newspaper Le Monde titled an editorial on June 20, saying that Europe is aware of the deteriorating transatlantic relations, and they have to act.

Josep Borrell, the European Union High Representative for Foreign and Security Policy, told the Wall Street Journal earlier that Washington's attacks on Europe have materially damaged the transatlantic relationship, adding that Europe should recognize that the situation will not return to the past.

"Those in Europe who are now betting everything on a change in the White House should be prepared for the fact that even in that case it will not be as comfortable as it once was," Maas told Rheinische Post on Monday. 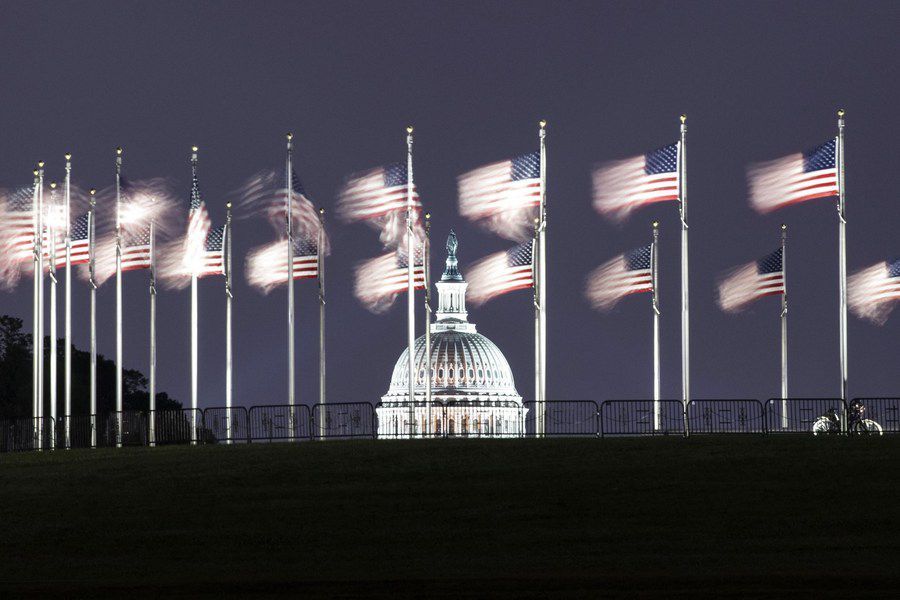 "U.S. foreign and security policy has changed, and not just since Trump became president," Maas said, who earlier noted that the transatlantic partnership has "structural changes."

Some observers believe that the structural changes may refer to U.S. withdrawal from global affairs and waiver of responsibilities, considering that over the past century the United States has touted its global leadership in many global crises.

In some observers' views, the COVID-19 pandemic is probably the first global crisis in more than a century where no one is even looking to the United States for leadership. It, together with other contributing factors such as the troops withdrawal, has brought U.S.-Europe divisions into focus and prompted calls for a rethinking of the transatlantic relationship with regard to the new circumstances.

"We grew up in the certain knowledge that the United States wanted to be a world power. Should the U.S. now wish to withdraw from that role of its own free will, we would have to reflect on that very deeply," Merkel told media in late June.