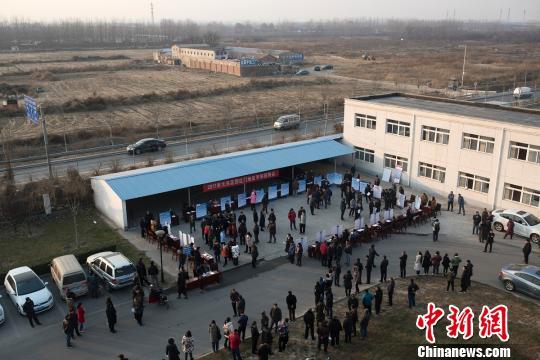 A photo that went viral on social media platforms, captioned as homeless migrant workers sleeping outdoors on a roadside in the freezing cold of Beijing, which coincides with the city's 40-day crackdown on rental homes that are potential fire hazards, has been identified as one from the 2015 earthquake in Nepal.

Despite the photo being misused, there have been concerns raised about the campaign since tenants of rental homes found to be "unsafe" in Beijing's ongoing safety checks are being forced to leave en masse. But the city-wide campaign is not driven by a government agenda to get rid of the "low-end population" as some are suggesting, the municipal authorities have stressed.

They did not use, or even invent that term. Nobody wants to take credit for that. But despite that, the discriminative, derogatory term is often heard off the record and it hardly raises an eyebrow in present-day Beijing.

It is a harsh truth, but low-income, non-local residents, mostly transient workers from rural areas, seldom get the treatment they deserve for making our cities better places to live. Instead, they are more often viewed as a dispensable, even unwelcome group by many.

And that the renters of residences in the capital suddenly found unsafe, even "illicit", are being evicted on very short notice, a week maximum, amid the hostile winter winds blowing through the capital may indeed sound harsh. To them, at least for now, Beijing is not as local authorities claim – "the best place to be".

But the municipal authorities in Beijing have reason to feel wronged.

This is a well-intentioned campaign gone awry. Well not awry, rather from their perspective it is being misread.

The November 18 fire in Daxing District, which claimed 19 lives, was a reminder of the deadly potential unsafe rental homes pose, to which the authorities have responded quickly with sweeping checks.

They admit some of campaign might have been carried out too hastily, but they are already taking steps to rectify this.

Portraying what is a necessary safety campaign as expelling those who are unwanted is thus irresponsible and groundless, as the authorities say.