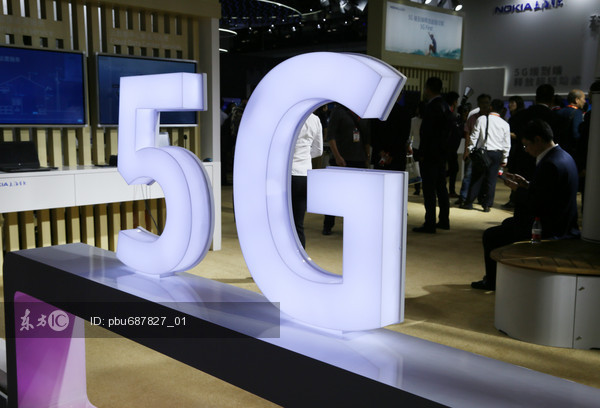 As it makes strenuous efforts to develop mobile technology for the fifth-generation (5G) mobile network, China has an unprecedented opportunity to remake itself from a follower into a leading innovator in the telecommunication industry.
The 5G technology, which will offer faster data speeds and more bandwidth than that of the fourth generation, is expected to be put into practical use by 2020.
There will be more than 1 billion 5G users by 2023, more than half of them based in China, UK-based market research company CCS Insight predicted in a report issued on Wednesday.
While China already has the world's largest mobile telecoms market by subscribers, whether the country can dominate the next revolution in mobile technology will largely depend on whether it can lead the innovation for a unified 5G standard.
General Secretary of the Communist Party of China (CPC) Central Committee Xi Jinping said in a speech at the opening session of the 19th CPC National Congress Wednesday that innovation is the primary force driving development, and it is the strategic underpinning for building a modernized economy.
There are more than 800,000 industry standards in the world, but only about 2 percent are international standards. For historical reasons, most such international standards were developed by Western countries, with China having a share of less than 0.2 percent. Chinese companies have had many bad experiences with core technologies at the hands of others.
For instance, in the 3G era, to avoid paying huge patent royalties to the companies that developed the globally recognized 3G standard, China Mobile promoted a network based on a new 3G standard. But since that standard is not compatible with any other global network, smartphone makers had to set up dedicated production lines for China Mobile.
So there is every reason for China to be actively involved in the creation of a global 5G standard. According to media reports in September, domestic telecommunication giant Huawei Technologies Co completed tests for the second phase of 5G technology research and development.
China may be a latecomer in developing globally accepted standards, but with its accelerating industrialization in a new era of technology, that is bound to change. This shift will facilitate China's manufacturing and market upgrades. To a large extent, the ability to establish globally recognized standards will determine whether the Chinese manufacturing sector can move up the global value chain.