OPINIONS Trial by fire will show if lessons learned

Trial by fire will show if lessons learned 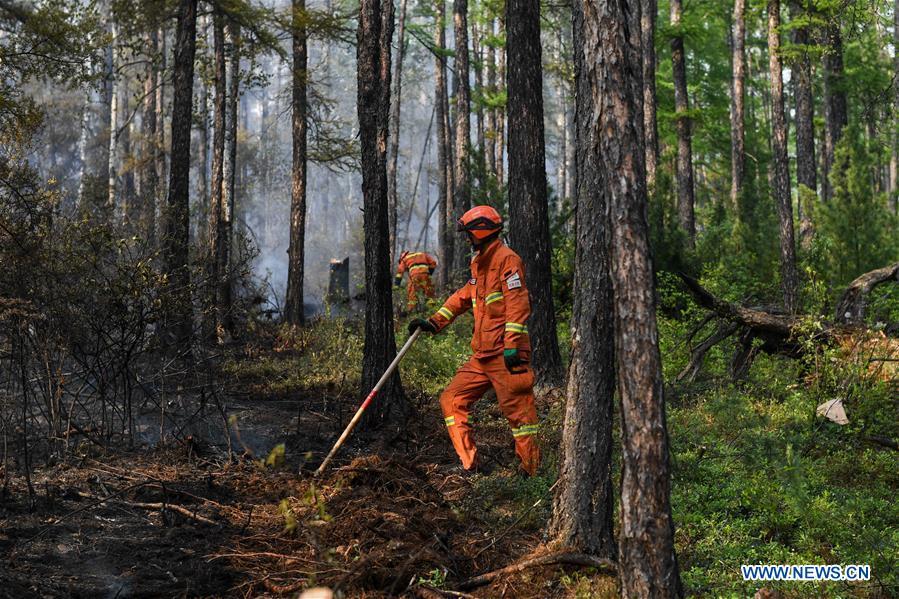 Forest fires were spotted at two localities in the Greater Khingan Mountains in the Inner Mongolia autonomous region on Saturday afternoon. More than 2,000 firefighters were sent to battle the fires.

It was good to hear the fire at both localities had been controlled as of Saturday night, with large amounts of fire-fighting equipments, including three helicopters, having been deployed to help the firefighters bring the fire under control.

Initial investigations conducted by local forest police indicated that the fires were ignited by lightning, with local meteorological departments warning of thunderstorms.

Considering that the region, one of the largest forest zones in the country, is entering its annual storm season, local forestry bureaus and forest fire brigades must be vigilant.

It is suggested that the central government departments take full advantage of satellites and remote sensing technologies to strengthen local forestry bureaus' monitoring of the situation in forests across the country.

The forest fires in the Liangshan Yi autonomous prefecture in Sichuan province that claimed dozens of firefighters' lives in April last year and this year respectively expose how far the country has to go in fighting and preventing forest fires.

An early warning system is important to tackle forest fires at the earliest opportunity.

The fast changing meteorological conditions in the mountains, which mean the wind can instantly change direction can lead to the firefighters being completely encircled by fire, and the intensifying of a fire due to marsh gas generated by thick rotten fallen leaves in the valleys adds to the dangers faced by the firefighters.

The advance of relevant technologies should make forest fire control and prevention easier than before. In May 1987, it took more than 25 days to put out a fire in the Great Khingan Mountains that affected a region as large as Scotland, claimed 211 lives and made more than 50,000 people homeless, making it the worst fire in the country since the People's Republic of China was founded in 1949.

The costly lessons of the Liangshan forest fires and the 1987 fire must be heeded.