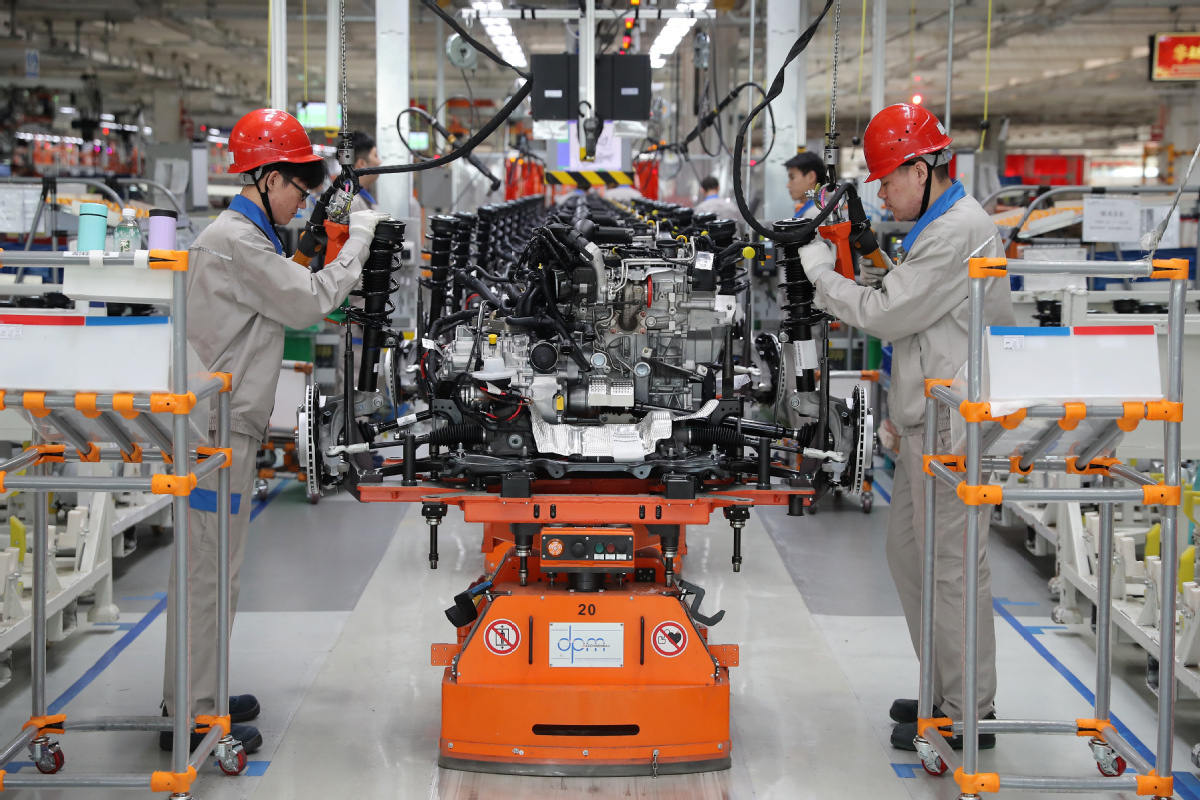 FAW-Volkswagen employees work on an assembly line at the automaker's Tianjin plant. (Provided to China Daily)

On Tuesday, Jiangsu province announced that in 2020 its gross domestic product reached 10.27 trillion yuan ($1.58 trillion), up 3.5 percent over the previous year, becoming the second province after Guangdong to have GDP of more than 10 trillion yuan.

According to data released the same day, the GDP of Jinan, capital of Shandong province, exceeded 1 trillion yuan in 2020, making it the latest entrant to the "1 trillion yuan club", which has 22 other cities.

This prosperous club is followed by cities with GDP higher than 500 billion yuan. What's noteworthy is that the impressive GDP growth was achieved even as the novel coronavirus raged around the world, bringing uncertainties to domestic and foreign markets.

In 2020, China's GDP exceeded 100 trillion yuan for the first time. That, together with the GDP of Guangdong and Jiangsu provinces crossing 10 trillion yuan and that of 23 cities exceeding 1 trillion yuan, shows China is emerging as a big economic power.

Several global institutions had earlier predicted that China would be the only major economy to register positive growth in 2020, but China's full-year GDP growth of 2.3 percent still surprised analysts. China's impressive economic performance is linked to internal factors.

First, China has made remarkable achievements in controlling the epidemic to a large extent, demonstrating its strong capability to mobilize resources. Second, China's targeted monetary and fiscal policies have not only solved the problem of insufficient market liquidity, but also reduced the financial burden on market players, especially the problems of micro, small and medium-sized enterprises.

In addition, because of its more open policy while attracting foreign investment, China's inbound foreign direct investment increased by 4 percent to $163 billion in 2020, making it the world's largest recipient of FDI. This demonstrates that global capital flows make their own rational choices. Having made remarkable achievements in fighting the epidemic, and with a good business environment and high level opening-up, it is inevitable that international capital should flow into China.

In addition, the economic data in 2020 shows China's economic development is more balanced, and therefore stable, among regions. The International Monetary Fund has forecast China's economy will grow by 8.1 percent in 2021.

But China should not just pursue high speed growth, it should also continue to focus on high-quality development.