Trudeau signals a reset on China-Canada ties with new ambassador 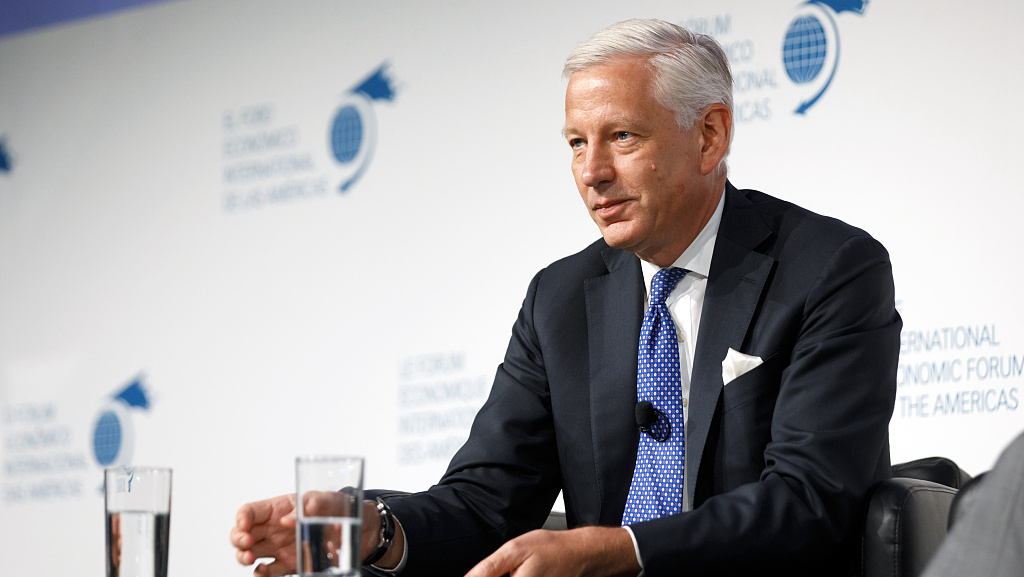 The appointment of Dominic Barton as the new ambassador of Canada to China might be an indication that Prime Minister Justin Trudeau wants to hit the reset button on bilateral ties. Barton probably understands China well with his experience as McKinsey consultant envoy to China for many years. He is also said to have good relations with China's top leaders. Barton's appointment sends the message that Canada is keen on establishing closer ties with China, possibly leading to a Free Trade Act (FTA).

Trudeau's enthusiasm in forging closer ties might not only be driven by the economy, but also to maintain the relationship first established by his father, Pierre Trudeau. The elder Trudeau was one of the first western leader travelling the country extensively in the 1950s, and who established diplomatic ties with China in defiance of US pressure in 1970.

Pierre Trudeau probably opined that the world cannot keep 25 percent of humanity in isolation and envisioned that China could one day reclaim its past glory and provide a huge market for Canadian exports. He was right on both counts. China is now the world's second largest economy and Canada's second biggest trade partner.

Similarly, prime minister Trudeau might want to follow in his father's footsteps and take the opportunity to boost Canada's economic prospects. Unfortunately, the younger Trudeau does not appear to be as "strong" a leader as his father or subsequent Liberal prime ministers such as Jean Chretien. He has been unable or unwilling to push back on US pressure, approving the arrest of Huawei's chief financial officer Meng Wanzhou at the request of the US for extradition.

Domestically, Justin Trudeau has been criticized by the Conservative Party and Canada’s anti-China crowd. They've called the prime minister weak in dealing with China and not doing enough to free the two Michaels, Korvig and Spavor, whom they believe were detained as a tit-for-tat move. He has also been criticized for not taking China to task at the World Trade Organization for blocking Canadian imports of canola and meat.

Anti-China sentiments have been rising because of the protracted diplomatic and trade spats. And with 2019 being an election year, Trudeau must be seen as being "tough" on China, blaming it for the issues and criticizing the country for not respecting "universal rules and values."

However, Trudeau's "tough" words on China might just be to placate his domestic base, and increase his Liberal Party’s prospect of winning a second term. According to the latest Leger Poll, the Liberal Party is running “neck-and-neck” against the Conservative Party. And presenting himself as the defender of Canadian interests and values might earn Trudeau a second term because of rising anti-China sentiments.

If Trudeau wins a second term, there is a reason to believe that he would do all he can to put the China-Canada relationship back on track because China can help lift up Canada’s economy. The Canadian economy is projected (by the International Monetary Foundation) to grow around 1.5 percent this year and perhaps lower in subsequent years due to the China-US trade spat. Trudeau probably recognizes China's importance in reversing Canada's economic misfortunes.

Though Canada is a signatory of the new Comprehensive and Progressive Agreement for Trans-Pacific Partnership (CPTPP), the benefits have not met expectations nor substantially improve the country’s economic prospects. Trade between Canada and other members has only increased marginally, and most, if not all, of the members depend on China for their economic well-being. What's more, some members ⁠— New Zealand, Australia, Indonesia, etc. ⁠— are more competitors than trade partners because they are essentially exporting the same things as Canada.

The Canada-European Union Free Trade Agreement (C-EUFTA) similarly did not generate a substantial level of trade. The EU, in fact, is not looking to Canada but to China to reverse its downward economic trajectory. Other than agricultural products, there are few goods that the EU wants from Canada. And the heavily protected and subsidized EU farm industry has prevented large scale Canadian agricultural exports to the bloc.