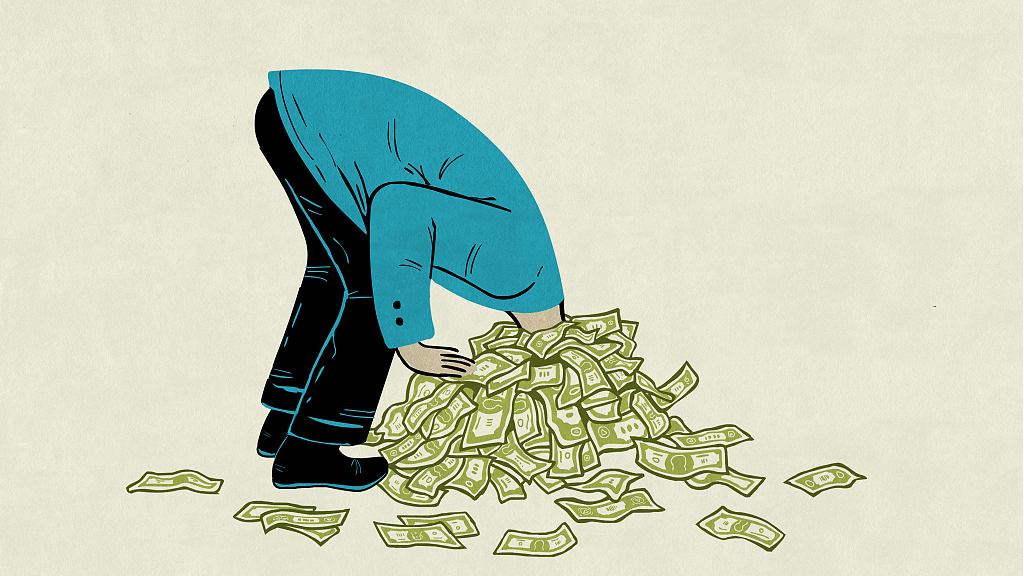 As the Trump administration continues to escalate the Sino-US trade war, there is another parallel battlefield, namely the information campaign. Worries about the US falling into recession are growing, while complaints from US businesses and consumers about the trade war are also getting louder. However, Trump and some senior White House officials have repeatedly denied this. They are desperately trying to cover up the great harm caused by the trade war to US interests and the global economy.

On August 25, Director Kudlow of the White House National Economic Council told CNBC and CNN that the G7 Summit was going very well and no leaders had expressed any concerns about the trade friction between the United States and China; at present, the US economy is still strong, so he did not worry about the risk of a recession.

This is obviously a lie.

At the G7 Summit in Biarritz of France, leaders such as French President Emmanuel Macron, German Chancellor Angela Merkel and British Prime Minister Boris Johnson explicitly expressed their opposition to the escalation of the trade war.

Peter Navarro, a top trade adviser to the president and the hidden driver of escalating the trade war, is also lying. On August 23, he said in an interview with Fox News that a trade war would not lead to a rise in domestic prices or a slowdown of the economy. He said that the Chinese have borne all the consequences of the rising tariffs by slashing their prices, reducing the value of their currency and shifting their supply chains, which is good for the United States.

However, the "false messages" released by the White House simply do not hold water. Recently, the US Congressional Budget Office (CBO) warned about the consequences of Trump's tariff increases on China and other countries. The report issued by the agency said that the tariffs would lead to a rise in domestic prices, which will reduce the purchasing power of consumers and increase the investment cost of enterprises. It is expected to lower US GDP growth by 0.3 percent in 2020. The US Manufacturing Purchasing Managers' Index hit 49.9 on August; a new low since September 2009 and below the level needed for expansion, indicating that the US manufacturing industry is contracting.

In addition, according to JP Morgan's latest projection, the average annual cost per American family brought on by the new round of US tariffs on China will rise from the current 600 US dollars to 1,000 US dollars. Unlike the agricultural sector, Trump has no simple way to compensate for consumer losses. After the Trump administration's recent decision to raise tariffs on Chinese products, Ryan Findlay, CEO of the American Soybean Association, said that there have been almost no private company purchases of the US soybeans for a year now. It is past time for both parties – China and the United States – to step up, stop tariffs, and find a resolution.

Last year, Omarosa, Trump's former aide and Communications Director of the White House Public Liaison Office, published a book called "Unhinged: An Insider's Account of the Trump White House." Omarosa had been in the White House for nearly a year. Her details about the chaos inside the White House drew fury from Trump who called her a "dog."

Facing pressure brought on by the trade war, in addition to covering up the truth, another strategy employed by the White House is to shirk responsibility. Trump and Navarro put a target on the back of the Federal Reserve System (Fed) Chairman Jerome Powell. Their malicious attacks on Powell have gone beyond political and moral bottom lines. As the Fed refuses to be a lapdog of the White House, Trump denounced Powell as an enemy of the United States. The White House attributed the difficulties facing the US economy not only to Beijing but also to the Fed.

Powell has repeatedly stressed that the uncertainty of the trade policy affects the outlook of US economic growth and has tried to safeguard the neutrality of the Fed. On August 23, he delivered a speech entitled "Challenges for monetary policy" at the annual symposium in Jackson Hole. While monetary policy is a powerful tool that works to support consumer spending, business investment, and public confidence, it cannot provide a settled rulebook for international trade. In other words, the consequences of the Trump administration's reckless escalation of the trade war should not be borne by the Federal Reserve.

In fact, in terms of the interest rate cut, the Fed has very limited room for further maneuvering. Former US Treasury Secretary Lawrence Summers also warned that interest rate cuts would lead to a financial bubble. It could not effectively stimulate demand and might even have the opposite effect. Former Fed Vice Chairman Alan S. Blinder wrote in Time magazine that the Trump administration could have met China's challenges by joining the TPP, "But we'll never know because Trump, in one of his first rash acts as President, foolishly pulled us out"… "It's hard to see how the short-term sugar high can come close to balancing the long-term costs of the trade war."

From Trump's recent policies, it can be seen that he is actually very anxious about the prospect of a US recession, which will seriously affect his reelection campaign in 2020. Although an information campaign was launched to cover up the harm of a trade war, the White House has been quietly preparing for the possible recession. Trump has called the chief executives of major banks to seek solutions to the stock market crash.

Moreover, the White House is also considering other stimulus measures such as tax cuts. However, any attempt to boost the economy by cutting taxes or increasing fiscal expenditures will not go smoothly given the sharp expansion of the US government debt. The CBO said that the federal deficit in the fiscal year 2019 will reach 960 billion US dollars and the deficit in 2020 will reach one trillion US dollars, the highest since 2012. The annual deficit in the next 10 years will account for a fluctuation of between 4.1 percent to 4.7 percent of GDP, which is far higher than the average of 2.9 percent in the past 50 years.

In short, the White House's chaotic decision-making process is out in the open. The US, China and the entire world economy have to pay a huge price for it. The Trump administration needs to own its mistakes and return to the negotiation table with sincerity as soon as possible. This is the only right path to go down.