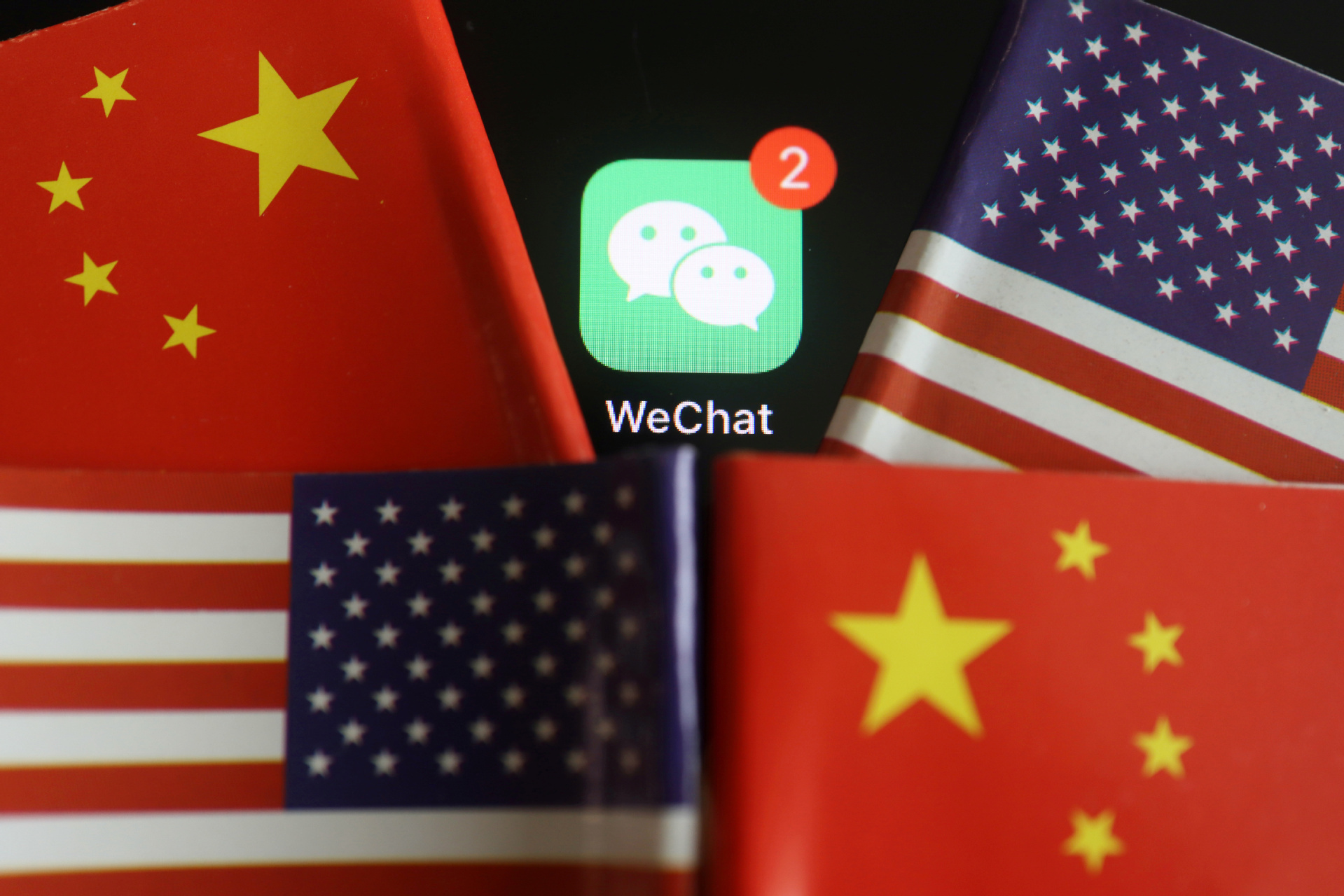 The messenger app WeChat is seen among US and China flags in this illustration picture taken Aug. 7, 2020. (File photo: Agencies)

It tasks the Commerce Department with defining which transactions will be banned under the directive within 45 days. Undoubtedly this provocative move targeted at Chinese apps is more out of political motives, but it will harm the US economy more than Chinese enterprises. The order may soon be invalid because President-elect Joe Biden will be sworn in on Jan 20.

Reuters disclosed that the US Commerce Department plans to act before Jan 20 when Trump leaves office to identify prohibited transactions. But even if the ban takes effect on time, Biden can still revoke the order. He should have the wisdom and courage to erase the current administration's legacy.

By doing so, the Trump administration harms the interests of US companies as well as the Chinese-American community, and creates an opportunity for Biden to please these groups if he corrects Trump's wrong policy.

However, what the Trump administration is doing, is nothing new. He just tries to continue to play the China-bashing card, aimed at reversing the presidential election results and affecting the ongoing senate race by sensationalizing the sentiment against China.

China is not interested in the political struggle in the US. And the US politicians should stop their practice in dragging Chinese companies into their game.

Hopefully similar mistakes will be corrected.

The author is a researcher at the Chinese Academy of International Trade and Economic Cooperation.